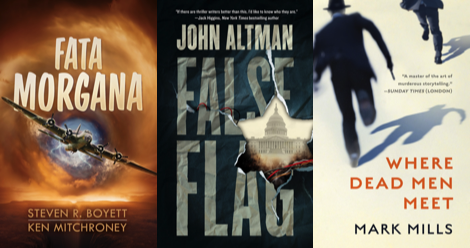 This giveaway is sponsored by Blackstone Publishing, publisher of Fata Morgana by Steven R. Boyett and Ken Mitchroney, False Flag by John Altman, and Where Dead Men Meet by Mark Mills. 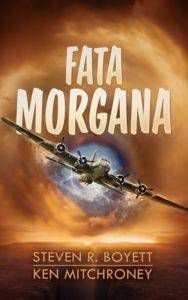 At the height of World War II, Captain Joe Farley and the baseball-loving, wisecracking crew of the B-17 Flying Fortress Fata Morgana are in the middle of a harrowing mission over East Germany, when the bomber is knocked like a bathtub duck into another world. Suddenly stranded with the outcasts of a desolated world, Captain Farley navigates a maze of treachery and wonder—and finds a love seemingly decreed by fate—as his bomber becomes a pawn in a centuries-old conflict between remnants of advanced but decaying civilizations. The crew must use their formidable inventiveness and courage to survive. 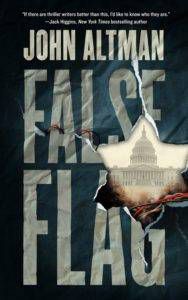 Israeli-born Dalia Artzi, a tactical genius and specialist at Princeton in the study of maneuver warfare, uncovers a fiendish plot by a small group of Israeli fanatics to commit a horrific crime against the United States government. Meanwhile, Jana, a beautiful but deadly Israeli operative taking orders from the conspiring fanatics, is determined to fulfill the deadly mission entrusted to her. Centered on a fascinating and original Israeli heroine and antiheroine, False Flag probes some of the most important political and moral conflicts of our times. 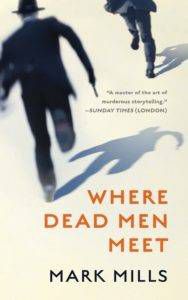 Paris, 1937. Luke Hamilton—a junior air intelligence officer at the British Embassy—finds himself the target of an assassination attempt. A case of mistaken identity—or so it first appears. As Luke is hunted across a continent sliding toward war, he comes to learn that the answers lie deep in a past that predates his abandonment as a baby on the steps of an orphanage twenty-five years ago. From the author of the bestselling The Savage Garden, a new, compelling novel, rich in adventure, espionage, secrets, and lies.

We have 10 copies each of Fata Morgana by Steven R. Boyett and Ken Mitchroney, False Flag by John Altman, and Where Dead Men Meet by Mark Mills to give away to 10 Riot readers! Just complete the form below to enter. Entries are limited to the United States and will be accepted until 11:59pm, Thursday, July 13th. Winners will be randomly selected.