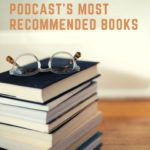 I love to look back each year at the books Amanda and I have recommended the most on Get Booked. And this year, not only do we have the top books of 2019, but thanks to the efforts of librarian listener Stephanie and her amazing spreadsheet, we’ve got our all-time most recommended books as well! We’ve been doing the show since 2016, and it’s fascinating to see the titles that we just can’t stop pitching.

So let’s start with 2019, shall we? We have a rule on Get Booked that we can only recommend a title three times in the same year, and this year we only maxed out five: 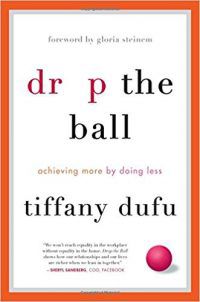 Drop the Ball by Tiffany Dufu

If you were looking for career advice or marriage advice this year, chances are I pulled this one out. I’ve been on a mission to get as many people as possible to read this—and I feel really good about my success! Dufu takes a hard look at the expectations around women in business and in male/female romantic relationships, especially women of color, and breaks down the ways in which we can let go of untenable expectations, build real partnerships, and start focusing on what actually matters to us. —Jenn 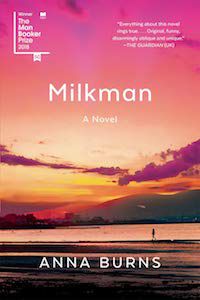 Milkman hits a lot of Get Booked FAQs—Ireland, historical fiction, experimental fiction, excellent books by women. It’s a literary unicorn: a stream-of-consciousness novel where it SEEMS like nothing much happens, but which is in fact heavily plot-driven and impossible to put down. It’s so tense, you spend the entire book waiting for a bomb (literal and figurative) to go off, and the world building of an unnamed Northern Irish city feels almost like science fiction. It’s alien, it’s otherworldly, the rules are strange and strict and the people behave in inexplicable ways. It’s also a very divisive book. People love it or they can’t finish it, and it’s always interesting to see what side of a battle like that you fall on. —Amanda 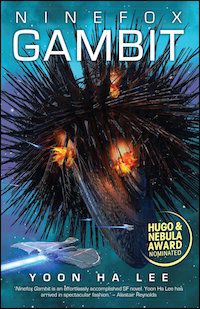 I am zero percent surprised that this made the list; I’m only surprised that this is the first year it happened. Since it came out in 2016, it’s been my go-to recommendation for: people looking for hard sci-fi; people looking for queer and/or racially diverse sci-fi; people who love math-y fiction; people who love the Broken Earth series by N.K. Jemisin and want something equally inventive in world-building and also equally heart-breaking; you get the idea. The whole series is bonkers and brilliant, AND complete, so what are you waiting for? (TW: coercion, rape, body horror) —Jenn 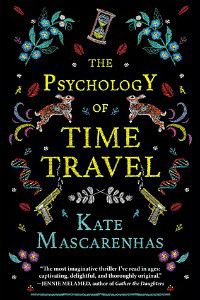 How do I recommend this book? Let me count the ways! It’s character-driven sci-fi, it’s a time travel story, it’s about women in STEM, it’s queer and racially inclusive, it’s a murder mystery, it’s got a complicated narrative structure, and it is dark and twisty AF. And it’s a debut, which is just mind-boggling to me! Mascarenhas gives us a diverse team of women who invent time travel in the 1960s and whose lives are forever changed by it, in ways not necessarily great, that echo down through generations. It’s one of the most interesting debuts I read in the last year and I will very likely keep yelling about it in years to come. (TW: self-harm, suicidal ideation, eating disorders, hazing) —Jenn

A queer love story between the First Son (the son of the President of the United States) and Prince Henry of the United Kingdom. I recommended this so much because it was written right after the 2016 election as a fairytale alternate history, and it’s so heartwarming and satisfying in those ways. The bigots get their due. The good guys win. Also, the love story is just GOOD. The evolution of their relationship makes so much sense, and the sex is steamy AF, and their emails are so sweet and intense. And there’s a scene where the royal family secretly meets with the Queen after she commands Henry to stay in the closet, and they give her what-for, and it is so vivid and fist-pumping and excellent. This is the world I want to live in. —Amanda

And now, we are VERY pleased to present (seriously, this is an amazing list of books and you should read them all immediately)…

The Top 11 Get Booked Picks Of All Time!

A comedy of manners, Regency-era fantasy about a young black man who becomes Sorcerer to the Crown, thereby riling up High Society, and a young biracial woman who has powers she’s not supposed to. Charming, fun, recommended for any/all fantasy fans who want more inclusive stories.

A collection of essays that grew out of Strayed’s Dear Sugar advice column, covering everything—heartbreak, friendship, family, trauma, career, you name it. A go-to for anyone facing a difficult life moment, and who needs to feel validated and seen.

The Wangs vs. The World by Jade Chang

A whipsmart and hilarious family road trip set during the economic crash of 2008. Each member of the Wang family gets their narrative moment in the sun, and the way that they relate to each other, to their fall from wealth to bankruptcy, and to the uprooting of their lives is absorbing and masterfully done. Perfect for book clubs!

Acacia: The War With the Mein by David Anthony Durham

A multi-generational epic following the family lines of two half-sisters born in Ghana, this debut (!!!) explores the African Diaspora in heart-breaking, insightful, and beautiful ways, and is an absolute stunner.

Looking for horror plus magical realism and/or fantasy? This murder mystery, with its victims spliced with nonhuman creatures and substances in incredibly disturbing ways, is for you. Set in Detroit, it looks at art, the Internet, journalism, gentrification, and so much more. Plus, it gave us nightmares.

It’s a family drama, it’s a little bit a mystery, it’s a lot an examination of race and gender in America, and everyone has read this by now, yes? If not, please join us and do so ASAP.

Think you don’t like romance? Or you do but you want a historical romance that’s not set in Regency England? And/or you love historical fiction? And/or you want to see a romance set during the Civil War done right? Pick. This. Up.

It will make you look twice at Google and Facebook (as if we weren’t already), it will blow your mind about what else democracy could look like, and it will also give you a thrilling, action-packed ride through a near future complete with anarchists, spies, explosions, and political machinations.

Much like the Cheryl Strayed, this book has incredibly solid (and incredibly funny, because Shonda Rhimes) advice for anyone facing difficult life moments, particularly career- and relationship-wise, and also if you are a fan of Rhimes’s TV then you absolutely must read this—it becomes so clear where her characters’ voices come from.