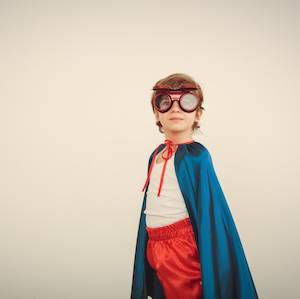 This is a guest post from Sharanya. Sharanya is an elementary school teacher in Washington, DC. When she’s not running around after children like a madwoman, she likes to sit and inhale books and coffee. She’s had a life-long love affair with middle-grade and YA lit, and hopes to write her own novel(s) in those genres some day. Follow her on Twitter @srsharms.

If it weren’t for fictional boys, my life as a teacher would be so much harder than it already is.

I love mothering them. I love turning on my sharp Teacher Voice to tell them in no uncertain terms that the plan they’re thinking of is unequivocally ridiculous. They never listen, of course, but I happen to be very used to that. But more importantly, I love what they tell me: Be patient with us. Don’t give up on us. Take us seriously. These boys remind me that if we want to live in a world where people are treated with dignity no matter what they look like, sound like, or want in life, it starts with kids just like them. Boys who realize they have to step up and do something about the world they live in. 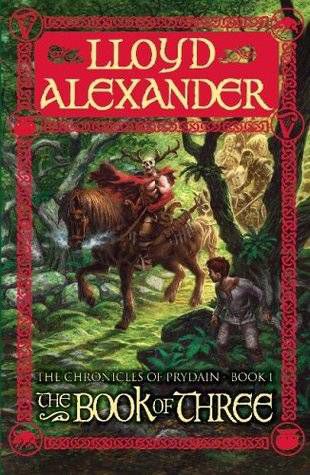 It started with my best friend. She gave me a book called The Book of Three, and that’s how I met Taran. Taran was thirteen, Taran was an Assistant Pig Keeper, and Taran was a world-class idiot. A lovable idiot, but still. It amazed me that Gwydion was ever able to keep him close in order to protect him because frankly Taran needed a swift kick in the butt and an exhausting round with the Cauldron Born to knock all of the sense into his head. Because he didn’t get why he couldn’t just run around in the woods tumbling head first into as many fights as possible since that’s how the cool kids are supposed to do it (you see what I mean about the idiocy).

But then, something happened. He started getting older. And I don’t just mean in a he-got-taller-and-his-voice-probably-got-way-less-squeaky way. In the second book, he was sacrificing his chance for recognition in order to get a job done. In the third, he was trying to figure out how to talk to girls (bless him). In the fourth and fifth, he took some time to finally figure out who he was, and began to lead others with his new found confidence. And the coolest part of all? I got to be there for every step of the process. The eye-rolling, laugh-out-loud, gasping, cheering, tear-jerking process.

And then I started to find others like him. I could wax poetic about how Harry Potter changed my life, but I won’t. And I say this not because I want to dismiss Harry (AS IF I EVER COULD), but because many, many other, frighteningly brilliant people have written scores of essays on things like the significance of Harry lifting his right pinky on page 463 of the fifth book already. (No, I don’t think that actually happened). So, you know. Sure, I could tell you that Harry is probably the most influential Boy Hero not only of my life but of this entire millennia thus far, but I think you know that already. And if you didn’t, please crawl out from the rock you’re under ASAP. It’s really nice and sunny up here.

After Harry came Percy Jackson, who came into my life at exactly the right moment. Since Riordan taught middle and high school English for about many years, it should come as no surprise to anyone that he is extremely fluent in Boy-speak. Still, his ability to capture the essence of twelve-year-olds, in all of their awkward, sarcastic, hilarious glory, and distill it into one book is freaking magical. Because that’s what Percy was…awkward, angry, and hilarious. He won me over not just with his wit and humor but also with his incredible sense of loyalty, his powerful leadership skills, and his friendships. And it was around this time that I realized…I have a Definite Type.

Types like Bartimaeus and Nathaniel from The Bartimaeus Trilogy (brooding, angry, full of acerbic wit and sarcasm…yep, I sooooo have a Type).  And types like Alex from The Unwanteds (a recent read about kids who go to a school that’s basically Hogwarts School for the Arts), who turns from being shy and scared to being creative but insecure to being unbelievably awesome…while still dealing with being shy and creative and insecure. And definitely types like Artemis Fowl, the ultimate anti-hero…also known as the 12-year-old boy who turned being spoilt and bratty into a life-altering science…before realizing what he actually wanted was to save the world.

In the end, these characters, these brave, bratty, brilliant kids, capture one simple idea perfectly: there is possibly nothing in the world more magical than watching a boy slowly but surely learn how to actually grow up.