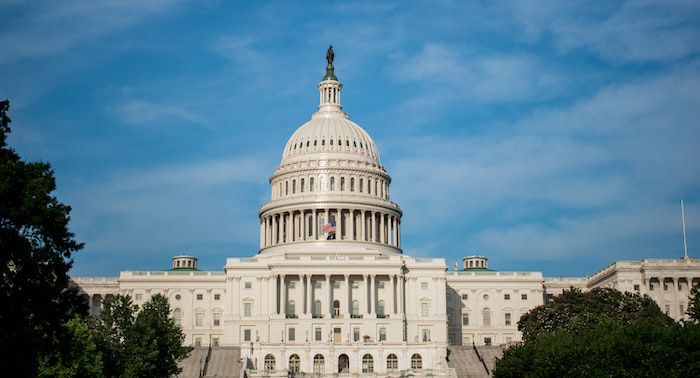 Last week, the U.S. House of Representatives voted to pass a $3.5 trillion federal funding package for fiscal year 2022 (FY22). This massive budget is meant to fund all federal government work, strengthen social support systems, and bolster climate change programs. It also passed along with an official September 27 deadline for action on a $1 trillion bipartisan infrastructure package. But negotiations are far from over. The House and Senate have now entered a reconciliation process to decide exactly how that $3.5 trillion is spent, and library advocates are fighting to make increased funding for America’s libraries a priority.

What the Congressional Budget Means for Libraries

Each year, Congress sets total spending, revenue, and surplus/deficit numbers in its budget resolution process. However, the exact details of how money is spent often relies on reconciliation, where certain Congressional committees are tasked with determining various aspects of the budget before it’s passed through the Senate with a simple majority vote.

Committees are now debating how to spend their portions of the $3.5 trillion included in the FY22 budget, and they only have until September 15 to make their recommendations. With that in mind, library supporters are advocating for their slice of the trillion-dollar pie, arguing that increased federal funding could be transformational for the nation’s libraries at a critical time.

“In 2021, libraries are at an inflection point,” said Publisher’s Weekly columnist Sari Feldman. “With billions in federal funding at stake to build, rebuild, and to reinvest in America’s libraries and library services, library supporters must see this moment for what it is: an opportunity to truly transform libraries and the future of federal library support.”

Advocates are calling on Congress to include FY22 budget provisions to address critical infrastructure in America’s libraries, in line with the funding levels included in the Build America’s Libraries Act (H.R. 1581/S. 127). This legislation, introduced in the House by Representatives Andy Levin (D-MI) and Don Young (R-AK) and in the Senate by Senators Jack Reed (D-RI), Bernie Sanders (I-VT), Sheldon Whitehouse (D-RI), and Ron Wyden (D-OR), would provide $5 billion for new and improved library facilities across the country.

“The Build America’s Libraries Act will strengthen digital inclusion, literacy, and economic opportunity in our nation’s communities of color and other underserved communities,” said American Library Association (ALA) President Patty Wong in a recent statement. “The pandemic has highlighted how libraries are essential drivers for equity and inclusion. As Congress prepares the Build Back Better budget package, libraries must be included.”

The legislation has broad bipartisan support from 149 members of the House of Representatives, and support from 30 senators. But fighting to include similar provisions in the FY22 budget could prove a more timely and effective way to get federal funds in the hands of America’s libraries.

“Congress is calling this reconciliation bill the Build Back Better package, which I think is a perfect fit for exactly what this bill is about for libraries,” said Gavin Baker, the ALA’s deputy director for public policy and government relations, in an interview with Publisher’s Weekly. “The pandemic has really highlighted how much libraries can adapt and how libraries can still provide crucial services even if nobody is in the building. With this funding, not only can we repair the damage of the pandemic, we will be able to make our buildings and our facilities stronger, safer, more efficient, more accessible, and more sustainable than they ever have been.”

What You Can Do To Help

The ALA is calling on readers and book lovers across the country to contact their members of Congress about increased library funding. You can send a template letter asking your legislators to support inclusion of the Building America’s Libraries Act provisions in the budget reconciliation process through the ALA’s website.