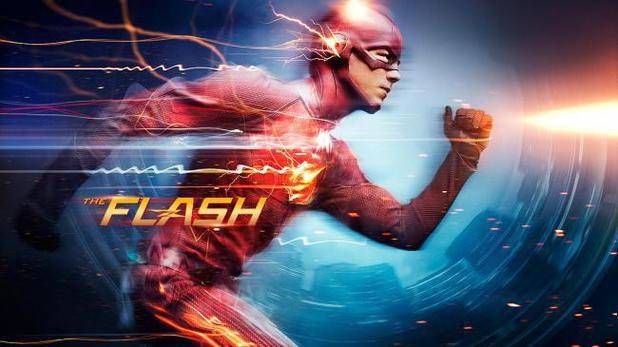 With The Flash getting a new television series (along with half of the DC Universe at this point) it seems like a perfect time to get to know Barry Allen and the rest of The Flash’s mythology. Here are some recommendations for great Flash comic book stories that will get you caught up with the Scarlet Speedster as he begins his (hopefully) long run on our televisions.

(Note: I’m not highlighting anything from the original Kanigher/Broome/Infantino run that started the character. Those early issues of The Flash are important and super fun silver age comics at its best. However, the new television series seems to have taken a lot of liberties with Barry Allen’s character, so I wanted to make suggestions that had a bit more of a modern take on the character or mythology. But if you want an excuse to read through all of those silver age Flash comics, look no further than the podcast Tom vs. The Flash. You can thank me later.)

So without further ado…

Darwyn Cooke’s superhero opus is a six issue limited series that explores the origins of the DC Universe, specifically focusing on the transition between the golden and silver age. The whole series is great, but issue 2 features a sequence set in Vegas that is one of my favorite Flash moments of all time. What’s great about the Flash’s appearance in this story is that Darwyn Cooke manages to include just about everything that makes the silver age of the character cool over the course of the series’ six issues. Barry’s affable charm, heroic determination, and passion for science are all on display in the Vegas sequence alone. If it’s an introduction to the Flash you want, then look no further than this superhero period piece.

The last Barry Allen story ever told! Sort of! This 1985 crossover event series was the story that ended with the destruction of the multiverse, and the birth of a shiny new DC Universe. However, that new universe came at the cost of The Flash’s life when Barry sacrifices himself to save the universe. It’s a heartbreaking and heroic moment for Barry Allen, and incredibly important point for the legacy of The Flash. At times, Crisis can feel like a jump into the deep end of the DCU for most new readers, but if you’ve seen the first episode of The Flash series, you may have noticed a certain newspaper from the future with a headline involving  a “crisis” and the “disappearance of the the Flash”. Seems like it might be sort of relevant, no?

Widely considered to be one of the best Flash stories ever, Barry Allen returned in 1993 to pick up where he left off, only he comes back… different. Wally West (who picked up the Flash mantle from Barry after his death in Crisis) notices that Barry isn’t acting like quite like himself, eventually discovering the faux Barry’s true identity in a phenomenal story twist. The Return of Barry Allen made Mark Waid one of the most important creators to ever work on the character. Not only did it explore the character and legacy of Barry Allen in a really interesting way, but was also the moment when Wally stopped feeling like a placeholder, and truly became the Flash.

And so, the Flash legacy continued as the scarlet mantle was eventually passed from Wally West to Bart Allen, Barry’s grandson from the future. Bart had disappeared (along with Wally) during Infinite Crisis (these Flashes and their crises, huh?), but when he returned he begrudgingly took over as the Flash in a short-lived series that ended with his death. Full Throttle does a great job of raising the stakes and drama, making it feel like it’s sprinting toward the end. The final issue especially is filled with all of the gravitas you would want in the tragic death of such a young character. Drawn by DC Comics regular artist Tony Daniel (fresh off a lengthy run on Teen Titans at the time), Bart Allen’s final moments are made particularly heroic, from the fistpumping action to his eyewelling death.

The Flash writer/producer Geoff Johns is neck and neck with Mark Waid for the best run on the character ever, and I highly recommend you read all of it (now available in omnibus form). But it was in 2009’s The Flash: Rebirth mini-series that Johns took a second go at the Flash legacy with artist Ethan Van Sciver, reintroducing silver age staple Barry Allen to modern audiences with the same panache they brought to Green Lantern: Rebirth five years previously. Barry officially returned in Final Crisis (there’s that word again), but it was with Rebirth that Barry found his place in the modern DC Universe. Johns adds a wrinkle to Barry’s origin, retconning a new level of tragedy to the character. Despite it becoming the start of a new series starring Barry, it now reads like the swan song to the original Flash family of characters just before the DCU moved on to something… New.

And then in 2011, the DC Universe was rebooted to become the “New 52” and The Flash was started over (mostly) from scratch. Creative team Francis Manapul and Brian Buccellato took over the title and gave us stories featuring a young twenty-something Barry, struggling to balance his personal and professional life with his life as the Flash in a way that recalls early era Spider-Man. It also features some of the most beautifully rendered action sequences you’ll ever lay your eyes on from artist Francis Manapul, who puts a Will Eisner-esque spin to every page. This is a great place to start with the character, and seems to be inspiring the new CW series more than a little bit.

The Flash has been around in one form or another for nearly three quarters of a century, so what are some of your favorites?