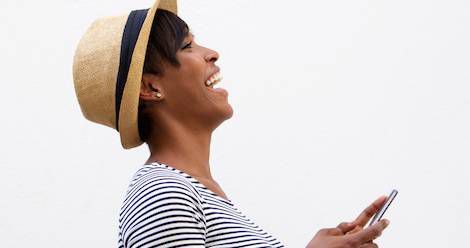 Book Twitter is a roller coaster. It has amazing authors and readers to learn from and interact with, and while not all of it is always warm and welcoming, you get to participate in giveaways, do some of your own, rant about books you hated, muppet-arm over ARCs, and if you’re lucky, your favourite author will like a tweet of yours out of the blue (and hopefully not disappoint you within the next 3.5 minutes).

Sometimes it’s just downright hilarious, and you gotta love it. What I’m saying is y’all should be #onthere, but if you’re not, I’ve done a quick recap of one of the weirder weeks we’ve had.

1. People are genuinely out there saying that the Crazy Rich Asians movie doesn’t cover the Diverse Asian Experience™, like, can you even…tell me how many countries Asia comprises?

I'm really concerned that Ant Man & The Wasp failed to capture the diversity of the White experience. https://t.co/cNeUpvzcPy

And Jenny Yang is clearly talking about Doctor Strange here…the Ant-Man part is a typo.

2. The ‘Write Gryffindor, Edit Ravenclaw’ became a meme so fast, and then went some way. Presenting, a play in three parts.

3. This most elaborate #shareyourrejection story is a wild ride. I read through the whole thing believing it to be somewhere on the farce–satire spectrum, but jury’s still out.

I once rejected my own short story from a magazine I was guest editing. The magazine had a blind submission policy, and I didn't recognize the story as my own and forgot I'd submitted it months before I was asked to guest edit the issue

4. My fellow Rioter has very kindly covered the #dicksoap saga in detail so I don’t have to, but yes, that was a thing that happened. The most bananapants Mad Libs generator wouldn’t have put those two words together, but there you have it. A YA book box sent out an A Court of Thorns and Roses–themed box with phallic soap. We’re just luck there’s a Merida meme for every occasion.

It's been an awful, terrible, no good week.

6. And I’m going to just end with a bonus tweet for the Real Infinity War Fans out there, who’re going to *love* this watching of the movie four months later and comparing the most powerful Marvel paraphernalia to $3.99 jewelry. It’s just true, though.