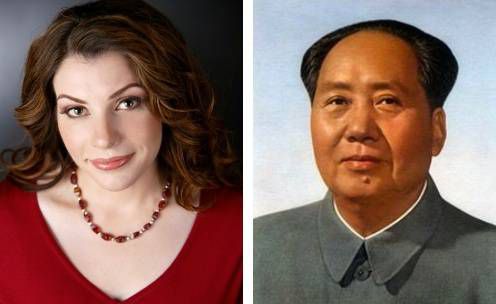 This is a guest post from Sean Bell. Sean s a Scots-Irish-Armenian writer based in Edinburgh. His journalism has been published in the Glasgow Herald, the Sunday Herald, the Evening Times, the Scottish Review of Books, Death Ray and Fringe magazine. He currently writes the monthly arts column ‘Print the Legend’ at PopMatters.com. Follow him on Twitter @SeanCMBell.

[WARNING: Nothing that follows should be taken with any degree of seriousness.]

Peoples of the past! I have travelled in time bearing grave warnings of the days to come. Disarm all nuclear weapons immediately! Execute Piers Morgan before it’s too late! Don’t bother seeing the next Hunger Games movie, as it will be severely underwhelming!

Okay, no, not really. But we can all admit to speculating about the future from time to time, and in the furrow that we at Book Riot plough, imagining future trends in what we read is always useful, since it draws our attention to what’s evolving in our literary culture, what remains the same, and what it still lacks. Sometimes, we should do something to change that; on other occasions, that lack is there for a very good reason.

So, for the dubious benefit of us all, here are four predictions about the next irresistible book crazes that will consume our civilisation from the inside out. Do not resist. 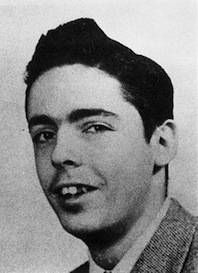 For decades, Thomas Pynchon has been both renowned and notorious for the dense, multilayered nature of his prose, his complex themes of oppression and chaos, his postmodernist experimentation and his legendary reclusiveness. So it’s safe to say that, in 2015, he took everyone by surprise with the announcement that his next project would be a series of novels aimed at teenagers.

The Sweet Cradle High books, detailing the wild and wacky tribulations of a lovable gang of high school seniors, were undoubtedly a departure for the author of Gravity’s Rainbow, but one he seemed keen to underplay. “Sure, I was trying to do something different,” Pynchon wrote in a press release issued from his secret underground lair. “But all my usual themes are still in there. Sweet Cradle High is a grotesque metaphor for entropic decay in action, while its students are caught in a macrocosmic reenactment of American society’s instinctive self-cannibalization. Which makes things all the more awkward when it’s time for prom and Jena can’t choose between Rodney and Clark.”

Not to be outdone, the master of French existentialist miserablism shocked us even more with the unveiling of his first cookbook (and tie-in TV show), Cookin’ With Michel! With his trademark bitter, minimalist prose and undertones of encroaching cosmic despair, Houellebecq shares his recipes for classic French cuisine, along with handy instructions on using cigarette ash as a garnish, and how to prevent your souffle from collapsing by glaring at it and muttering Gallic curse-words.

“I don’t like this world,” writes Houellebecq in a typical recipe. “It makes me want to puke. However, I am rather fond of this delightful recipe for Chicken Chasseur. After rustling this up for a hearty dinner, puking would be a terrible waste.” 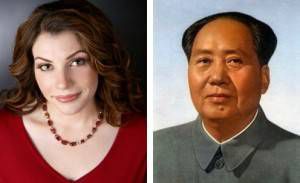 The irony that the Mormon author of the Twilight franchise eventually grew richer than the God she once worshipped must not have escaped her, for at some point while counting her vampiric moolah, Stephenie Meyer slowly and irrevocably became convinced that capitalism was corrupt and doomed, and that our only hope lay in the teachings of Mao Zedong.

When Meyer began appearing at Twi-hard conventions dressed in harsh grey Mao-suits and clutching the Little Red Book, preaching land reform and cultural revolution, her younger fans were initially confused. Soon though, they took to their favourite author’s newfound fanaticism with a vengeance, proclaiming themselves ‘Team Agrarian Revolt’ and swearing en masse to wipe out the murkily defined ‘Team Revisionism’.

Early reports of Meyer’s next novel suggest in will be about a love triangle between collectivist potato-farmers. Who sparkle.

Sure, laugh all you want. But trust me, this time next year, impassioned tales of fraught love triangles between animals of stuffed felt will have their own section in every bookstore. Which, after the whole ‘cockroach coming-of-age’ trend, will come as something of a relief…