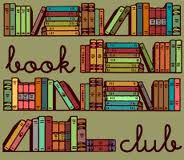 Like many liberal-arts educated and Pinterest-obsessed middle-ish class twenty-something American women, I am part of a book club.

We’re technically a book club in that we CALL ourselves a book club (we even have the most awesome of book club names “Falcon Attack!”). We’ve met. A few times. And most of us have read some of the books we were assigned to read. So if you count that as a book club, oh snap, we are a book club! But if you don’t, then I take back that snap, we are not a book club.

No one is to blame. You know how people are always saying they “don’t have time to read.” A book club is that times seven or fifteen, or however many goofballs you have in your club. That’s a lot of people who lead very busy lives and may have the time to read the books they have chosen for themselves, but maybe don’t so much want to read a book someone else has picked out for them.

So I’ve been trying to brainstorm up ways to get our book club jump-started again and I thought I would share a few with you. Let’s do it!

Hunger Games, Girl With the Dragon Tattoo, Gone Girl- once a book becomes a big bestseller, tap-tap-you’re-it that tome as your next book club book. People will feel peer-pressured by CULTURE to read these suckers. Or bonus plus, some people will have already READ the book in question and all they’ll have to do will be to show up. I know these are all commercial fiction picks, and you can do the same thing with big fiction prize winners- Pulitzer, National Book Award, Booker, etc. I think you’re going to have an easier time hooking people if you keep it to the runaway bestsellers.

Add a homework assignment element to the meetings if you have a crafty and creative crew. For example, my group has been talking about reading Fifty Shades of Grey next (see #1 above as to why), and I think it would be cool if we divided up the chapters and had to do some kind of mini-report or project on our sections. For example, if I  take chapters 1-5, I could do a two-page book report in the style of a seventh grader half-assing it so he can go play video games or pretentious college sophomore who just declared a double major in Comp Lit and American Studies. Or I could do a foam board presentation! Or a dramatic reading. OR A DIORAMA.

(Can you guys tell I’m going to do a diorama of Fifty Shade of Grey? If you can’t tell, then this is me telling you that I am.)

It may sound like more work: “Wait I have to read the book AND do the f—ing foam board thing???” But I think if you keep the prompts manageable (people can put as much or as little work in as they want) and you get a few people to do rad takes on the assignment at the next meeting, you could get this ball rolling!

3.) Read the book before the movie comes out!

All Hollywood does is make movies of books (because you say things like “brand” and “built-in audience” and suddenly everyone’s got dollar signs in their eyes.) We just had the film adaptation of Perks of Being a Wallflower come out, and that’s a book you can read in almost a sitting, if you hadn’t already read it eight times between the ages of twelve and twenty-two. Cloud Atlas is coming out and that’s a book you’re going to NEED to read if you want to know what  the heck is going on in dystopian clone-run McDonalds and why the bejeezus Tom Hanks is running around post-apocalyptic Hawaii.

Or you can be a super-cheater club and go see/rent movies of books you’ve already read. Or for super-super cheaters just get together and watch Revenge and every once in a while say something about how people were just as psycho to each other in Count of Monte Cristo as they are in this modern, prime-time adaptation.

No one’s going to say, “I didn’t have time to finish the last twenty pages of the short story.”  THERE ARE ONLY TWENTY PAGES IN A SHORT STORY. Same with essays. Bonus, you can have a few people per meeting choose what short pieces will be read. The more people that have a vested interest (bossing other people around=automatic vested interest) the more people will read the shenanigans that need to get read.

5.) Have the BEST SNACKS EVER!

Get really good cooks (or people that are really good at buying food) to be in your club, and club members only get to come and eat if they read their chapters! I know that’s a little harsh! But a little harsh can go a long way, and if it gets everyone reading and talking about reading in a living room and eating good food and having great fun together, I think that’s harsh well played.

What about you guys? Have you figured out a way to get everyone to show up to your club having ACTUALLY READ THE BOOK?  Talk to me in the comments section below. I’m serious, if you’ve made this mission impossible an actually possible mission, we need to confab.