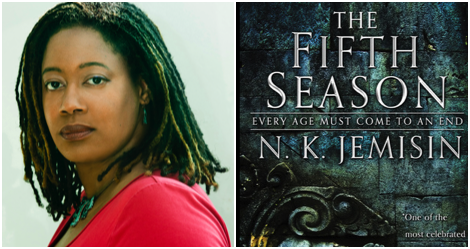 Are you a fan of N.K. Jemisin? Are you desperately waiting for the third book in her Broken Earth trilogy to come out this summer? While you’re waiting, you should read some N.K. Jemisin-approved science fiction and fantasy! (Did you know she has a column about the latest SFF books in The New York Times? You’re welcome). Here are five of the books that have received her highest praise. 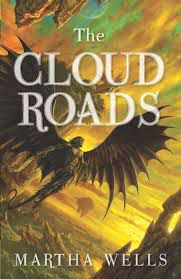 The Cloud Roads by Martha Wells

I love how in her review Jemisin points out that this book starts where most other books begin: a character who is the last of their kind finds a home. Moon, the main character, is a shape-shifter used to hiding who he is. When he discovers his people early on in the novel, though, he learns that he’s both a member of a coveted subgroup and an especially reviled subgroup in his culture. He finds himself at the centre of his colony’s fight to survive and will to defeat possible extinction. And it’s his very presence that will tip the balance of power. Jemisin especially praises Wells’s rich, complex, unique worldbuilding. Apparently it’s so vividly described that she’d “love to visit it … except [she]’d get eaten in 5 minutes.” 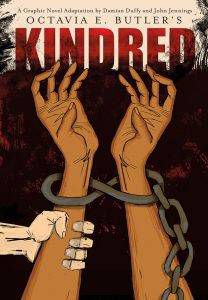 As Jemisin points out, adapting a masterpiece like Kindred is a Herculean task, but Duffy and Jennings have managed to give this classic new life. In case you haven’t read the original published in 1979, it’s about Dana, a young modern day black woman who is suddenly forced back in time to the early 1800s again and again, where she is continually compelled to save the life of her white ancestor Rufus, a Maryland plantation owner’s son. In the graphic adaptation, they’ve retained the ominous, apocalyptic feel with angular, line-heavy drawings that don’t shy away from the gruesome details of slavery, making up for some of the lost interior details from Dana’s mind. 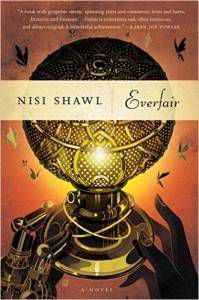 An alternative steampunk history dealing with one of the most horrific atrocities in human history, Everfair is an absolutely unique, powerful story not for the faint of heart. Taking as a starting point Belgian King Leopold II’s brutally violent colonialist regime in what is now the Democratic Republic of Congo, Shawl creates an alternate universe where a coalition of Western socialists, Asian inventors, and Indigenous people create a new nation (called Everfair) and defeat Leopold. But their new country is no paradise, especially as they struggle with the baggage of colonialism and racism in what is supposed to be a harmonious multi-cultural society. As Jemisin rightly points out, this book is an excellent, necessary intervention into steampunk, a genre that too often ignores Victorian-era imperialism and excludes people of colour. 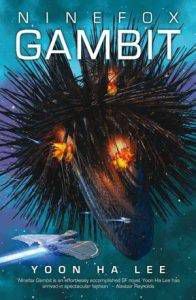 This is the first novel from the famed short-story writer and mathematician. You can see both backgrounds at work here, with Lee’s detailed world “the hexarchate,” a society in the far future that uses advanced math­—changing the calendar and the fabric of reality—to create a magical world. But this world comes at the price of war, where dissidents can undermine the technology to catastrophic effects, leading to disproportionate punishment—destroying entire planets—which in turn results in more dissension. Jemisin emphasizes that Lee doesn’t skimp on character or plot despite the spectacular worldbuilding, creating a complex protagonist Kel, a number theorist who is tasked with working with a ghost, and a plot containing several potent metaphors for colonialism. 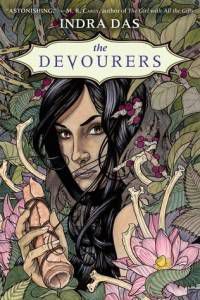 Two tales hidden within one, The Devourers starts on a cool evening in Kolkata, India where a stranger tells a historian named Alok a story of shape-shifters he insists is true. The skeptical historian is then presented with the rest of the narrative, written on scrolls made with human skin. Thus begins an international and century-sweeping saga that investigates gender, sexuality, race, and what it means to be human—and non-human. A half-human, half-shapeshifter who is the product of rape is forced to make a new path while in the frame narrative Alok’s interest in the stranger evolves into something sinister. According to Jemisin, what readers will really savour in this book is Das’s language, which manages to make cannibalism both disturbing and sensuous.