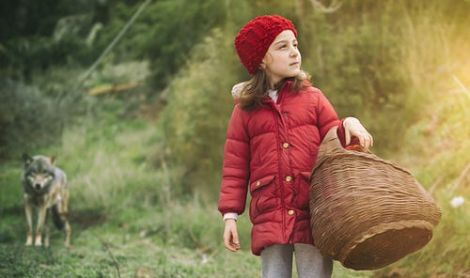 When I first conceived the idea for this piece, I thought it would be about how no book should be banned. But after reviewing their reasons and reflecting more, I agree with their decision to remove the books, for several reasons. First, as any librarian knows, it can often be tough to fit all the books on the shelves, and it’s often necessary to purge some of those books. So what the librarians did was remove their least valued books and replaced them with books they deemed more valuable. This is curation, not banning. And a children’s library curated with books that present non-stereotypical gender norms? That sounds like an amazing children’s library.

As a fairytale scholar and reader, I’m all for fairytales being included in children’s libraries and curriculum. But I also want these fairytales to represent modern feminist values, not the Disney versions, and not classic versions replete with misogyny (ahem, “Sleeping Beauty”).

It’s also important to remember that fairytales are based on an oral tradition. The storyteller places the morality on the story, and that morality changes from teller to teller, from context to context. There is no definitive version of any fairytale. That’s how you can have versions of “Little Red Riding Hood” that promote remaining pure before marriage (Perrault), following directions (Grimm), and white supremacy (Nazis used fairytales to indoctrinate children to the party’s racist ideology). And you can also have feminist versions of LRRH—Angela Carter’s subversive werewolf trilogy in The Bloody Chamber and Other Stories; Anne Sexton’s gorgeously feminist poem “Red Riding Hood.”

I repeat: Fairytales reflect the morals of the storyteller. They are not in and of themselves sexist. And thankfully there are so many feminist fairytales for children that should be shelved in children’s libraries. Here are just a few. 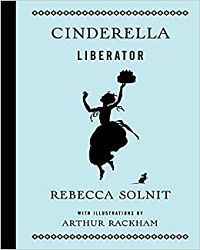 Everyone knows that “Cinderella” is about how a good marriage epitomizes success in a young girl’s life, but Solnit’s gloriously feminist version promotes freedom of self. Her Cinderella strives to find her true self, as do her stepsisters, the prince, and even the animals the fairy godmother changes to help Cinderella go to the ball. This retelling is everything I’ve always wanted from this fairytale, and I’m hoping Solnit writes more fairytales. Is it too much to ask for an entire collection like this? Pretty please? This version does not end in a marriage, but it does end in a happily ever after.

Corey Rosen Schwartz writes my favorite picture book fairytale retellings, and The Three Ninja Pigs is my favorite of her many retellings. These three little pigs decide to take martial arts lessons to keep the big bad wolf away. But Pig #1 doesn’t practice near long enough, and Pig #2 only practices a little. But their sister Pig #3 practices every day, and it’s her effort and devotion that enables her to intimidate the wolf and save her family. I love the moral of diligence and practice, and the excellent rhyming scheme make it a delight to read aloud. 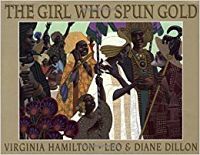 The Girl Who Spun Gold By Virginia Hamilton, Illustrated By Leo Dillon And Ann Dillon

Every time I read “Rumpelstiltskin,” the king angers me. He’s such a patronizing, egotistical, patriarchal jerk. But in this version, Queen Quashiba isn’t about to let the king off so easy after he padlocked her into three rooms until she spun everything within into gold. And neither is the trickster “Rumpelstiltskin” character.

This is a gender bent version of the most sexist of fairytales. But it’s not enough for a fairytale to simply switch genders and voilà, it’s feminist. In this version, the princess’s mad engineering skills enable the prince to wake up from his over long nap. The dialogue is very funny. 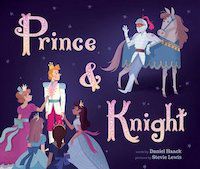 A prince must marry to inherit the kingdom, and his parents the king and queen send him away to meet all the eligible princesses in the land. But he doesn’t want to marry any of the princesses. When he’s called back to his kingdom to defeat a dragon, he meets a knight, and finds a true partner. I love this LGBTQ+ retelling, and wish there were more like it! The publishers released Maiden & Princess a month ago, but I have yet to read it. I can’t wait to add it to our collection!

This Chinese retelling of “Little Red Riding Hood” is by far my favorite version. Three sisters must fend off a wolf after their mother leaves them home alone to visit their grandmother. The children have agency, and they must use their wits to defeat the wolf. These girls aren’t about to be tricked by a wolf in grandmother’s clothing. Their resourcefulness and cleverness save the day.

Do you have a favorite fairytale retelling with non-stereotyped genders?