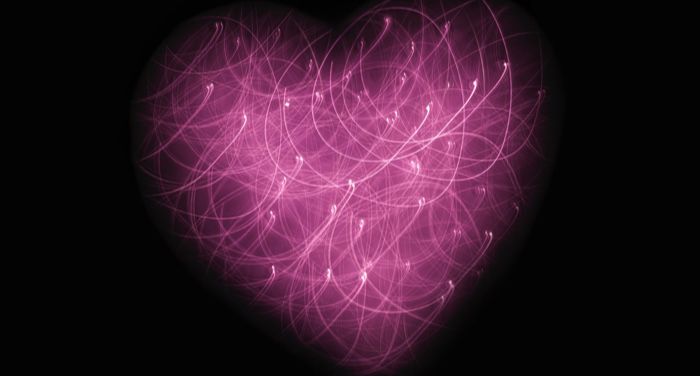 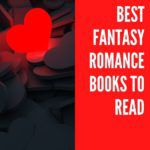 Fantasy romance books are a sub-genre of romance that is very near and dear to my heart. It’s what I turn to when I want to be immersed, transported, and consumed by an epic love story that is guaranteed to have a happy ending. That part is crucial. If you’re like me and are constantly on the hunt for more fantasy romance books to read, this list is for you. New to the sub-genre or curious about the intersection of magic and smooching? These fantasy romance books (which are often the start to a series) are a good place to start.

Now I want to explain the method to my madness. To me, these are fantasy romances where the romance elements are integral to the story. Fantasy novels with strong romantic elements are out there, but these are not them. There are also some major names missing. However, I didn’t want to include a series that skews more urban fantasy and develops the romance more so in book two. This is, namely, how I feel about Ilona Andrews. Love ’em, but I find the romances aren’t as much of a focus in book one and tend to feel more like urban fantasy to start. When it comes to defining fantasy, I’m in the magic and fae camp, with alternate history and original world building being a big factor. Anything that has vampires or werewolves as part of the main cast is more likely to be dumped into the paranormal romance cubby. I’m very interested, though, in how other readers categorize their fantasy romance reading!

Let’s get into it, shall we?

A Heart of Blood and Ashes by Milla Vane

A barbarian prince of sorts returns home after the death of his parents, prompting a quest for vengeance. Vane is the pen name of author Meljean Brook, who has some kickass steampunk romances in her backlist. However, these fantasy romances are filled with barbarians and a truly terrible villain. It’s a perfect series for fantasy lovers who prefer their settings on a grander, more epic scale.

A Promise of Fire by Amanda Bouchet

A woman with dangerous magical abilities gets caught in a game of thrones while trying to hide from her evil mother. This debut really blew me away when I first read it and is the first book in a now completed trilogy. Yay for not having to wait for cliffhangers! I’d describe the main character, Cat, as an antiheroine who isn’t afraid to use her destructive god-given powers. Oh, and if you’re a Greek mythology nerd, there are elements of that here, as well. 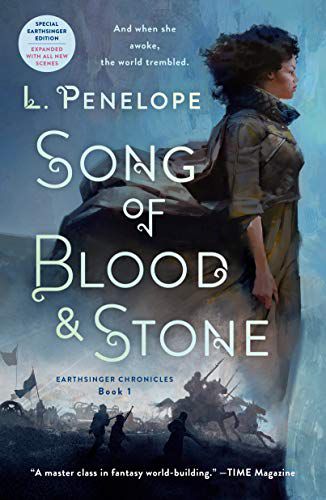 Song of Blood and Stone by L. Penelope

In my opinion, this is the most slept on fantasy romance series in the entire genre and it’s one I try to handsell and recommend to friends at every opportunity. Penelope puts some serious thought into her world-building and the sheer scale of her imagination is astounding. The first book features an “earthsinger” and a spy, as they uncover a dangerous conspiracy, though the rest of the series’ couples are just as awesome.

In her study to prove that faeries are real, Ada Quicksilver meets a mysterious Irishman who is closer to her subject matter than she realizes. Did I originally pick this one up because the cover model for the heroine looks like Lady Gaga? Yes, I did. This is quite a wonderfully dizzying mashup of a historical setting, time travel of a sorts, and the fae. If you’re a reader drawn to historical fantasy and magical Regencies, definitely give this series a try.

This is the first book in a series of romantic, witchy little novellas and is a great option for when you want a quick, cozy fantasy romance read. A “party trick” witch falls for her best friend’s brother. All of the books feature a witch as the heroine and showcases some great friendships. The romances are tender, focusing more on gentler tropes like friends to lovers. I long for more of these by Davis and these are great for those cottagecore, witchy aspirations. 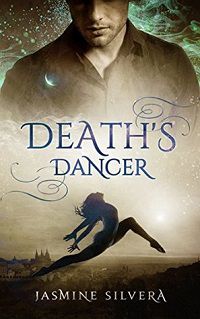 Describing this book feels a lot like a Stefon sketch from Saturday Night Live. There are gods! There are witches! There’s a heroine who uses the power of dance to seek favor from powerful beings! I can also guarantee that you’ve never read anything quite like it. Dark, mysterious, and heady, Death’s Dancer is a fantasy romance that will appeal to both paranormal and sexy contemporary readers.

G.A. Aiken writes a lot of over-the-top paranormal romances under the pen name Shelly Laurenston, but we’re here for the fantasy romance books, which is why the Aiken titles get the spotlight. Dragons and warrior characters are a big part of this series, and in Dragon Actually, Aiken introduces one of my favorite romance heroines ever: Annwyl the Bloody, who discovers her recent confidant is a dragon in disguise.

Heart of the Fae by Emma Hamm

A majority of these fantasy romance books are from traditional publishers, but I wanted to give indie fantasy romance writers a shout as well. If you’ve read and loved any of Grace Draven’s fantasy romances, Heart of the Fae is a wonderful companion read with its blend of opposites attract and Irish mythology. I’m also a sucker for romances that have some sort of healer character. 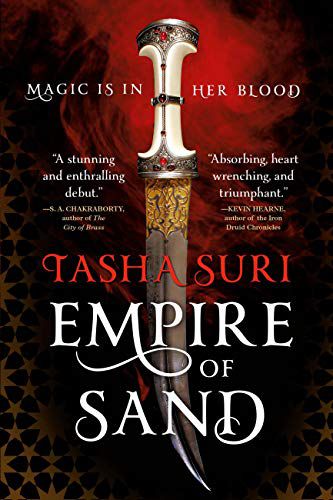 Fantasy romance books and mythology are always a match made in heaven. Empire of Sand is a Mughal India–inspired fantasy romance with a slow burn of epic proportions and a main character coming into her own amazing abilities. If you like themes of acceptance, the family you choose versus the family you have, and the dangerous threat of vengeful gods, this is the book for you.

Now, I know I name-dropped Maas earlier, but she also has an adult fantasy romance series and it’s a no-holds-barred lust fest. I’m here for it. The main character is a party girl and the central romance is fraught with sexual tension. The pants feelings are only made worse when the hero and heroine travel together on a quest of sorts. This is certainly a more modern fantasy romance read.

If you were captured by the gentle and warm story Klune created in The House in the Cerulean Sea, I implore you to dive into Klune’s backlist, starting with this one! This is one of the funnier, lighter fantasy romance offerings on the list. It does a great job balancing the humor of being thrust into magical setting with the awkwardness of love and attraction, as a wizard’s apprentice fights his feelings for a partner he cannot have. 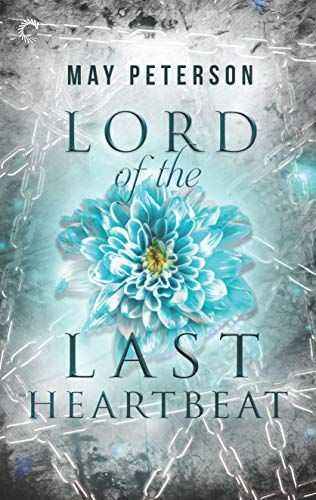 This is sweet, queer romance set in a grand, fantastical world with a light mystery, complex politics, and ghosts. Protagonist Mio is desperate to shake his role as a pawn in his mother’s schemes, enlisting the help of immortal and mysterious Rhodry. Peterson’s debut fantasy romance is undoubtedly worth exploring, especially if you’re more after a more robust setting and need a break from brooding fae (not that there’s anything wrong with them!).

Promise of Darkness by Bec McMaster

If you love Sarah J. Maas’s A Court of Thorns and Roses series, this is a fantastic and more adult reading companion. There are similar themes of fae, magic, and a relationship that is attempting to defy all odds. The hero and heroine are forced together by way of an ancient treaty. It’s not quite a marriage of convenience, but it’s trope-adjacent I’m a huge McMaster fan and she has a steampunk romance series and one with dragon shifters that takes place in Iceland.

Grace Draven is the queen of fantasy romance and you can directly quote me on that. This was the first book of hers that I read and I highly recommend starting here. It’s a slow burn fantasy romance with a hero and heroine from very different kingdoms. They don’t even find each other attractive at first and I found it endearing that the hero was fascinated by the heroine’s blunt “horse teeth.” 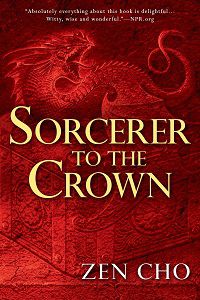 Take one part alternate Regency history, another part magic, and just a dash of mystery and intrigue! For those readers out there who love a reversed trope with an anti-heroine of sorts and a cinnamon roll, do-gooder hero, you will eat this one up and go back for seconds. Cho’s magical England is both magically complex and suffocatingly oppressive and the romance doesn’t shy away from tackling systemic issues.

The Red by Tiffany Reisz

I’m a seasonal reader. Autumn is for the cozy reading. Spring is for romcoms. For winter, I want lovers stranded in the snow that must seek warmth during a blizzard! In Snowspelled, the woman hold positions of powers in government, while the men wield magic. It’s an interesting setup and I was obsessed with the heroine who defies this convention. Oh, and if you love second chance romances, this will tick that box. 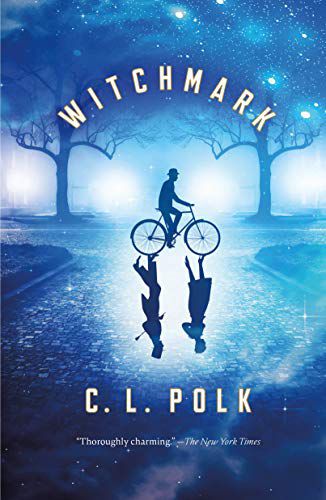 In a fictional city set in a time period very reminiscent to Edwardian era England, magic is tightly controlled and only certain people get to wield it. Enter a secretive doctor, disguising the lasting effects of serving during a dangerous war. This is more gaslamp fantasy romance, for those who are more well-versed in the different types of fantasy technology, and the entire series is dreamy and lovingly queer.

The Winter King by C.L. Wilson

Now, if you want to delve into some earlier fantasy romances, Wilson has a few in her backlist, but this is the series that grabbed me the hardest. What I loved the most is how Wilson cultivated all of these different magical kingdoms and communities for “weathermages” and the softening of the icy hero during his arrange marriage to the heroine. In the second book, The Sea King, the hero comes from a matriarchal, seafaring society.

If you love queer fairytale retellings, please acquaint yourself with Anna Burke, whose slow burn, women-loving-women romances are a delight. There’s a mysterious, ice queen Huntress, a heroine desperate to help her father, and her charming, self-absorbed betrothed (a la Gaston). It’s a tale as old as time.