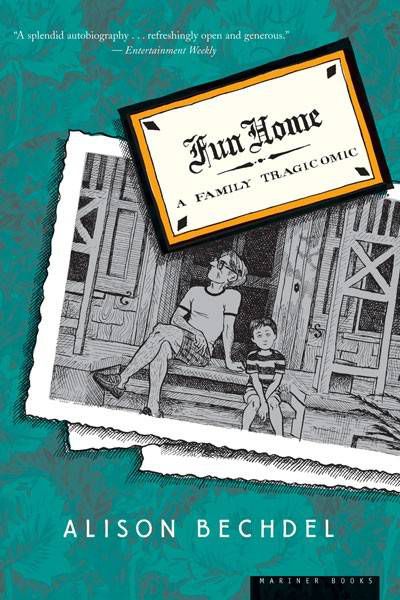 I own this shirt because I support the Comic Book Legal Defense Fund.

Offended by “shocking” material presented in her 200-level college English course, a woman who has presumably never read The Killing Joke has launched a censorship campaign against some of the greatest graphic novels ever written. Student Tara Schultz, along with her parents and a couple of equally outraged friends, protested depictions of “nudity, sex, violence, torture,” and obscene words in print outside the administration building of Crafton Hills College last week.

“I didn’t expect to open the book and see that graphic material within. I expected Batman and Robin, not pornography,” said the woman whose impression of Batman and Robin most likely begins and ends with Burt Ward in 1966.

Schultz’s minority opinion about teaching adult material in a college setting can only highlight the reason that good literature tackles difficult topics. Art reflects the human condition, illuminating a world which may be, at the very least, discomfiting.

Two of the four challenged books were memoirs. Non-fiction. True stories that actually happened to the women who wrote them. Certainly, some people can’t get behind speculative writing in any case. I’ll leave it to others to defend Y: The Last Man, a perfectly cogent and respectable work of science fiction, and Sandman, arguably one of the most beautiful and uplifting works of fantasy ever put to paper. To combat this knee jerk censorship, I would shine a light on the power of Persepolis and Fun Home.

It’s true that Fun Home offers black and white line drawings and frank discussions of sex, but it’s scarcely pornographic. More to the point, it depicts gay people having gay sex. And beyond that: its central thesis is that the desire to hide his gayness and his lifelong need for gay sex indirectly led to the premature death of the author’s father. No one is punished for embracing their queerness in Fun Home. Rather, the book argues that people can only live happy and fulfilling lives if they’re honest about their sexuality. Gay people having gay sex may offend Tara Schultz and her parents, but the attitudes that have kept gay people suffering in the closet, afraid to be gay or have gay sex, are a lot more offensive, and more dangerous and damaging to individuals and society at large.

And why must Persepolis depict torture? It tells the story of a child’s life under religious law in Iran. The torture, which actually terrorized actual people when it actually happened, is seen through the eyes of a child much younger than Tara Schultz, a child who had no choice but to try and make sense of her actual relatives being imprisoned and hurt by a government that sought to restrict freedom of speech. In the larger context of American interference in foreign sovereignty and its result of replacing a democratically elected government with one based on religious tyranny, any “moral” objection to this book being taught at the college level would be hilariously ironic if it weren’t just plain cruel.

Despite all the literary awards and accolades that have been bestowed on these gripping narratives describing the human condition, Schultz insists that the stories are “garbage” and should be “eradicated.” Tara Schultz is fortunate to live in a bubble where suffering is not a prominent feature of the human condition, and in a country where her freedom of speech is protected so she has the right to tell other people what they shouldn’t read. She’s also angry that the professor didn’t offer “warnings” as to the nature of the material. I’m guessing she also doesn’t believe in reading the syllabus.

Tara Schultz, her mom and dad, and her family values censorship club have the absolute privilege of pretending that sex, violence, nudity, torture, and swear words do not exist. Alison Bechdel and Marjane Satrapi, sadly, did not have this luxury. Whose story do you want to read?