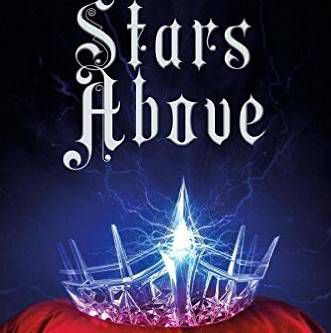 I’ve been a bit obsessed with Marissa Meyer’s Lunar Chronicles series since I was a baby bookseller and spotted the cover of Cinder in our ARC pile in the back of the store where I worked. This was when the White Girl In Ballgown Looking Angsty was the standard YA cover, so the cyborg leg in a high heel on the cover of Cinder immediately caught my eye and I’ve been with the series ever since. Meyer’s newest book in the universe, Stars Above, is a collection of short stories providing more background to the characters and the world. We’re happy to have an excerpt from one for you. Enjoy!

Excerpt from “The Princess and the Guard,” by Marissa Meyer, from Stars Above: A Lunar Chronicles Collection, published by Feiwel and Friends, an imprint of Macmillan Children’s Publishing Group. All rights reserved. 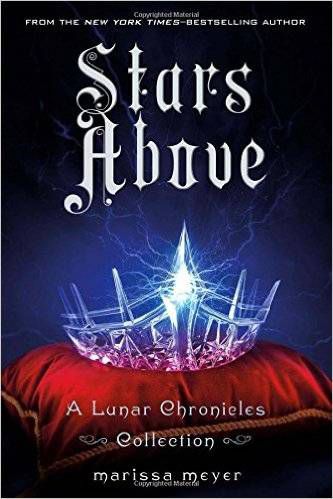 Jacin slid his hand through the medical-studies holograph that shimmered in the center of the room. There had been a time when they would call up adventure stories and virtual reality games using the holograph node, but now more often than not Jacin wanted to study anatomy books and psychology texts instead. In a year he would be applying for an occupation, and his heart had been set on a doctor’s internship ever since Winter could remember.

Seeing how excited he got when he talked about it made her heart warm, but she also dreaded to think of the years he would spend away from her. He could be stationed at any med-clinic on all of Luna. There was a slim chance he could end up in Artemisia, at their med-clinic or in one of their laboratories, but it was more likely he’d end up in the less desirable outer sectors, at least for the first few years of his training.

Winter hated the thought of him leaving, even temporarily, but she would never tell him so for fear he would give up his dream in order to stay with her. She wouldn’t be able to forgive herself if he did that. “Lunar sickness?” She cupped her cheek in one hand, sitting cross-legged on the carpet and staring up at the holograph. It showed a very dull brain diagram.

“It’s very rare. It happens whenever a gifted Lunar chooses not to use their gift for an extended period of time. The only cure they know of is . . . well, to start using the gift again.” Jacin’s jaw was tight as he swiveled the holograph one way and then the other. “It doesn’t come up very often, though, because why would a gifted Lunar forego using their gift?” He glanced at her, and he seemed concerned, but not judgmental. He had never once, since Winter had told him of her conviction, tried to persuade her to change her mind.

“And what will it do?” she said, leaning back against the sofa. “This Lunar sickness?”

His shoulders drooped. “It will make you go crazy.”

She tilted her head to one side and refrained from laughing, but only barely. “Well, I’m already crazy, so that doesn’t sound so bad at all.”

His lip twitched, but the smile was halfhearted at best. “I’m serious, Winter. People who suffer from it have frequent hallucinations. Sometimes bad ones. Being chased or attacked. Seeing . . . monsters.”

Her playfulness drooped and she inspected the brain diagram, but it was just a brain. How frightening could that be?

“I already have nightmares and I survive them just fine,” she said. “I’ll survive this, too.”