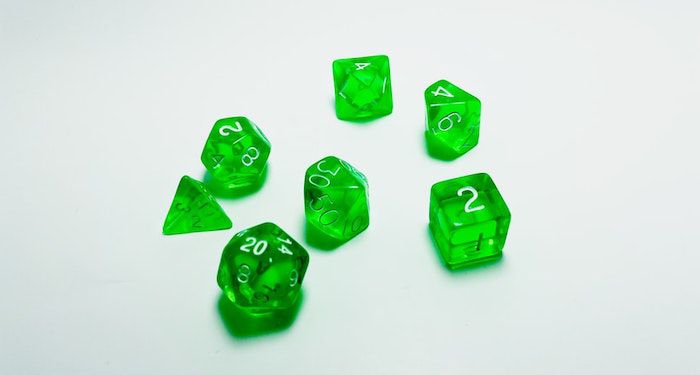 Wizards of the Coast debuted Dungeons and Dragons (D&D) in 1974. Since that time, it has been the subject of many a moral panic. When I was growing up in a religious household in the 1980s, my mother thought it would corrupt me because of the magical elements — especially the warlocks. That concern has largely died down, as far as I can tell, but in 2014 Wizards of the Coast was taken to task for a far more insidious reason: once again, the drow — the black-skinned evil elves from the icy north — were presented as inherently evil in the 5th edition of the D&D Handbook.

On August 3, 2021, R.A. Salvatore’s newest addition to the Drizzt novels was published. Among tales of derring-do and the Companions of the Hall, Starlight Enclave contains a singular shift in the narrative of the story of the drow; Salvatore reveals that drow are not, in fact, the only dark-skinned elves in the Forgotten Realms. This is a bombshell in a world that has been able to tell if an elf is good or evil by the color of their skin since Drizzt Do’Urden made his debut in The Crystal Shard in 1988.

In the case of Drizzt, we have a black-skinned elf who has shunned his people’s worship of a vengeful and evil goddess and come down from the icy north to prove himself to the rest of the denizens of the Forgotten Realms — almost all of whom are assumed to have white skin. The issue with Drizzt in particular is not that he is a dark elf; it is that he is a prime example of the “credit to your race” trope that assumes the race itself is not as good as that of the speaker. Drizzt is the only drow who is good; the rest are all evil simply because they are drow.

Salvatore says that his intention was always to present Drizzt as “other.” His acknowledged error was in presenting the othering tropes as evidence that a race can be what it is assumed to be. The original world of D&D, while not officially based on Tolkien’s Lord of the Rings books, borrows just as heavily from his world of humans, dwarves, hobbits, elves, dragons, etc., as does the rest of the fantasy genre. And therein lies the problem: Tolkien’s world is essentially a fantasy of Northern Europeans, in which people with melanin of any sort are rare. By default, this makes them Other, which is definitionally racist. In the prologue to The Fellowship of the Ring, Tolkien states that hobbits, by their race and nature, are better at stealth than other races.

In June 2020, after intense pressure on social media, Wizards of the Coast acknowledged this issue, stating that the goal of the 5th edition of the D&D handbook, adjustments will be made to allow players to adjust the inherent scores of the race they choose. That is, if you decide to play as a halfling (the D&D version of a hobbit), you’d be able to shift what have been up until now immovable attribute points from stealth into something else. They are also incorporating sensitivity readers into new books and combing through old texts as they come up for republication.

In November 2020, Polygon published a review of Tasha’s Cauldron of Everything, the newest set of rules, suggestions, and player conduct. In it were supposed to be the highly-anticipated changes with regards to race, based on the acknowledgement from June. Instead, author Charlie Hall summarizes them in one sentence: “The guidance is, more or less, to ignore the rules for character creation and just do what feels right.” As Hall points out, that is hardly addressing the racism inherent in previous versions of the game, nor is it promoting a progressive and multi-cultural/racial fantasy world that accepts everyone.

Back to Salvatore: in his recent discussion with Polygon, he acknowledges that he has learned a lot over the years and realized that his portrayals have been harmful. That the drow as we know them are not the only drow out there, but are one of three groups and the only ones corrupted by their matriarchal goddess (more on that another time…) was an explosive revelation. Salvatore says that as a kid growing up in the 1960s and ’70s, the complexities of tropes and race were not as clear to him as they are now. It is of note that Salvatore is 62, white, and from a town of 40,000 people in Massachusetts; I suspect that the complexities would have been much clearer to a child of color in those decades. That said, it is refreshing to hear an author talking about his work to learn and grow and, in his words, “try to be better.” Salvatore has stated that he does not want to retcon the previous works about Drizzt; he sees it as a record of his growth as an author.

This is all progress, of the kind that involves no longer tripping over a bar buried six feet underground. It would have been far better if it had been baked into the fabric of D&D from the beginning; after all, 1974 was only nine years after the passage of the Civil Rights Act of 1965. It was two years after Title IX. Children were still being bussed to different schools in an attempt to create and promote racial equity. But the creators of D&D were white male fans of LOTR, so they didn’t feel the need to look beyond the borders of a British imagination from the 1930s in order to create a world they could explore with ease and comfort.

It is on us, the current fans of the game and the genre, to push authors and game creators to literally put their money where their mouths are. To speak up and require Wizards of the Coast to “continue to calibrate [their] efforts.” To hold their feet to the fire, perhaps literally, once I finish learning this fire-conjuring spell.