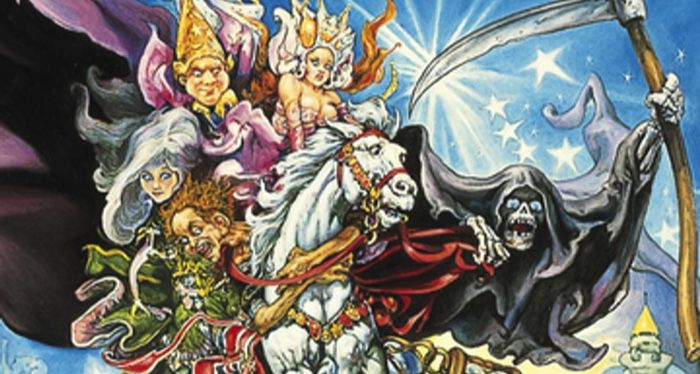 I suppose it’s time to confess my sins before the masses. I’ve been a fantasy lover since I was a small child. Like many other millennials, I grew up with Roald Dahl, Jill Murphy’s The Worst Witch, Enid Blyton, and Lewis Carroll. Those fantastical worlds were my early adventures and as a teenager I feel further into fantasy. It’s still one of my favourite genres.  But in two and a half decades of reading vociferously as if my life depended on it…I have never read a Terry Pratchett book. If you’re horrified, I completely understand and accept your judgement of me. More than 80 million books from his Discworld series have been published in almost 40 languages. He usually wrote two books a year, and the Discworld books are made up of 41 novels, several short stories, six ‘Mapps’ of Discworld, four science books, and a further gamut of companion books, cookbooks, art portfolios, picture books for children and even an atlas

I’d been considering taking a stab at Discworld for, oh, about five years now. What horrified me is where on earth I was supposed to begin (though of course, one begins not on earth at all, but on the Discworld). I kept reading that it didn’t matter where you started, because all the books can be understood alone, but that didn’t help me at all. It was like Netflix; there’s too much choice and I tend towards panicking and just scrolling forever.

I made an effort at The Colour of Magic (officially the first novel) some years ago but I did it while moving house, which was remiss of me because the copy got lost and has never been seen again.

In late 2020, I saw a thread on Twitter from Hannah Elspeth, a thread which simply bled this woman’s affection for Pratchett’s world. I felt a new inspiration take hold and I desperately wanted in, but was still innately clueless and unsure.

I figure I can’t be alone in this. Sometimes, a thing is just so big that you need to help to navigate it and then it ends up on the back foot and you never do it at all. That’s not to make it sound like work, but 41 novels sounds intimidating. So I asked my own friends to point me in the right direction.

My friends have done the research, and they’ve given it to me to get me going. They sent me diagrams and websites, options and opinions. They laid out their best guesses and thoughts. They got friends of friends involved. Despite the fact that I basically asked them to do free work for me, they got to it with a fervent passion and I think that says a lot about Pratchett fans.

So here we are. Reading pathways for Terry Pratchett’s Discworld. Let’s pass Go and collect what feels like 200 books. 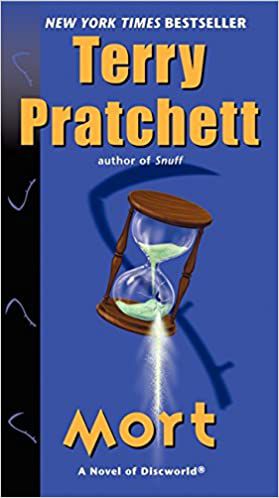 In 2003, Mort was voted one of the UK’s favourite novels in a BBC Big Read contest, so there must be something in it — many of my friends’ friends recommended it to me. Mort features the much beloved character of Death in a plot-driven pleasure of a story featuring soul collecting, a fantastic library, the Unseen University, and a palatial finish.

If you like well-plotted stories with plenty of wit and a big world, start here. 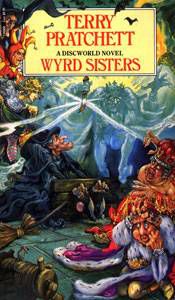 This was recommended to me by the vast majority of my personal friends as a good place to start — so I did. They told me it was Macbeth and Hamlet rolled into one and well, they were right. 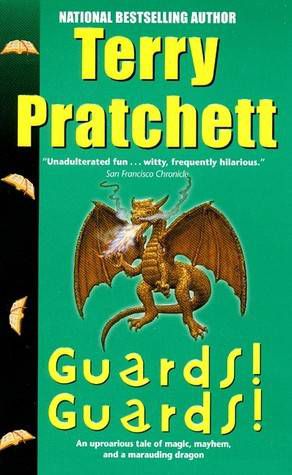 The Ankh-Morpork City Watch has a problem in the form of a dragon. Renowned as incompetent, the Watch have to do some proper work for once. There were moments in this when I legitimately laughed out loud.

If you fancy some dragon action and a snorting giggle, start here. 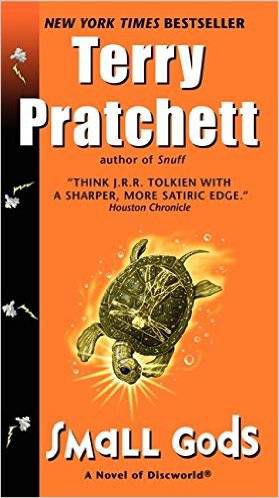 This is a standalone novel, so starting here means you can’t fear missing out on any context. Small Gods tells the tale of Om and his prophet Brutha, tying religion and politics together in a brilliant satire. 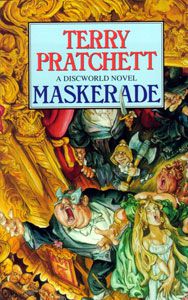 There’s a ghost haunting the Opera House in Ankh-Morpork, where a chorus girl sings the main parts on the demands of the ghost. Sound familiar?

If you liked Phantom of the Opera, start here.