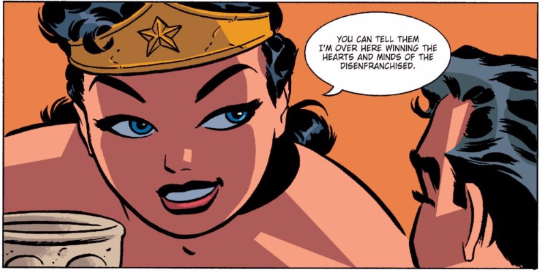 Warner brothers recently announced that they are developing a Joker origin movie, with Martin Scorsese attached to produce. After Jared I’m-a-serious-actor-and-giving-my-colleagues-used-condoms-is-my-process Leto’s work in Suicide Squad, a gritty ’80s reboot of a Joker movie is a little troubling to me. The reports of the film being “super dark and real” don’t ease my concerns that the film will be a glorification of violent masculinity.  However, The Hollywood Reporter noted the choice to begin development on this out-of-continuity DC film. The company may be moving away from a shared universe model, and into the creation of self-contained stories. DC comics has a long history of stories told outside of their main universe, and here are some we would love to see on the silver screen:

Written by the late comic book genius Darwyn Cooke, The New Frontier reimagines the relationship between DC superheroes of the 1950s and the political realities of the times. Superheroes, except for those who choose to work as government soldiers, are outlawed. Thus, a new era of heroes like Hal Jordan, a veteran struggling with war trauma, join the fray. Wonder Woman abandons her government job, disillusioned by the murder and violence the United States government secretly enacts and abets. John Henry (Steel) is a black Korean War Veteran whose family is tragically murdered by the KKK. He becomes a hammer wielding ‘John Henry’ to fight those monsters.

One of the drawbacks of shared superhero universes like the MCU is that they can’t take huge ideological risks. They threaten not just one film but whole franchises. A film based on The New Frontier could explore the politics of its characters with more experimentation. Hopefully, though, John Henry could have a bigger role in the film than the motivational death function he occupies in the comic. 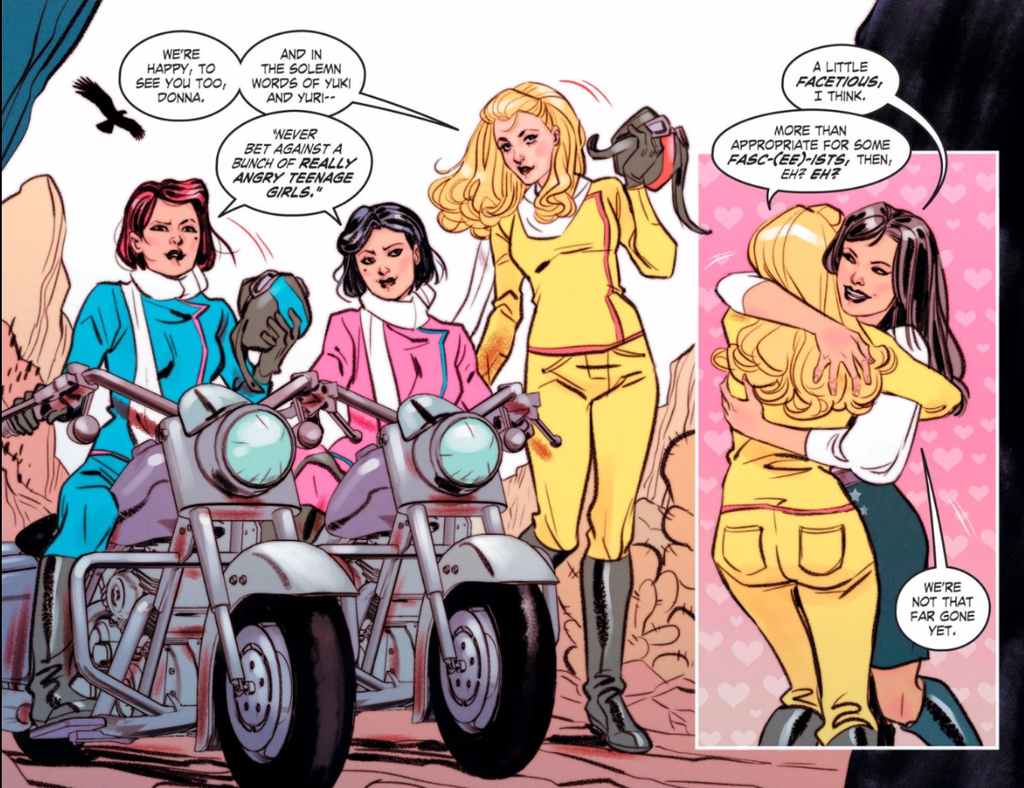 Like The New Frontier, Bombshells builds a DC universe which reimagines the role superheroes played in the mid nineteenth century. This super world is filled with with ’40s versions of the superheroines of the DC universe, male heroes largely absent. Batwoman Kate Kane, the greatest and most underrated superhero of all time, is one of the stories’ main heroes. Superhero interventions in major American wars have been successful fodder for films. Bombshells goes a lot further in its inherent criticisms of American politics than, say, Captain America: The First Avenger. For example, Bombshells treats internment camps as a threat to the American soul. This long-running comic would make a great model for a nuanced superhero war film. 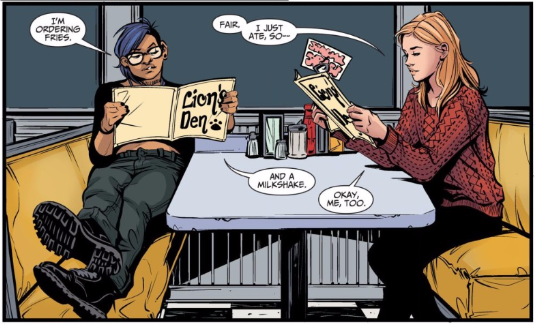 Rioters love the four part mini-series Supergirl: Being Super.  Set on a Superman-less world, a teenage Kara Danvers grapples with grief, frustration, and her alien identity. There’s a lot to love. Elements of classic Superman and Supergirl stories jumble together in new combinations, grounded in breathtakingly naturalistic language. In a scene in which Kara and her friend struggle to communicate their grief over a loved one’s death, Kara texts: “???,” AKA: eye donut give a crap. In some ways this universe is less alternative than others, but it is deeply important to the story that Kara is the lone superhero of her world. The story gets at the loneliness of Supergirl that has been around since her ’60s beginnings, when she was Linda Lee Danvers, the superpowered teenager forced to hide her existence from the world.

In Superman & Batman: Generations, John Byrne builds a universe that streamlines DC’s jumbled history into a single chronology. Superman and Batman start out their careers along with the rest of the Justice Society fighting Nazis in the forties. Then they grow old, and pass their legacies on to future generations. One of the interesting projects of the book is to stylistically imitate the popular comics of whatever time period the story is currently in. The early stories, for example, have a mixture of pulpy dialogue and noir-ish violence, while the seventies stories are supernatural and psychedelic. Generations is a perfect template for a multigenerational superhero epic. Could a different director shoot each era in order to differentiate the times stylistically? Could P.T. Anderson direct an amazing adaptation of Deadman’s trippy ’70s journey to exorcise the ghost of Batman from the mind of an aging joker? Probably.

Like Generations, All-Star Superman crafts a super-universe which condenses characters and stories from many eras of Superman into one world. Instead of spanning across multiple generations though, Morison condenses everything into a few months. The result is a DC Universe colored with the inventiveness and wackiness of 60+ years of Superman stories. A Bizarro planet! Sun-eating alien pets from Krypton! Steve Lombard (yikes). The story itself is equal parts zany fun and sober reflections on the role of a savior, but the world Superman flies around is just a blast. DC did make an animated movie based loosely on the book, but a live action film could be a fresh exploration of the DC universe. 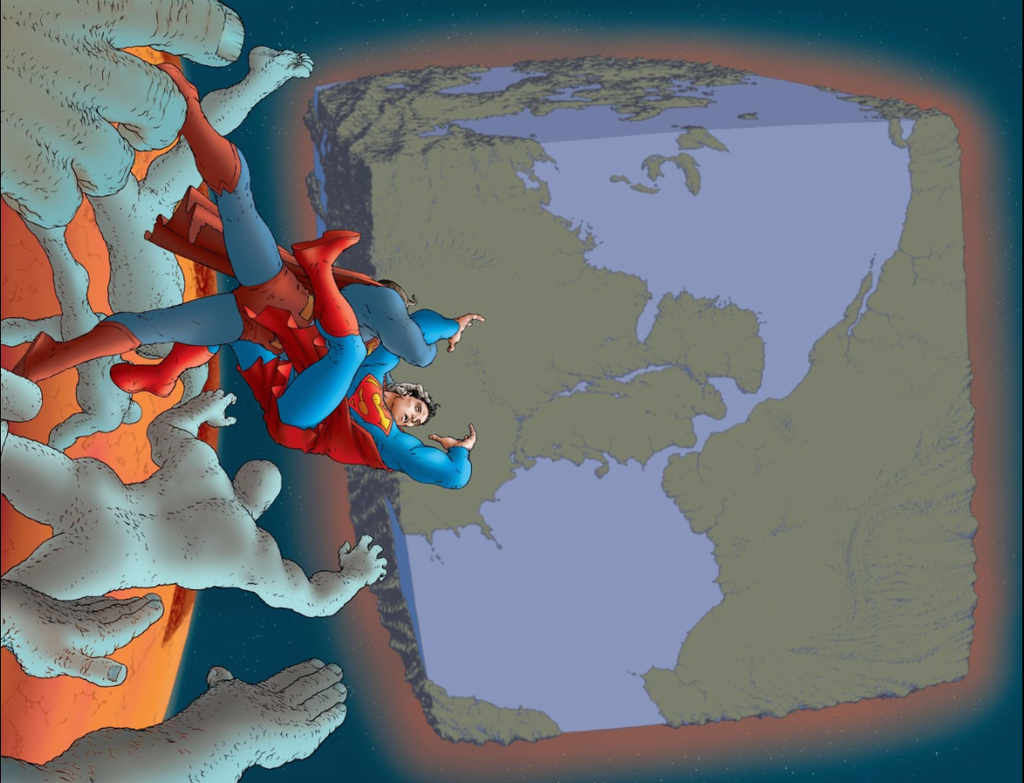 So many great alternative earth DC stories to choose from instead of making a Joker movie!