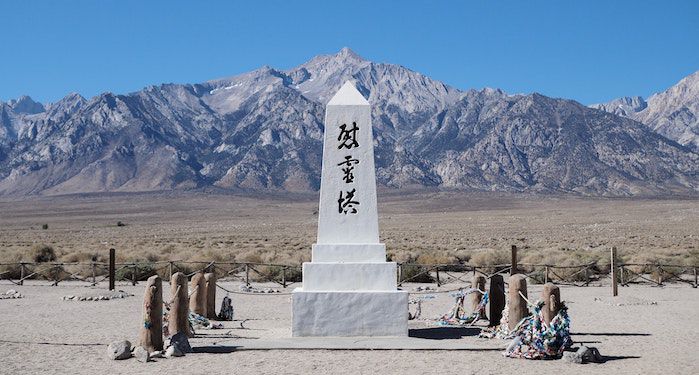 On this day, February 19, Japanese Americans observe the Day of Remembrance, which marks the anniversary of the signing of Executive Order 9066. This order, which was signed by President Franklin D. Roosevelt in 1942, prompted the forced relocation and incarceration of over 100,000 people of Japanese ancestry during World War II. Even as a Japanese American myself, I find that it’s only been in the past few years that I’ve really started to learn about this piece of U.S. history, which I remember was often reduced to just one or two sentences in my school textbooks. But instead of shamefully glossing over and being in danger of forgetting about horrific events like these, it is critical to actually learn about and contend with them. Here are 11 books about the incarceration of Japanese Americans that I hope can help spread more awareness and empathy. 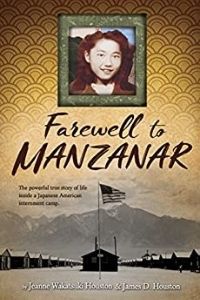 Jeanne Wakatsuki Houston chronicles her family’s experiences being forcefully removed from their home and confined at Manzanar, one of the sites of camps established by the U.S. government to detain Japanese Americans. The story follows a young Jeanne and her family during their years at the camp, and also recounts their experiences back in society after being released. This memoir, released in 1973, is one of the earliest published firsthand accounts of the Japanese American incarceration and was also adapted into a made-for-TV movie in 1976. 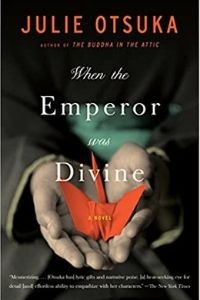 This novel tells the story of a Japanese American family that is evicted from their home in California and incarcerated at a camp in Utah. It is divided into five sections that are each narrated by a different family member, and gives a vivid and multi-dimensional account of the experiences in the camps. 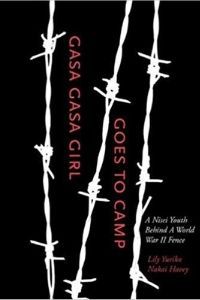 From the ages of 10 to 13, Lily Yuriko Nakai Havey was incarcerated with her family at the Santa Anita Assembly Center in California, and later at the Amache Relocation Center in Colorado. Havey is an artist and painted a series of watercolors depicting her experiences, which are collected in this memoir accompanying short vignettes that capture scenes of life at the camps. 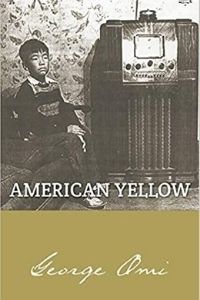 Following the Japanese attack on Pearl Harbor in December 1941, the Omi family was uprooted from their home in San Francisco and incarcerated approximately 2,000 miles away at the Rohwer War Relocation Center in Arkansas. Young Minoru and his sister Shii-chan were forced to leave behind their lives as they knew them, and their parents lost the dry-cleaning business they had worked so hard to build. This memoir follows the story of the Omi family’s survival through the war, and of their journey back to San Francisco to rebuild their lives in the aftermath. 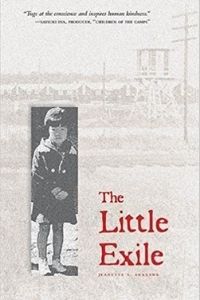 The Little Exile by Jeanette Arakawa

This book of autobiographical fiction tells the story of Marie Mitsui, a young girl whose life was turned upside down when her family and thousands of other Japanese Americans were forced out of their homes and relocated. Each chapter begins with the title of a song, along with the artist’s name, which not only creates a built-in soundtrack based on what Arakawa would have been listening to on the radio during that period, but also illustrates how Marie’s story is, in fact, a distinctly American one. 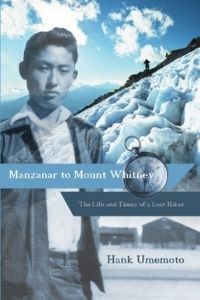 Hank Umemoto was a young teenager when he was incarcerated at Manzanar during World War II. From inside the barracks, he was able to see Mount Whitney, and vowed that he would one day hike the mountain when he was a free man. Umemoto recalls stories from his life as a Japanese American in California both before and after the war, and chronicles his journey from admiring Mount Whitney from inside Manzanar to finally reaching its summit decades later. 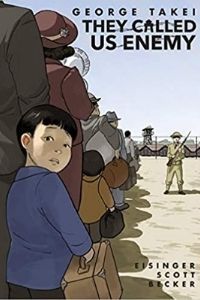 George Takei, best recognized for his portrayal of Sulu in Star Trek, recounts the story of his family’s incarceration during World War II. Takei was only 4 years old when his family was forced from home and confined behind barbed wire. In this graphic memoir, he provides a window into the camps, detailing the experience of growing up in such dehumanizing conditions, watching his parents respond to the ordeal, and exploring what it means to be an American. While on vacation in San Francisco with her mother, Kiku is suddenly displaced from the present day and taken to the 1940s, when her grandmother Ernestina Teranishi was incarcerated alongside other Japanese Americans during the war. Kiku gets stuck in the past and must live in the camp, witnessing and learning about the suffering and survival of her ancestors and the Japanese American community at large in a way she never could have imagined. This graphic novel beautifully blends history and fiction to shed a light on intergenerational trauma and the importance of memory. 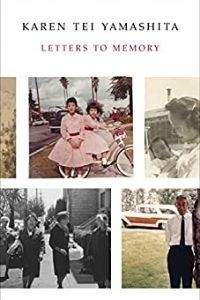 In this experimental work, Karen Tei Yamashita constructs a series of epistolary conversations with figures such as Homer and Vyasa as a means to explore the archives of her family’s history. By sharing various documents, letters, photographs, and other materials, Yamashita builds a picture of not only her family’s experiences of the incarceration, but also examines it from various academic perspectives. 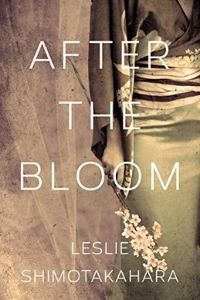 After the Bloom by Leslie Shimotakahara

Rita Takemitsu, a single mother in 1980s Toronto, embarks on a search for her mother Lily, who has gone missing. Over the course of her investigation, Rita begins to uncover secrets related to her mother’s incarceration at a camp in California during World War II, the family’s immigration to Canada after the war, and the mysterious father she has never known. Told in alternating storylines, this novel portrays a family confronting and coming to terms with their past. 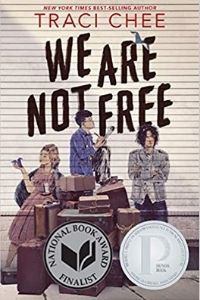 This novel follows 14 Nisei teenagers who grew up together in San Francisco as their lives are upended by the mass incarcerations of World War II. While the outside world rejects them as the enemy, they must join together and form a community in order to survive. Though a work of fiction, parts of the narrative are inspired by aspects of Chee’s family’s real experiences as told to her through interviews with relatives who lived through the period.

Be sure to also check out this list of children’s books for more about Japanese experiences during World War II.

Though the incarceration of Japanese Americans during World War II is an event from the past, issues of racism and injustice of all forms continue to permeate our society and harm many communities. While today is a reminder of this specific injustice committed against Japanese Americans by the U.S. government, I hope that reading and learning about it allows for a more empathetic and accepting world as a whole.