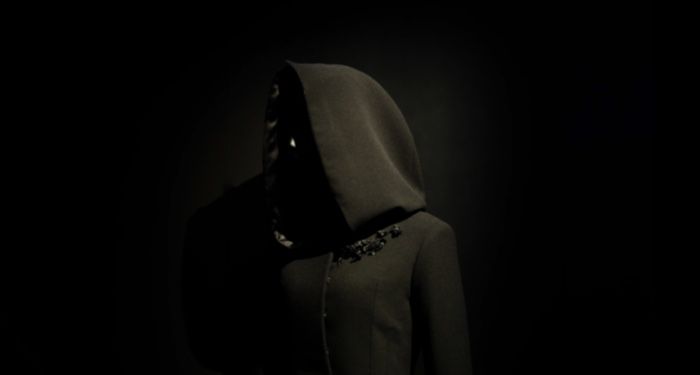 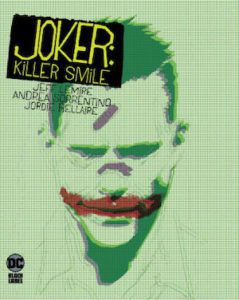 Arkham Asylum is home to many of the Batman’s worst enemies— including the most dangerous one of all: The Joker. No one has ever been able to break through the insanity of the Joker’s mind. Many have been broken themselves in the attempt. But Dr. Ben Arnell is sure that he will be the one to finally cure him. From the creative team of Jeff Lemire and Andrea Sorrentino comes Joker: Killer Smile, a terrifying tale of psychological horror that explores the madness within The Joker— and the family man who will risk it all to gaze into the abyss. 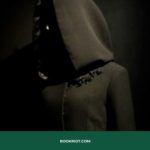 When comics first gained popularity, they were mainly geared toward children. It was a common assumption that adults didn’t concern themselves with bright and colorful tales of powerful men and women upholding truth and justice or lovable teenagers getting into innocent trouble.

But comics and graphic novels have come a long way since the 1930s. A substantial shift at the end of the 20th century towards darker, more adult-oriented fare proved that “funnybooks” didn’t have to be funny to be good. Now, plenty of comics are written specifically for adults as they explore complex themes of sex, violence, and morality. Gone are the days of only bright panels and benign stories.

If you’re someone who likes your comics dark, try out these titles that are decidedly not for children! 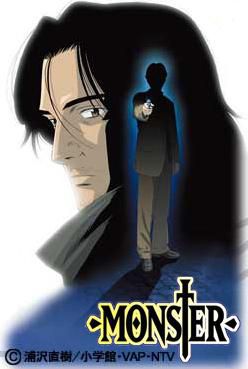 This multiple award-winning, 18-volume manga was written over a span of seven years. When the young Japanese brain surgeon Dr. Kenzo Tenma makes a career-defining decision to save the life of gunshot victim Johan Liebert over a more high-profile patient, little does he know that Liebert will become a dangerous serial killer. Having risked everything to save Liebert’s life, Tenma must embark on a dangerous journey to right the wrongs that he now feels responsible for creating. Morality and justice is definitely not black and white in this saga. If you enjoy the manga, make sure to check out the anime that is incredibly faithful to the series. 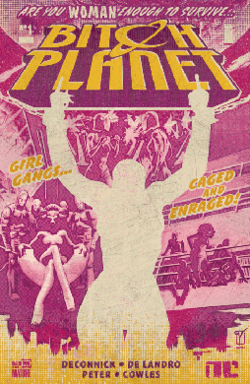 This high-concept story is a mash-up of the exploitation films of the ’60s and ’70s and a dystopian prison drama. It’s set in a future where a group of men hold all the world’s power (wait, maybe that’s not so futuristic) and send “non-compliant” women (whatever that means) off-world for imprisonment and rehabilitation. At the Auxiliary Compliance Outpost, or”Bitch Planet,” the incarcerated women, most of whom are women of color, are forced to take part in the violent sport Megaton for the amusement of all the men watching back home. Creators DeConnick and De Landro intentionally include a lot of nudity specifically to show the female body in a non-sexual context, and they end each volume with a segment called “Bitch Fest” where they discuss the comic and its relation to feminist issues. 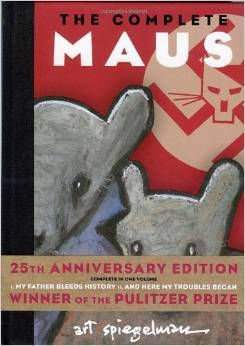 Maus is the first—and only—graphic novel to ever win the Pulitzer Prize. And it’s that much more impressive because of the way in which it depicts, in comic form, one of the darkest periods in human history. Part biography and part history, Maus is the story of Art Spiegelman interviewing his father, Vladek, about Vladek’s experiences during the Holocaust. Told in sparse and beautiful imagery, the comic depicts Jewish people as mice, Germans as cats, and Poles as pigs. In two volumes, Spiegelman relates his father’s capture as a prisoner of war, time spent in hiding, and imprisonment and eventual liberation from the concentration camps. Heavy and important, Maus is one of those comics that will never leave you. 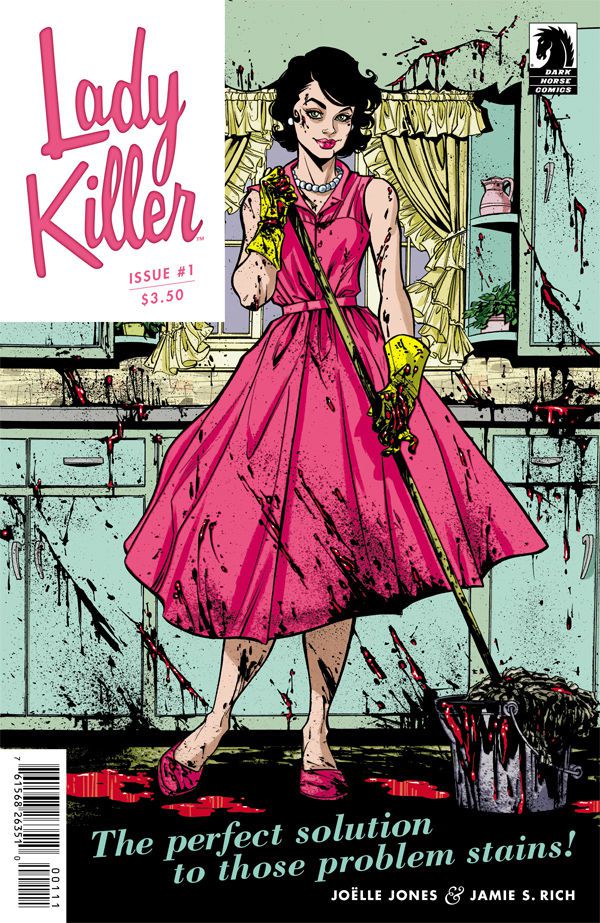 Fans of Killing Eve will love this hyper-violent limited series from Dark Horse and writer Joëlle Jones. Turning the concept of a “Lady Killer” on its head, this Eisner-nominated comic tells the exploits of Josie Schuller, the quintessential 1950s housewife who also happens to be a contract killer for the mafia. When she runs afoul of her employer, Josie’s seemingly perfect American life is suddenly thrust into danger. Jones says she was inspired by advertisements from the 1940s, ’50s, and ’60s to create the world of the comic. Expect a lot of blood, sex, and dark humor in this one. Mad Men this ain’t. 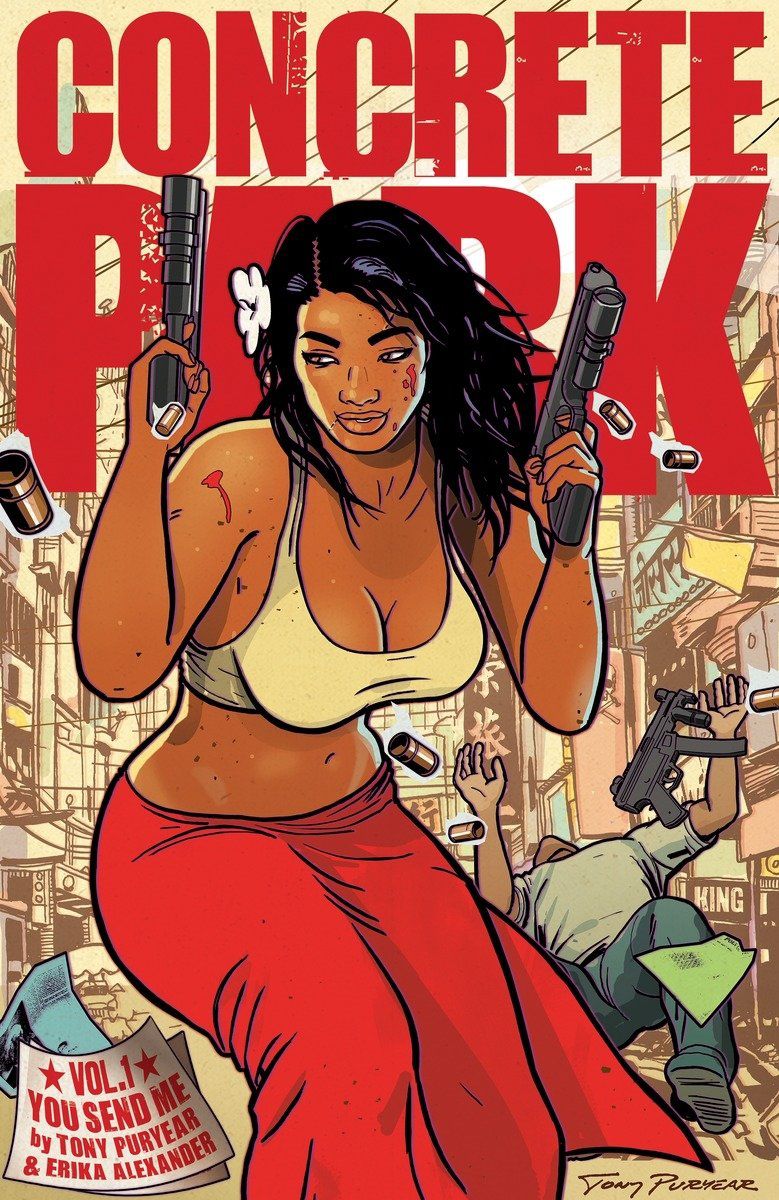 This afrofuturistic comic was written and illustrated by a husband-and-wife team of the actress Erika Alexander and screenwriter Tony Puryear. Similar to Bitch Planet, Concrete Park is about a prison planet. This one is called Oasis, and it’s where thousands of the Earth’s poor have been deported and forced into slave mining labor. Warring factions of gangs are on the rise, however, especially since the transport ships of supplies from Earth have stopped and the prisoners find themselves enmeshed in an all-out fight for survival. Don’t get too attached to the story, though—as far as I can tell, Alexander and Puryear divorced in 2017 and it’s unclear if any more issues of Concrete Park are forthcoming.

This Victorian-era comic series combines body horror, the occult, and queer love to make for a very unique tale indeed. Lady Lalita Bertram is stuck in a loveless marriage to an unfaithful husband. But she has a lover of her own: her lady’s maid, Mariah. When Mariah introduces Lalita to a strange power that transforms both women into monstrous insectoid creatures, they enact revenge on Lalita’s husband and discover a dangerous world of werewolves and demons. It’s Jane Austen meets queer gothic horror, with plenty of sex and gore. 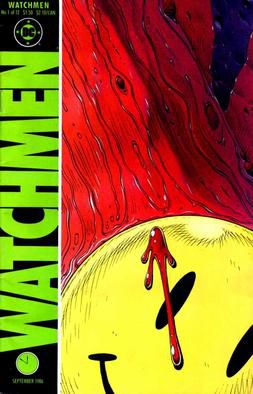 No list of dark comics is complete without Watchmen, the grandfather of all dark comics. This satire of the superhero genre came out in 12 installments between 1986 and 1987 and comics were never the same again. Set in an alternate reality in which costumed “adventurers” rise to prominence in the 1940s, Watchmen is a murder mystery, a deeply unsettling psychological profile, and a bleak morality tale all rolled into one. In the years since it came out, several adaptations and spin-offs have been attempted. Most recently, the HBO “re-imagining” of the Watchmen universe made history with 26 Emmy nominations. If you enjoyed that show, now is the time to revisit (or visit for the first time) the comic that started it all.