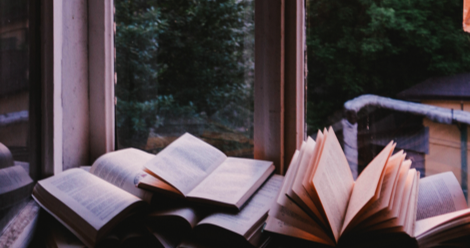 Every year, I try to set myself some sort of reading challenge. Last year I was hoping that 50% of the books I read would be by women, and I went out of my way to make sure that happened. In the spirit of examining my own behaviour, I set out on my 2017 reading journey without any list of books to adhere to, but determined that 10% of everything I read should be by a person of colour, and at least 60% should be written by female voices. At no point in 2017 did I stop to count if I was reaching these goals.

That’s a lot of goals—and to be honest, throughout the year I wasn’t really keeping track. It’s not quite the end of December as of this writing, so I’m not totally finished yet, but I’m stopping the clock to look back.

In 2017, I read 32,476 pages in 108 books—the longest was almost 1,500 pages, The Fiery Cross, part of Diana Gabaldon’s Outlander series. I also reached my target of 10% authors of colour, but barely. The books I read featured diverse authors: a British woman of Indian descent, a black male preacher from the United States, and some harrowing nonfiction narrative by a female Filipino voice. Though I hit my target with 14 books (13%), I can assess this with some hefty criticism of myself: I read too many books by white people, and that has to change in 2018.

Of my effort to read more of women’s voices, I am prouder—especially because I didn’t track this throughout the year and simply followed my heart when it came to what I wanted to read. 61% of all books I read this year were by women—fiction, nonfiction, fantasy, young adult and feminist all included.

Did I read more comics? I did—from Wicked and the Divine to Bitch Planet, Saga, and Lumberjanes, I picked up some amazing stories that I continued to follow as the weeks turned to months. It’s not enough, especially now that I’ve spent hours wandering the cavernous basement of London’s Forbidden Planet with my partner, picking out new possibilities while, as always, despairing that there just aren’t enough hours in the day to read everything I want to.

I also managed to read more books about science and nature—Junk Raft, A Sting in the Tale, and Being a Beast were super refreshing and have pushed me to be a better human when it comes to waste and conservation. On top of that, Periods Gone Public shone a light on the topic of environmental feminism, which is so often lost in the giant sphere of feminist conversation.

I also achieved more comedy—Eddie Izzard, Lauren Graham, Amy Schumer, Samantha Irby and Kelly Oxford all filled my life with giggles for the time I spent with their books. I had intended to mostly avoid politics this year, and aside from my general tendency to read feminist books, I succeeded in this also. I can count only a handful of books that considered politics as a core tenet—and most of that related to politics outside of the obvious cavalcade of literature already produced about the Trump Presidency. I loved Manal Al-Sharif’s Daring to Drive, and Riot Days by Maria Alyokhina exposes the price paid for even minor political protest in Russia.

One of the places I failed was in reading more Irish books. Sara Baume’s A Line Made by Walking was wonderful, and I was a latecomer to Patrick Ness’s A Monster Calls (finished it in one sitting then cried for about 9 hours, oops). But aside from that, I’ve neglected literature from my own homeland and I intend to rectify that in 2018. Though I did read more books about sport—mostly running and yoga, with a dash of mountain climbing (Into Thin Air)—I am aware that I mostly failed this goal for 2017 and again, it’s one I need to improve on for the coming year.

It feels weird to write this. Analysing your own reading before an audience of thousands is a seriously egotistical undertaking; most people won’t care one bit. Here’s the thing though: reading is an immense privilege, not an automatic right. I’m determined to make my reading the best it can be by learning about new voices and new ideas. I’m already excited for my 2018 book stash.