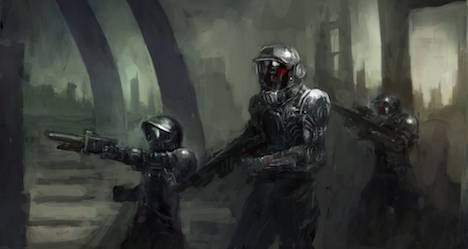 This is a guest post from Claire Quigley. Claire is a PhD student, writing on the topic of contemporary weird fiction. Loves science fiction, magical realism, and literature with a dark subtext. Often found conducting bookish ramblings on Booktube. Follow her on Twitter @clairequip.

For most of my undergraduate years I was a typical English Literature student. I drank endless amounts of cheap coffee, I pulled all-nighters to finish essays, and I was obsessed with reading every book in the great Western canon. Most of my time was spent reading “the classics,” like Charlotte Brontë or Charles Dickens. I then moved onto the more experimental literature of James Joyce and Virginia Woolf. I bemoaned the fact that our best books had been written nearly a hundred years ago, and thought surely it was all downhill from here. For a long time I didn’t even pick up contemporary literature, let alone genre fiction. You might say I was a bit of a literary snob.

Okay, I was definitely a literary snob. But then a strange thing happened, I began to get bored with the Western canon (would you believe?) and I ventured outside my comfort zone. Books from “the canon” just didn’t appeal to me like they once had; I noticed my experience of literature had been blinkered and my reading so limited. Don’t get me wrong, the Western canon boasts some amazing literary voices, I simply recognised they weren’t the only voices worthy attention.

So I started reading popular science books like Frankenstein’s Cat by Emily Anthes, marvelling at real-life cyborg animals and prospects of genetic engineering. I frazzled my brain pondering the multiverse whilst reading Brian Greene’s The Elegant Universe. I became fascinated with the philosophical, ethical, and existential questions surrounding scientific advancements. I had my fill of non-fiction science, but I pined for a literature that could take me further. Rather belatedly, I realised the books had been staring at me from the bookshop shelves all along – living under headers labelled “science fiction” in corners of the store I had never thought to venture.

It was time to face my genre snobbery. “I guess I like the ideas in science fiction,” I would think, “but I don’t really like actual science fiction.” Without much evidence, I thought science fiction was too pulpy, popularised as “sci-fi.” the writing too crude and coarse. I picked up one or two books that I didn’t like and made a judgement on the whole genre. My prejudice had only grown! But then, just when my destiny as a literary snob seemed sealed, I did something miraculous – I changed my mind! I started soft with Margaret Atwood’s MaddAddam series, devouring all three books feverishly one summer. Suddenly I was reaching for contemporary science fiction like Kim Stanley Robinson’s 2312 or solid classics of the genre like Roadside Picnic by the Strugatsky brothers.

I had embraced science fiction, and it was amazing! But I found myself facing another problem – the shadow of the fake geek girl loomed over me. Surely, I wasn’t qualified to call myself a sci-fi reader. When others had experienced dystopian futures, hacked into super-computers and travelled to far-off star systems, I had been busy reading about the interior lives of troubled middle-class men.  I hadn’t put in the hours – obviously I was just another “pretender.” I hadn’t found solace in the pages of, say, William Gibson’s Neuromancer as a disenfranchised teen; I was only pale imitation of a true sci-fi lover, only willing to adopt the genre because science is now “cool.” In reality, though, this fear was ungrounded. No self-proclaimed science fiction fan has ever dismissed or questioned my dedication to the genre. The wonderful thing about science fiction is that it deals with so many voices, and entertains so many bizarre and out-there ideas, that there truly is space for everyone.

So, fellow sci-fi nerds; my advice is this – do not get angry at people who scoff at your genre tastes. My past reliance on the literary canon came from a place of insecurity, as did my fear of being ostracised by the sci-fi community. Be patient with them and maybe suggest something with science fiction-type themes they might enjoy – I find Kazuo Ishiguro’s Never Let Me Go or The Dead Lake by Hamid Ismailov are good options. And for those of you yet to join the ranks of the science fiction genre – I say take the plunge, or hop into the time machine, there’s a whole galaxy of literature waiting for you. Please, don’t dismiss a book based on where it’s shelved at the bookshop.