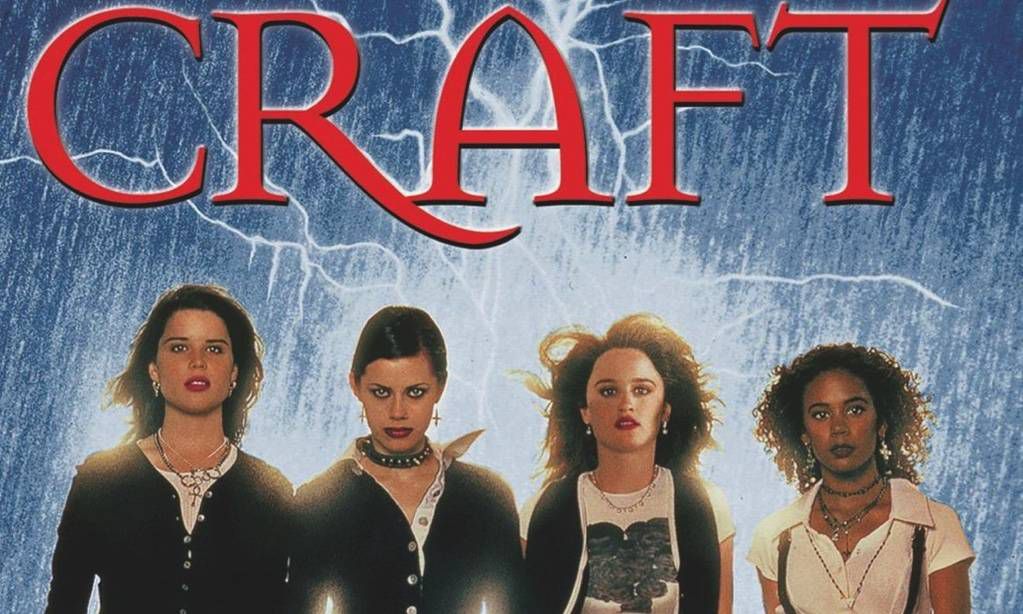 So, by now, everyone has heard the crazy/terrifying/possibly awesome but definitely unnecessary news that Sony is remaking The Craft. As much as I am super down to see another movie about badass young lady witches being crazy and kicking butt all over town, I also just can’t imagine a Nancy that isn’t Fairuza Balk. Like, what is that? Fairuza IS Nancy, Nancy is Fairuza, and that’s the end of it.

Anyway, because we’re all hopped up on Craft juices now (come on, whether you’re excited or angry, you know you’re hopped up), I figured it would be good if we could all whet our witchy whistles with some awesome Craft-esque comics that might hold us over until we get some casting news. Maybe they’ll just cast Fairuza as Nancy again. Fine, I’ll stop talking about it.

If you haven’t checked out this new series and you’re a fan of creepy, campy witch things, you are SERIOUSLY missing out. Archie Comics started this Sabrina horror series last year, and it is fantastic. Set in the 1960s, the art is reminiscent of the best horror comics of that time, with all of the dark seriousness that goes along with that. But it’s also super fun – it sets up the history of Sabrina’s world, which is mostly familiar at this point, while tossing in a few of its own inventions. There’s a crazy witch demon lady named Madam Satan who doesn’t have a face and looks like the aliens from MARS ATTACKS! Sabrina’s mom has been institutionalized! Whoa. And Salem is there. It’s legit.

Branching away from the creepy-horror factor, step into Gotham Academy, a comic about a school for kids from Gotham who are… strange. The series stars Olive Silverlock, daughter of Sybil Silverlock (a.k.a. Calamity), who is a beautiful, innocent girl with latent and mysterious powers, reminiscent of Sarah Bailey. However, fans of The Craft might be most interested in Nancy-esque antagonist Pomeline Fritch, whose short plaid skirts, spike necklaces, and ever-present scowl prove that she would have fit in perfectly in St. Benedict’s Academy’s #1 coven.

People who love teams of badass ladies doing magic things but haven’t read the super-popular series Rat Queens are actually just nutso. The series follows four young women – SIMILAR TO A COVEN WE ALL KNOW – who use their fantastic and varied abilities to protect their town, Palisade, from evil forces comprised of both monsters and groups of Skeet Ulrich-esque jerkballs. The de-facto leader of the group, Hannah, is an elven mage who would hang out with Nancy, and Nancy would be like, “Look at me glamour myself into a pile of clothes,” and Hannah would be like, “Cool, look at me turn my magic into a spear and stab this dude,” and Nancy would be suitably impressed, and they would be friends, and it would be great.

This fantastic BOOM! Box series has a more understated sense of magic than the other choices on this list, but it has so many other Craft-like elements that it’s a necessary inclusion. The hilarious series follows the gothically beautiful Esther, the wonderfully strange Daisy, and the intelligent but grumpy Susan as they navigate their first year of University. Just like the ladies of the coven, Esther, Daisy, and Susan frequently encounter jerk dudes and have to learn to work together to outsmart them. I mean, these ladies might not know Manon, but Esther does sometimes dress up in fun steampunk outfits and accidentally end up at sacrificial parties, so that counts, right? Also, the ladies have to deal with the possibly actually-magical force field of klutziness that surrounds Esther, so there’s that.

Wytches by Scott Snyder and Jock

While Wytches doesn’t really have a team of ladies to speak of (unless you count horrifying demons as ladies, in which case, it sure does), it definitely brings us back to the underlying sense of terror that exists beneath everything that happens in The Craft. Look, we all loved that movie, but what about that one scene where Nancy floats across the floor at Skeet Ulrich before she pushes him out the window? That was terrifying! Wytches strikes that same cord, following the intrepid young Sailor and her dad, Charlie, as they attempt to survive in a town controlled by an ancient evil that lives in the woods. As the series goes on, we get more and more glimpses into Sailor and   Charlie’s messed up familial history – including Charlie’s alcoholism – and how it led them to be in the situation they’re in, which is, basically, human sacrifices. Awesome.