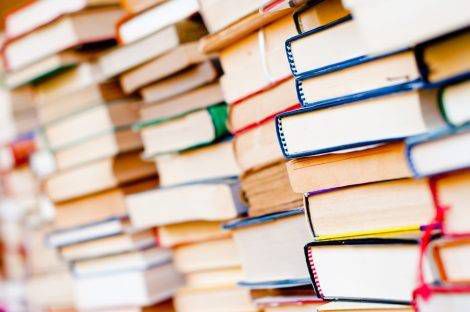 This post originally ran on April 11, 2016.
_______________
I can still remember the way the sheets felt on the bottom bunk of my childhood bed, where I did most of my reading. I remember the ache in my neck from craning over the words and images that would stay with me into adulthood. For as long as I can remember, I’ve found myself surrounded by more books than people. I’m positive that I probably had, and still do have, more comics than friends and family. Someone else would find this inextricably sad; what a lonely child I must have been. However, I never felt that way.

My brother is seven years my senior, and I made it my mission to like as many of the same things as him as I possibly could. Although he couldn’t be the devoted best friend I sought in my early years, the time and things we shared would shape me into the person I am now. My solitary days were spent hunched over old comics I borrowed and memorizing statistics on the back of Marvel trading cards. I forged an attachment to comics at a very young age that comforted me throughout all the good and bad times in my life. Comics, for me, became synonymous with family. Comics made my loneliness just seem less lonely. Despite my growing devotion, reading comics was a hobby I shared with very few friends.

I became THAT girl. A nerd among nerds. I could continuously spout off about who was my favorite Batgirl (Cass Cain), and no one I knew had any idea what I was saying. I spent an excessive amount of time loitering in the graphic novel and manga sections of big name book stores. I wasn’t even a teenager when first felt the deep and palpable silence that came over a room as I walked into a small store in a mall that sold comics and games; I walked out with my CLAMP manga, and the realization that I just got stared at like I was a straight-up, real life unicorn simply because I was a girl. I once got into a fight with a high school boyfriend on a bus that was playing Sam Raimi’s Spider-Man about how vehemently I felt this was not the representation of the character that I felt was deserved. He said I cared way too much over something that really wasn’t all that bad and probably didn’t matter. Needless to say, we definitely broke up. I kept my comics close to my chest. These, among many other things, made me wary of letting people in close enough to know why these seemingly miniscule things were so important to me. How could they understand that it wasn’t just about the comics, but what they symbolized for me: friends and family and escape from a life that I sometimes felt was too much to bear.

When I moved away from home after graduating from college, there was a sense of paralyzing fear combined with relief. I had no plan. No job. But, I had escaped a situation at home that would have left my mental health in shambles. I was in a relationship, but that subsequently ended six months after my arrival to Washington DC from my childhood home in New Jersey. I found myself determined to not go home to my family a complete failure. I felt so incredibly alone. The only friends I had made were ones from a part-time job I was quickly beginning to hate and from a comic shop in the city whose employees I had met at the nearby conventions.

When I wasn’t sleeping on the living room floor of my ex’s apartment, I was couch surfing on the good graces of folks from the shop. I had found myself in a relationship with someone I met while at one of the store’s events. When I lost my job, I found myself spending more and more time in the shop. Comics were essentially holding me together from just turning into an amorphous puddle of paralyzing anxiety and tears. All of my connections with other human beings, at least face to face, took place with shop regulars. I had found my people. I had people with whom I shared a part of myself that was just a simple quirk to most of my other acquaintances.. I attended book clubs and parties where I had conversations I had only reserved for so few others. I began to feel less lonely.

A year ago, I became an employee of the shop that took me in when I felt like I had nothing. I became a part of the Valkyries, an international group of women who work in comic retail. My shop has three Valkyries, which is more than many shops I’ve encountered, these women, along with my other coworkers, have become so much more than I had ever expected; a family. I chose this family, and they in return helped me piece my life back together. We are not without mistakes or dysfunctions, like any other family. Together we create a community that feels the way I felt curled on that bunk bed surrounded by adventures I would never thought I would have. But, I’m learning that we can make our own adventures. I am learning how life is its own adventure, despite its lack of mutant super powers.

Comics have given, and continue to give, me so much. Now I work to give some part of that to others.  I’ve been told that I’ll eventually need to let go of my childhood hobby and find a “real career”. People don’t realize that comics helped me grow up; that they grew up with me. Maybe things will change, but for now, I just want to give to others some piece of what comics has given me. Comics gave to me the distinct realization that I was so afraid I would never have in adulthood: I am not alone.