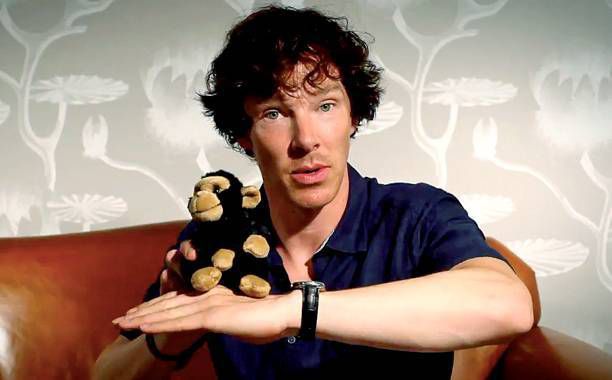 It’s the most wonderful time of the year!! At least it is if you’re a bit on the geeky side. This past weekend was Comic-Con International, also know as San Diego Comic-Con or SDCC for short. But no matter what it’s called, it is THE Comic-Con. The biggest, most raucous, zaniest, most delightfully overwhelming celebration of geek culture on the planet. It’s truly a site to behold.

But even if you’re not able to make it out to sunny San Diego, the news and announcement from the con are everywhere online. Between Twitter updates, live blogs, and shaky videos thrown up on YouTube, people at home know more about what’s happening at the show than the people who are actually there. We’ve waded through the sensory overload to bring you the best and bookiest announcements from this year’s Comic-Con:

Mr. Sandman, Bring Me a Dream


Vertigo Comics hosted a Sandman 25th Anniversary panel with Neil Gaiman and artist J.H. Williams III as guest. While there was talk of original comic series, the focus was the upcoming prequel series. Gaiman had this to say about Sandman: Overature, which starts October 30:

The LA Times’ Hero Complex has a thorough write-up of the panel and even more pages from the comic.

Back to Boneville
At his spotlight panel, Jeff Smith made the surprise announcement that he’s working on more Bone. There were few details but the author told the audience he was in talks with Scholastic. Smith said the books will be written by him and will take place in the world of Boneville, but “they won’t be sequels.”

“Nemo, man. Your shit is topsy-turvy.” 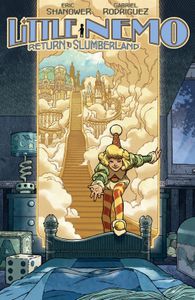 If You Liked the Book, You’ll Love the Comic
For the past few years, the brilliant Darwyn Cooke has been working on the comic adaptations of the Richard Stark Parker books. The fourth graphic novel, Slayground, has been announced for December. These comics are so sexy and gorgeous, they’re all well worth picking up.

It’s an Honor Just to Be Nominated
Each year, SDCC hosts the Will Eisner Comic Industry Awards–basically they’re the Oscars of comics. The categories are always a bit confusing (don’t even ask me what a “graphic album” is), but you can check out the full list of winners here. Chris Ware’s Building Stories was the big winner for the night, taking home four awards: Best Graphic Album–New, Best Writer/Artist, Best Lettering, and Best Publication Design. Brian K. Vaughan and Fiona Staples’ Saga won all the awards it was nominated for: Best Continuing Series, Best New Series, and Best Writer.

Notable this year was a tie for Best Penciler (those are the people who draw; they may or may not also be the inker). Both Chris Samnee (Daredevil) and David Aja (Hawkeye) took home the prize. Daredevil and Hawkeye are arguably the best comics coming out of Marvel right now.

Movies at Comic-Con is a long-standing tradition, ever since 1977 when George Lucas decided to see if the folks attending the comic convention would maybe be interested in a little film called Star Wars. Since then, movie and TV producers have been heading to San Diego each summer to promote there upcoming projects. Attendees line up for the infamous Hall H hours and sometimes days in advance of a panel, all to see exclusive clips, yet-to-be-aired pilots, new trailers, and a star-studded cast.

Make Mine Marvel
Marvel Studios, home of The Avengers, Thor, Captain America, and the upcoming Guardians of the Galaxy and Agents of S.H.I.E.L.D., had a ton of goodies for their audience members. Unfortunately they’ve got it all locked down and hidden from the interwebz. But here’s a picture of Tom Hiddleston who crashed the Thor panel as Loki. (There’s some video at over at The Mary Sue.)

This Girl Is on Fire
Jennifer Lawrence (Katniss), Liam Hemsworth (Gale), and Josh Hutcherson (Peeta) were all present for the Hunger Games: Catching Fire panel. The good news is released the new trailer that premiered at SDCC, so you can watch a couple dozen times if you haven’t already:

Jennifer Lawrence was also on the panel for the upcoming X-Men: Days of Future Past film starring both the old and new casts. That means we get Patrick Stewart and Ian McKellen alongside James McAvoy and Michael Fassbender. There is too much awesome in this movie. TOO MUCH! 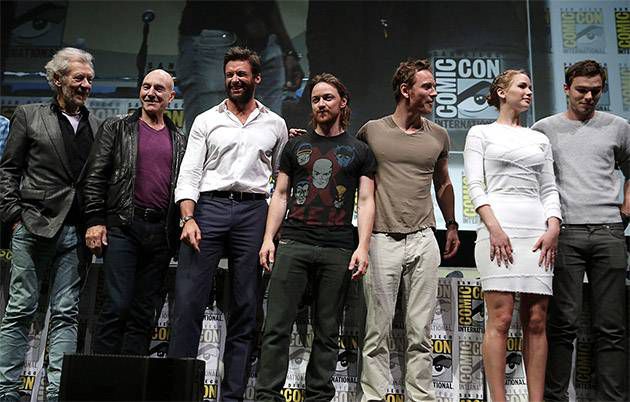 Harrison Ford: Still Awesome
With the controversy around the Ender’s Game film adaptation and author Orson Scott Card’s strong, not-exactly-tolerant political views, Legendary Pictures made sure they had an ace in the hole when they came to Comic-Con: they brought Harrison Ford. On the Ender’s Game panel the actor not only answered questions from the audience about Han Solo and Indiana Jones, but he tried again to distance all those involved with the film from Card’s opinions. Also we got a new trailer.

The World’s Greatest Detective (no, not Batman)
BBC and Steven Moffat were in San Diego to get everyone excited about the next season of Sherlock. Benedict Cumberbatch and Martin Freeman were not on the panel. I’d say sadly, but they both recorded messages for the fans that are pretty fantastic. Cumberbatch re-enacts what really happened during the Reichenbach Fall with a stuffed monkey. Entertainment Weekly has the video.

In related Sherlock news, actor Mark Gatiss, who plays Mycroft Holmes, has been cast in the upcoming season of Game of Thrones. Fan speculation is that Gatiss will play Mace Tyrell, father of the awesome Maergery and son of the even more awesome Olenna.

Some Comic-Con Shenanigans
And speaking of Game of Thrones, I leave you with this last little nugget from SDCC. At a WootStock concert, Paul and Storm were playing their parody song “Write Like the Wind, George R.R. Martin” when the author himself came out on stage. There was some guitar smashing. And then Neil Gaiman came out and made Paul and Storm apologize. Because that’s what happens at Comic-Con. The sound isn’t great, but enjoy.