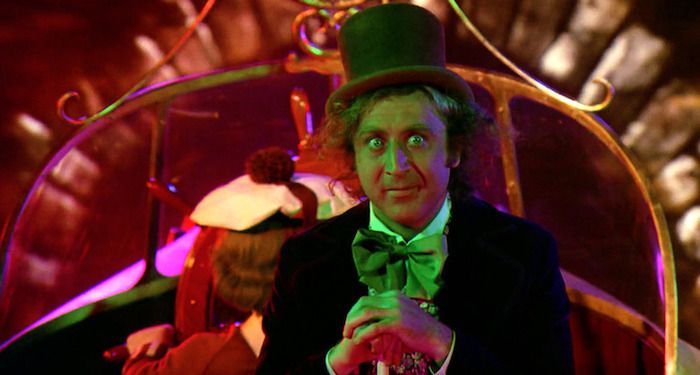 Charlie and the Chocolate Factory is one of Roald Dahl’s classics, especially when you realise it is a horror story. No, no, no. You cannot bribe me with chocolate to change my mind. I love it, but it should definitely come with a warning, from Oompa Loompas to generational trauma and outright child abuse throughout the tour.

If you’ve seen the movie adaptations, you may have picked up on the vibe. Gene Wilder, as the original Willy Wonka, knew what was going on. And Tim Burton’s remake in 2005 was merely a ghostly apparition of the source material. The proof is smudged all over the chocolate wrapper. The fact remains: Charlie and the Chocolate Factory is a horror story. However, none of this is necessarily a bad thing. Dahl always meant for his iconic story to be a little dark. And to be fair: It’s not even the darkest of the bunch.

For sake of brevity, let’s assume you know who Charlie Bucket is – the protagonist and poor boy in Charlie and the Chocolate Factory. If you need a quick refresher, check out this article by fellow Book Rioter Alison, listing The Best Roald Dahl Books to Get You Started (spoiler: Alison lists Charlie as number 2).

Why is Charlie Bucket a “Final Girl”?

Charlie Bucket is absolutely a “Final Girl”. You know: the one who confronts the villain (i.e. Willy Wonka) and ultimately wins the prize at the end (i.e. survives). Charlie also has implicit moral superiority since he is poor and yet to be corrupted by all the consumerism demons attached to the other children.

For Charlie’s character to work as a Final Girl, he needs to be likable or relatable with some poor decision-making skills. To be fair, Dahl wrote Charlie to be very likable; however, when you take a look at the rest of the Golden Ticket winners, it’s not exactly a high benchmark to reach. The minute Veruca Salt opens her mouth, most readers are already hoping for some balancing of the scales.

The term Final Girl was originally coined in Men, Women and Chainsaws: Gender in the Modern Horror Film by Carol J Clover. It hit cult-trope status from slasher films during the 1970s and 1980s, treading very close to overlap with “Mary Sue” characters. Over the years, the term Final Girl has evolved to include some greater element of intelligence or mental strength that drives our Final Girl to survive above the rest.

But is a Final Girl character enough to make Charlie and the Chocolate Factory a horror story? No, that would be too easy.

On its own, Charlie and the Chocolate Factory comfortably sits on the shelves in the Children’s Book Section. It has all the elements of a great novel for kids, including young relatable characters, a fantastical adventure, and some great challenge allowing the good kids to win. For Roald Dahl, it wasn’t always that clear-cut.

Dahl’s writing has always been for both children and adults, with a clever layering of awareness. I always felt like Dahl’s stories were a journey we took together in some elaborate storytelling; even with his twists and turns, we (the reader) know what he is up to, but he is compelled to tell us the story anyway. When you revisit Charlie as an adult, you can see that the greatest anticipation is not in waiting for Charlie’s great prize at the end. The anticipation is in the little steps towards retribution for the horrible children.

Dahl knows we want them to get their just deserts. Does that make us horrible people ourselves? Or simply readers of a really good horror story? The suspense with each misadventure is a common feature throughout the horror genre. It’s right there, mixed in with fear, mystery and the most powerful of all: Imagination.

But did Dahl mean for it to be a horror story?

The book we read today is not the original story intended by Roald Dahl. As recently as 2014, unused chapters had resurfaced, shining new light on this childhood favourite. Initially, nine (9) Golden Tickets were distributed with additional rooms and punishments. One of the chapters, titled “Spotty Powder”, later featured in the children’s horror anthology Scary! Stories That Will Make You Scream edited by Peter Haining in 1998.

The chapter title refers to the candy, Spotty Powder. It looks and tastes like sugar but leaves bright red pox-like spots on the face and neck for a few hours. It was suggested kids could use this to avoid school. The related characters, Miranda Piker and her schoolmaster father, attempted to sabotage the machine to prevent its release. Despite Mrs Piker hearing their screams, Wonka tells them it is only laughter, but their fate is never revealed. Once again, all the hallmarks of a good horror story.

However, you could argue this as being Dahl’s regular writing style. Dahl often included references to his Norwegian heritage and particularly to the many Norwegian fairytales he grew up with. In comparison with your Disney classics, Norwegian fairytales tend towards darker elements, filled with gripping narratives and exciting challenges. Traditionally, Scandinavian authors take a child’s world seriously, and their stories are often built on morality rather than ‘happily-ever-after’. It’s not unusual for bestselling Scandinavian adult authors to write books for children as well. Roald Dahl is one amongst many: Jo Nesbø, Unni Lindell, and Aina Basso, to name a few.

Are the children in Charlie and the Chocolate Factory constantly facing potential death at every turn? Absolutely. But Dahl always writes like this. To be fair, if Charlie and the Chocolate Factory is a horror story, it’s not the only one in the catalogue. The Witches is absolutely terrifying with its grotesque descriptions and the main character staying a mouse forever. And don’t forget The BFG with hideous giants regularly eating “human beans”.

What makes Charlie and the Chocolate Factory stand out is the threat of danger, most of it conveyed by suggestion. The Oompa Loompas seem almost eager to share all of the gruesome details of what COULD happen to these horrible children because a cautionary tale is often more effective than the real thing. The only difference is how Dahl depicts this in his writing. The suggestion is enough to satisfy children readers. If Charlie and the Chocolate Factory is not a horror story, then you have to admit it is at least a gateway for children into the genre.

Charlie and the Chocolate Factory has all the elements of a horror story, including its Final Girl. It is the perfect stepping stone to more Dahl horror, such as The Wonderful Story of Henry Sugar and Six More. It features seven short stories (thus the title), each of them recognisable as Dahl-esque in their writing but nothing like his more famous children’s novels. It includes the most horror-filled short story I have ever read, “The Swan”. Warning: includes harm to animals and bullying of young children.

And if this isn’t the weirdest fan theory for you, then check out fellow Book Rioter Grace’s discussion on Snowpiercer and Charlie and the Chocolate Factory.