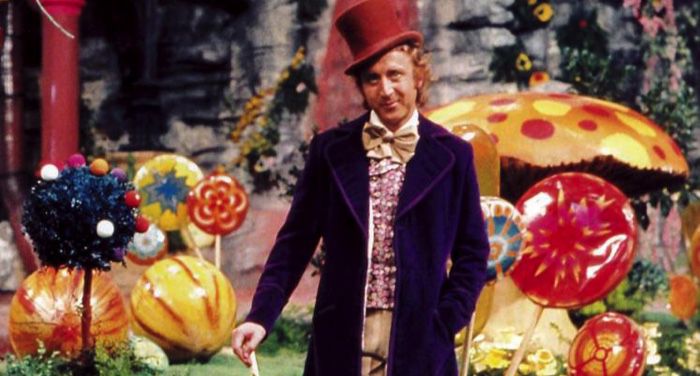 As a fan of Thor: Ragnarok and every version of Charlie and the Chocolate Factory, I’m excited that Taika Waititi will write and direct two new series based on Roald Dahl’s work. Annika Barranti Klein’s Book Riot article rightly points out that Dahl was racist and anti-Semitic, and this permeates his work. Many little people, or people with dwarfism, like Rebecca Cokley, consider Oompa Loompas ableist. Like Annika, I hope that Waititi’s creativity and commitment to diversity will update the story and resolve these issues.

However, a cynical worldview is integral to the story. Even Charlie, frequently considered the only “good” kid of the group, has a dark side that’s rarely acknowledged. Fan theories speculate that Bong Joon-ho’s dystopian SFF movie Snowpiercer, adapted from the comic book Le Transperceneige, is secretly a dark sequel to Charlie and the Chocolate Factory. Kevin Maher first posted this theory on Vimeo in March 2018. 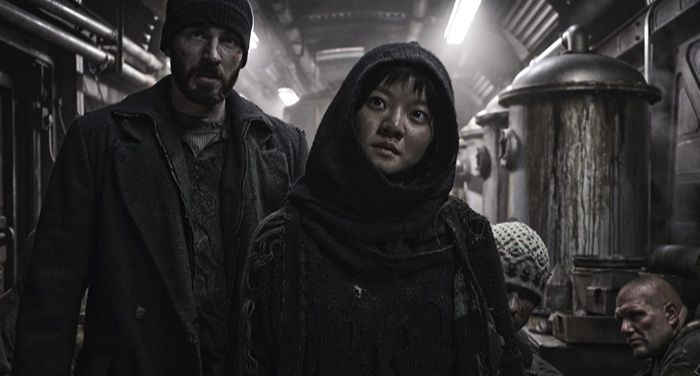 Snowpiercer takes place in a post-apocalyptic world where attempts to halt global warming have backfired, causing an ice age. The only surviving humans inhabit a socially segregated train that circumnavigates the Earth. Children are taught to worship the train’s creator, Wilford, in a cult of personality. In the theory (not the movie), Wilford is actually Charlie Bucket, who inherited Willy Wonka’s factory, then assumed his name and became an inventor in his own right.

Intentionally or not, there are clear parallels in characters, themes, and plot between Snowpiercer and Dahl’s story. The biggest plot similarities include Wilford having a supposed adversary who’s actually his spy, and then asking the protagonist to be his successor. In this theory, Wonka and Wilford are both inherited roles, much like The Dread Pirate Roberts in The Princess Bride. By this logic, it actually makes sense that Charlie takes the name Willy (Wilford) Wonka, then just Wilford. The continuity makes them seem more formidable and larger than life.

Fan theories like this are farfetched but fun. They’re not canonical at all but basically fan fictions that let us reinterpret old favorites. Some parts are much more plausible than others. The biggest reach is interpreting Snowpiercer as a direct sequel to Dahl’s story. Still, I enjoy this theory because it exposes Charlie’s potential to become a sadistic or hypocritical adult, which is subtly present in Dahl’s book.

Charlie Bucket turning evil is actually one of the least surprising parts of the fan theory. This interpretation exaggerates an aspect of Charlie’s personality that is subtle but present in the original book and its two movie adaptations. Initially, Charlie seems sweet, mature, and selfless. He sacrifices what little he has for his family and appreciates everything. He behaves much better than all the other children. A common interpretation is that Charlie deserves the factory because he’s the only “good” child.

However, it always disturbed me that Charlie accepts the factory at all. He saw the other children tortured in front of him. He doesn’t have to be visibly traumatized, but accepting the factory from Wonka makes him unbothered or even complicit. At the end of Tim Burton’s 2005 movie—as in the book—we see that the other children are still alive. I can’t say they’re unharmed, because Violet is violet and Mike’s body is stretched out. They’ll all probably be traumatized for life. The 1971 movie, while considered more family-friendly, doesn’t even show us whether the other kids survived.

Although Charlie initially seems like a “good kid,” he’s content to keep his head down and behave correctly while other kids get punished. People have written entire articles explaining how Charlie’s Grandpa Joe is an awful role model. He and Charlie feel entitled to Wonka’s prize as the only people who never broke the rules. But they did! They drank Wonka’s soda that made them levitate, then had to drink the antidote to come down. Grandpa Joe is already teaching Charlie to be hypocritical and self-righteous.

If you like the fan theory, it’s possible to imagine Charlie changing from a sweet kid to a ruthless cult leader as an adult. This could happen if he has terrible role models, like Grandpa Joe and Wonka. His experiences could lead to voyeurism, egoism, sadism, and a sense of moral superiority as an adult. He could grow up to be a cult leader in a post-apocalyptic world, especially after he was given power over the factory so young. In my opinion, Charlie isn’t the only kid who isn’t “rotten.” In a way, he’s actually the worst.

Roald Dahl Made Me a Better Reader