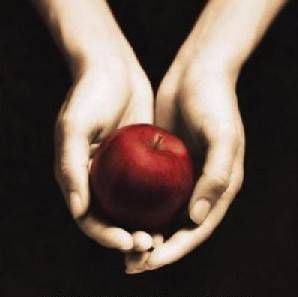 October 5th, 2015 marks the tenth anniversary of a big day in the book world: the publication of Stephanie Meyer’s Twilight. Followed by three sequels, a spin-off novella, two graphic novels, and an official companion guide (and five movie adaptations) this publishing event was the start of one of the biggest literary phenomena of recent years. Ten years and 250 million copies, the Twilight series doesn’t look to be leaving lists of “bestselling series of all time” any time soon. 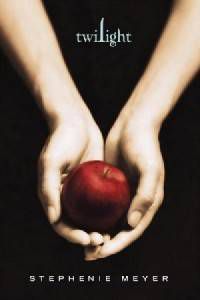 But there’s never been argument that Twilight isn’t immensely popular. The question asked instead is “is it good?” But  what is good?

Does Twilight have a plot that captivates people? Clearly, yes. It’s a story that follows the tropes and archetypes of the many gothic romances and vampire tales that came before it. Magic and monsters, darkness and romance, combine with the very familiar settings of high school, and small town life.

Is Twilight “well-written”? Again this is a question that just raises more questions about what we really mean by the language we use to talk about books. Is Twilight written at an advanced reading level, with an elevated vocabulary? No. (But this is a book aimed at teenagers, so “reading level” might be an unfair point of judgement). Does Twilight contain beautifully crafted sentences? Some. But there are also a lot of awkward, clunky lines. Does Twilight always tell the best story it could, focusing on the most interesting subplots and supporting characters? Again, no. Some of the best characters in Twilight are the ones on the sidelines, and some of the most dull and annoying are given a lot of time on page.

But is “well written” only about the crafting and the individual words on the page? If the point of those words are to impart a story, and that story get millions of people excited, the story is surely well written. By that measure Stephanie Meyer could be considered a better writer than Thomas Hardy. Now Thomas Hardy is great, but I’m not seeing millions of people excited about his stories.

Beyond good plot, there are the morals a book imparts and the influence it leaves. Obviously there are a lot of questionable happenings in Twilight. People being treated with less respect than they should be. But this is, after all, a series of books about vampires. Even among humans unhealthy romantic relationships have been a mainstay of gothic fiction for the last couple of centuries. By vampire fiction standards Bella and Edward’s relationship is extremely healthy. If you prefer only to read about healthy relationships, perhaps don’t read about vampires. Either way the assumption that people can’t read and love a story without recognising it would be an undesirable thing to happen in real life is patronising, and in this case misogynistic.

Not all the potential influences of Twilight are negative. Bella Swan was a personal hero of mine. Bella’s experience of depression in New Moon perfectly mirrored my own experiences as a depressed teenager. My own depression wasn’t triggered by a break-up, but that is a very common trigger for depression. I valued seeing this character experiencing the same mental and physical feelings that I experienced, behaving in the same ways that I behaved, and yet still managing to be the hero of the story. Bella was absolutely the hero, and not because she always made good choices; in fact, she would have been far less a hero had she been perfect. She was the hero because she followed her heart, refused to let others make choices for her, was brave to a fault while still being full of feeling, and was just generally a badass but very real teenage girl.

But really, who cares if a book’s “good.” Just read what you love.

So happy anniversary to Twilight. And thank you for the vast quantity of YA vampire and fantasy fiction that has been published in your wake.