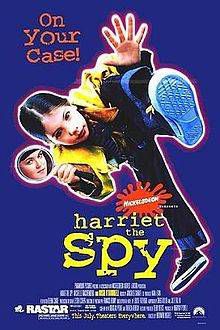 A few weeks ago, before knowing that Pokemon Go was becoming a new hit as a smartphone app, I searched on YouTube for a particular theme song. This one was in English, that mixed episode clips and original animation, and immediately sent my mind to a happy place.

Pokemon was my second anime love, after Sailor Moon. It took me a while to get into it, but after watching the episode where Ash befriended a Bulbosaur– a dinosaur Pokemon with the ability to shoot out vines and energy-sucking leaves– I became hooked. The show often ended episodes with a “To Be Continued” card; this line mattered when story arcs lasted for longer than the designated time slot for each show. Ash as a ten-year old represented the kind of child I never could have been: independent, willing to learn from mistakes, and determined to move past all his failures.

The 90s games provided as much interest. My brother had the game on the family computer, and he showed me how to access it. He would battle while I would watch, moaning when a spilled drink messed up a save, and cheering when he managed to capture the rare Pokemon. He found the codes that would allow one to achieve instant power-ups for the Pokemon that you caught, as well as special Masterballs that led to easy capture. While on my own I lacked a sense of direction, with my brother I found myself going through the game. He focused on beating it, while I focused on the journey.

There was just one hitch to all this fun: neither the games nor the anime have a proper ending. I stopped watching the series when Ash gained a new outfit, a new cast of friends to accompany him, and new Pokemon, just doing his thing, and I stopped playing the games when I realized that once you accomplish the main quests and captures there isn’t much more to do. You never find out if Ash ever has to go to school or report to the truant officers, if he celebrates a thirteenth birthday, or if eventually he becomes head of a gym himself. Team Rocket remains in the background as comedic antagonists that never change with their goals to steal rare Pokemon. Last night we were discussing Pokemon Go, the ups and the downs. My brother said it does a good job at helping people leave the house and to go outside, but it can also cause traffic hazards with people using their phones while driving. That said, we’ve both grown out of Pokemon, and as adults we can’t allocate as much time for it. In addition, as an adult I can’t watch the 1990s show episodes, since nostalgia stretches only so far. Playing the game doesn’t interest me either, since I prefer reading a story to collecting items.

That aside, Pokemon Go is making a lot of people happy, and thus I am glad that it exists. The past few weeks have been dark, and we need bright spots to make up for the sad, depressing moments. While the people I know walk around to catch some Pokemon, I’m going to dig around for games with stronger stories.