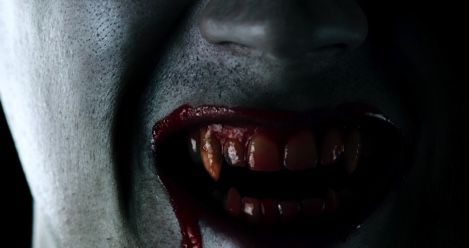 I love Dracula. I have always loved Dracula. But I love Carmilla more. I always suspected that I might, despite my long, deep love for the well-known child of the night—a love that I thought transcended oceans of time and could never be unseated. But Carmilla does just that. In deference to my newfound love, here are seven reasons why Carmilla is better than Dracula.

Happy Valentine's Day from the Lanternfish Press team 💞 We can't wait to share our upcoming edition of CARMILLA on April 23! #CarmillaBook

So, we all know that the main fear that Dracula preys upon is xenophobia, or fear of strangers, which is just an academic word for “people who don’t look like me,” which in Western Europe boils down to just racism. Although we typically picture Bela Lugosi when we think of Dracula now, in the Victorian period, he would have been a very Othered image. Don’t believe me? Read the first letter from Jonathan Harker and count how many times he calls the peasants “picturesque” or “Gypsy.” (#thatsracist) Plus, when we finally meet the Brides, two of them are “dark,” but the fair one, the one who really GETS Jonathan, is in charge. She has to be, otherwise it’s just too much to believe.

Which is not to say that racism is not present in Carmilla. Her scary nanny is Black, and her brief cameo is a VERY racist portrayal, so I don’t mean to discount that. It’s real. We should (and will, as long as I’m on watch) set a zero-tolerance standard. I’m just saying, while we’re comparing atrocities, Carmilla does something much more interesting than establish a character of color as scary, though it definitely does that, too. What I’m saying is, Yes, THIS vampire book is ALSO racist, but because racism is unimaginative, ignorant, and intolerable, and because that’s Dracula‘s MAIN fear tactic, Carmilla is better.

One reason: you may have noticed that all the characters I’ve mentioned so far are women. That’s because, in the female version of the vampire story, it’s female sexuality that becomes monstrous. And not just female sexuality, but non-procreative, lesbian, loving sexuality that requires zero male participation at all. That’s the scary thing. Subtext: it is meant to scare men: men’s immateriality regarding women and their bodies, in this novella, is a scare tactic. Which is kind of delightful.

Note: I think one reason we can identify with Carmilla is her seeming victimhood, when really she’s a monster. One kinda cool way this shows up in the novel is that Carmilla can’t change her name, so she can’t change her identity, SO SHE CAN’T BE OWNED AS PROPERTY, so she’ll never marry a man. She is indomitable.

To which I’m like, Good. I’m glad that’s scary. Let’s keep that shit scary. Let’s keep being indomitable. GET ‘EM, CARMILLA. So, basically, she doesn’t need men, like, at all. That’s scary then, to men. (We’d like to think it’d be scary ONLY then, but… alas, I dream.) But it’s also empowering, independent, and kind of sexy.

Don’t get me wrong, I love a good man as much as the next guy (I’M MAKING VERY INTENSE EYE CONTACT WITH YOU, PROFESSOR ABRAHAM VAN HELSING), but there’s less of the grotesque in the feminine sexuality as depicted in Carmilla. In Dracula, we have the sex scenes with the Brides, which Jonathan depicts as rape because he’s afraid that Mina (his fiancee) will one day read his journal and be appalled at this orgy he had in the wild, wild land of Transylvania with these women of another race (#racism (no I’m not just gonna let it go because it is a thing, even in this new heading)). We have the similar rape of Lucy by Dracula, which turns her into a familiar-type vampire who preys upon children, and we have the seduction of Mina that results in her pregnancy by Dracula. These are all scary sex scenes because none of them is really consensual. And thereby not one of them is loving.

Carmilla’s sex scenes, though still Victorian in their euphemisms and descriptions of orgasm (I mean, this is the generation that insisted we say “light” and “dark meat” instead of “breast” or “thigh.” When we talk about CHICKEN), the sexy bits in Carmilla are way hotter. They are sexy in the seduction, and although technically Laura’s life IS in danger, it’s one of those #worthit moments. (Which is, LBH, probably how Jonathan Harker WOULD have talked about the Brides if he wasn’t scared it’d blow his exchange of property—I MEAN ENGAGEMENT.)

The few women in Dracula are kind of helpless. Lucy is silly and young, and the victim of Dracula as well as some “medical” procedures that backfire, and Mina is pretty smart…oh, and then there’s the sex slave Brides…END OF LIST.

In Carmilla, we have SO MANY more women characters! Carmilla’s “mother” is the instigator of the whole plot. There’s a nanny who’s in on the plan. Laura has two governesses to teach and protect her. And then the monster herself, Carmilla, is the darkest beauty of all. Of course, the men eventually slay the beast, like they will do, but none of the women really, actually want them to do that. It’s just because…well, see above.

Still, the emotional bond between women is the main point of this story—aside from scaring the hell out of its reader—and that’s a pretty cool change. Plus, a woman gets to tell the story herself! The whole time! Pretty much.

Don’t get me wrong, epistolary books can be awesome, but raise your hand if you’re sick of Jonathan Harker? (Raises both hands.) Carmilla reads like Lucy Westenra wrote it, but instead of choosing between hunky dudes who really just want her inheritance, Laura writes about her dear friend, Carmilla. Granted, Laura has conflicting feelings about her friend, whom she deeply loves, but she may be reacting to the stigma against her own orientation toward women rather than the prospect that Carmilla is a demon hell beast. The novella keeps the limited perspective of Dracula, but it adds this, more important, lens.

I need to be honest here: a lot of why I think Carmilla is better than Dracula is likely due to this new edit by Carmen Maria Machado. The dialect (and punctuation, omg) is so much more palatable thanks to her, just on the level of syntax, plus, there are some REAL fun footnotes that add to the plot, the gravitas, the background, the history, the hilarity. I don’t want to give away the jokes, so I need you to get it. Trust me. Believe me when I say that this version of Joseph Sheridan le Fanu’s classic is indispensable if you want a vampire library.

Convention in horror is one of the most important aspects in my opinion, and because these books are the first of their subgenre, a lot of the convention is established on a sort of need-to-know basis. That said, the rules of Carmilla are much more clearly established. (I mean, who among us was not SHOCKED to discover that Mina Harker gave birth in the epilogue of Dracula? Like… when did she get pregnant? What are the mechanics of vampire/human sex?)

Although any contemporary audience is familiar with vampire convention, we get most of the answers about Carmilla in the last chapter of the text, as a sort of unraveling or processing on the part of Laura, and it is very satisfying:

“The vampire is prone to be fascinated with an engrossing vehemence, resembling the passion of love, by particular persons… It will never desist until it has satiated its passion and drained the very life of its coveted victim. But it will, in these cases, husband and protract its murderous enjoyment with the refinement of a connoisseur, and heighten it by the gradual approaches of an artful courtship” (136).

Isn’t it sweet? How Laura rationalizes her love for a murderess? That’s some true monstrosity at work, potentially through Stockholm Syndrome.

7. the real origin of vampires

The real origin of vampire as detailed by the vindictive Baron in Carmilla is the scariest part of the whole novel. Of course, the original vampires had distinctly Catholic aspects, but the convention of vampires in Carmilla is as upsetting as that, and more, because of its specificity:

“How does [vampirism] begin, and how does it multiply itself? I will tell you. A person, more or less wicked, puts an end to himself. A suicide, under certain circumstances, becomes a vampire” (138).

The reason this is so scary to me personally is because 1, we know that suicide oftentimes results from depression, which is a mental illness, and not the evil nature of a human. And 2, if you want to be dead, what would be the WORST POSSIBLE PUNISHMENT? Eternal life. And survival based on inflicting eternal life on others, particularly those whom you love.

That is, according to the sixth (and evilest, by number) method as to how vampires proliferate: they seduce their victims into believing they are in love. It is a bummer, but it is a motive.

So for these seven reasons, I profess my love for Joseph Le Fanu’s novella, Carmilla. Do you like it better than Dracula? How come? Let me know in the comments! I’d love to hear what you think!