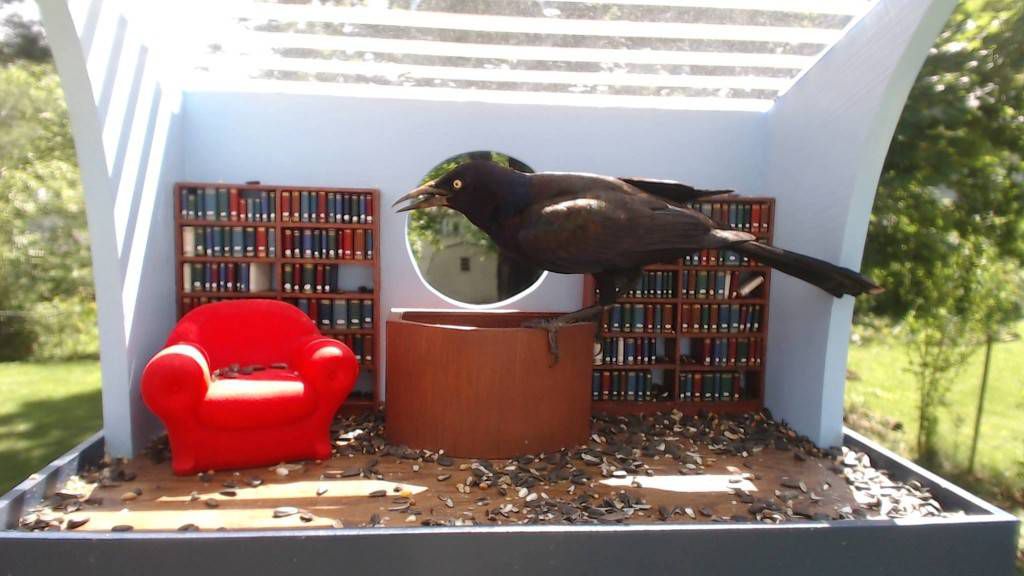 I just read Captain Marvel #1, and there are a lot of things to love about the latest chapter of Carol Danvers story. I think it will equally please the hardcore Carol Corps and be a good welcome to people new to the character. The inclusion of Rocket Raccoon was particularly smile-inducing; the issue sets up compelling questions about Captain Marvel’s story and where it’s heading next, and the art by Kris Anka and Matt Wilson really is stunning. So before I have the Carol Corps after me: this is your comic. There is a lot for you to love here, and I am so happy for you.

But now I turn to my Alpha Flight people: this is not our comic. As much as I dig Carol Danvers, for me, all of the excitement of this new run of Captain Marvel was in her exciting new team-up with Alpha Flight. You see, as a Canadian kid who loved Marvel comics, I’ve always had a soft spot for Alpha Flight. I hide it really well here at Panels, where I almost never write about them, but they are my favourite team. I like their underdog status since their inception; I like that Marvel never seems to know what to do with them; I like how ham-fistedly they try to represent Canadianness. Most importantly, I like that they are Canadian.

If you’re American, you know what comic book heroes fighting for America look like. It’s approximately 98% of all comic book heroes in the Marvel/DC universe. They’re always on your team. They’re always claiming to represent you, albeit often imperfectly. They’re your guys. But when you’re Canadian, and you grow up consuming almost exclusively American media, you don’t have the same relationship to seeing your nation’s security foregrounded as a plot point. Who saves Canada when the world comes to an end? Because the Avengers, most of the X-Men, and the Justice League are all pretty committed to the US of A.

But Canada has Alpha Flight. Or, at least, we did.

Now I know it’s only the first issue, but there isn’t a single mention of Canada in the entire issue of Captain Marvel #1. Sasquatch, Aurora, and Puck are all present from Alpha Flight, but they are completely detached from their context — obviously this is not their story, but there’s no reference to who they are, how they know each other, or how they ended up here. The Alpha, once a reference to the Canadian government project they emerged from, now references the Space Station they live on. They’ve been stripped of their status as nationalist superheroes. Instead, they could be anyone.

In the letter at the back, editor Sama Amanat writes:

I’d also like to give a special shout-out to my Alpha Flight fans. You’ve been asking for Alpha Flight for a while, so we’ve answered the call, but with a slightly different spin. This version of Alpha Flight pays tribute to what’s come before while elevating them to a higher status — the International Conglomerate for Inter-Galactic Space-Keeping. Basically, it’s a promotion.

Hm. But is it? They’ve gone from the sole defenders and protectors of Canada in the Marvel universe to, what, lackeys? And why does stripping them of their national context equate to an “elevating”? I have to confess, when I read that passage, I gasped. It’s not like I haven’t always known that Marvel didn’t understand what was so appealing about Alpha Flight as a superhero team. But I didn’t know that they would think fans would be satisfied by having the characters present as shells of their former selves: Alpha Flight in name only.

Nationalist superheroes matter. And while it may seem odd to find national identity in a foreign-produced comic, that’s actually the most Canadian thing about Alpha Flight. As Jason Dittmer, an expert in comic book nationalism, writes, “The relative commercial success of these (mostly) American-produced Canadian superheroes in comparison to the Canadian-made versions is indicative of the asymmetrical power relationships between the United States and Canada within the North American creative economy.” In other words: we consume American art. A lot. It’s not surprising that we find out heroes there, too. Regardless of Alpha Flight’s commercial origin, on the page they talk about Canada in a way that, with the exception of the occasional Wolverine or Deadpool run, we rarely get to see in Marvel comics. As Ryan Edwardson writes in his article on nationalism and superheroes in a Canadian context, mainstream superhero comics remain “a cultural arena where New York overwhelms New Brunswick, and one rarely sees a maple leaf.”

It’s probably smart to decontextualize Alpha Flight, from a business perspective. The characters have always sold better in Canada than the US, and we are such a small market we make absolutely no sense to cater to. But I can’t help but be unspeakably sad to see the Defenders of the North reinscribed as Inter-Galactic Space-Keepers or whatever the hell they are now.

In my book, Marvel? That ain’t no promotion.