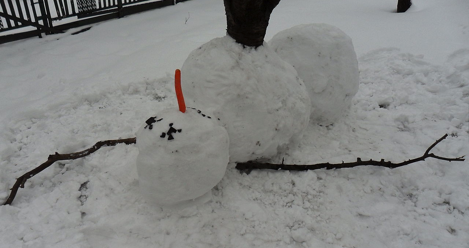 I recently had to box up all of my books because of work I’m having done on my place. While doing this I came across a couple of my Calvin and Hobbes books and it sparked a memory from when I was a teenager and had most of them stolen from my bedroom.

I found out about Calvin and Hobbes like most people, through the newspaper. The paper my parents read in Nova Scotia was called the Chronicle Herald and it carried Calvin & Hobbes.

I loved the way Calvin hated school. I loved how he couldn’t help but get into trouble because he had a sharp tongue and was desperate to explore his backyard and find something incredible. 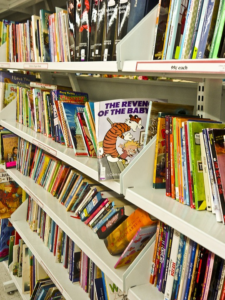 I would cut the strips from the newspapers and put them on my walls and stuff them in my desk drawers. I would pretend to be Spaceman Spiff and slide down the stairs in my house in a sleeping bag. I would try to make grotesque snowmen and freeze snowballs to throw at people in the summer.

Every time my birthday rolled around I would ask for a Calvin & Hobbes book. Over the years I had an awesome collection. They sat, worn and weathered on my bookshelf next to a Roger Clemens rookie card I had encased in an acrylic case.

I regularly pulled them off and sat in a pile of books and lost hours of time after school following Calvin and Hobbes down those endless hills covered in powdery snow.

Then, like Keyser Soze, they seemingly got up and walked out my house and into a car, never to be seen again. 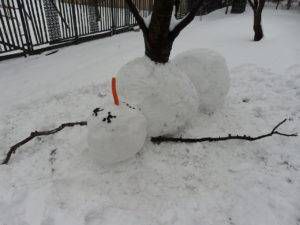 The weird thing is, that was all they stole. Not the Roger Clemens rookie card, not my Super Nintendo games, not my t-shirt that for some reason had a duck on it that looked like Rhett Butler saying “Frankly my dear, I don’t give a duck.” Nothing but the Calvin & Hobbes.

It’s no longer healthy to dwell on why they took them. It made me angry for a long time. Now, though, I’m not angry, I’m just confused.

So, to that person that I’m 99% sure decided to steal a large quantity of comic books from a fourteen year old, I hope they taught you what they taught me. That you should squeeze every last drop of fun and meaning out of life.

I hope they made you laugh and want to try new things and question authority and think for yourself. I hope they showed you the power of imagination and the dangers of conformity. And I hope they taught you about curiosity and friendship and maybe why stealing other people’s stuff isn’t cool.