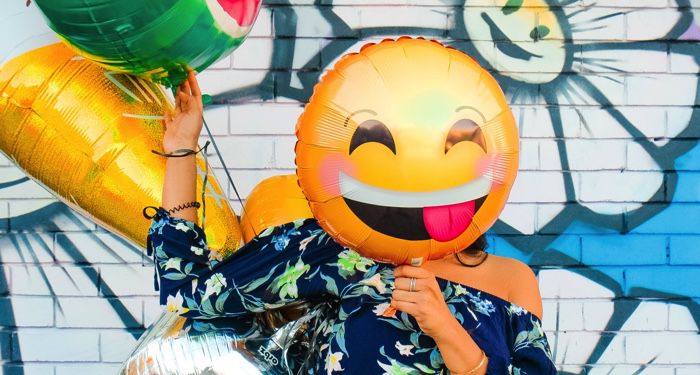 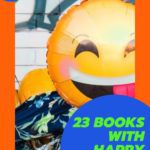 If there’s ever been a time to escape into book with happy endings, it’s now. 2020 is not the time for novels that ambush us with anything less than that. Romance novels are a good bet – a happy ending being the defining attribute of the genre – and so, in a way, are murder mysteries, where we know the killer will be caught and justice will be done. At Book Riot, we’ve put together a list of books with happy endings for a heartwarming read. No spoilers here, so I won’t tell you why the ending is happy – though in some cases, like those romance novels, it’s more obvious than others. 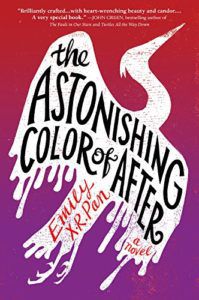 The Astonishing Color of After by Emily X. R. Pan

Although the theme of this book is grief, the ending is redemptive – after losing her mother to suicide, Leigh Chen Sanders finds herself through family history, art, and love. 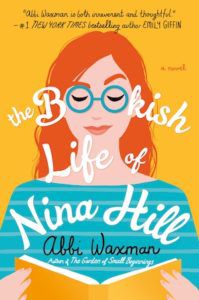 This book made me feel like I’d been hugged when I finished it. It’s the perfect tonic for these times – the story of a young, introverted bookworm whose life is turned upside down when she discovers a whole family she never knew she had. She also meets a boy at her trivia night and has to help her bookstore fight closure, but beyond all the adventures it’s the warm and witty voice that really does it for me. 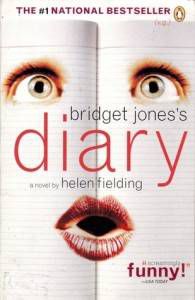 This one is a modern classic, and with good reason. It gave birth to an entire generation of chick lit, though arguably none of them came close to this ’90s novel about a woman who’s a bit of a hot mess but still gets to choose between two men who are hot in a different way. It’s part social commentary, part satire, and has a killer ending and a really funny film adaptation. 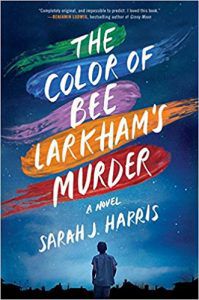 The Color of Bee Larkham’s Murder by Sarah J. Harris

Jasper is face blind. He also has synaesthesia, which means he sees the world in more colour than neurotypical people: feelings can be red, and voices can be cobalt blue, like his mother’s, whom he deeply misses. This one is a mystery with a happy ending – it’s not just about solving the mystery of Bee Larkham’s murder, but also about Jasper growing, and his dad learning to understand him better. 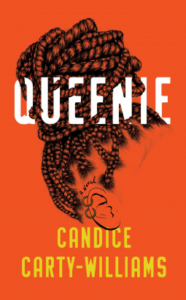 Described as Bridget Jones meets Americanah, this is an unfliching depiction of life as young Black woman in modern-day London. But after a series of bad decisions involving questionable men and existential questions about who she is and what she wants, Queenie gets her happy ending. 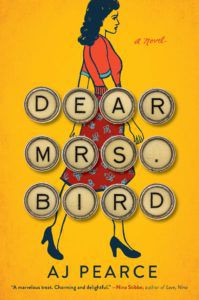 I loved this book about a young woman who goes to work at a magazine in World War II London thinking she is going to get to be a Serious Journalist, but instead finds herself answering letters from readers. There’s a strong theme of friendship and it’s warm and touching.

This charming romance novel was a big favourite last year. After almost dying, Chloe Brown wants to break out of her nerd life and enjoy a drunken night out, ride a motorcycle, and do something very bad. Enter Redford Morgan, motorbike rider and secret painter…who could be the ideal person to teach her how to rebel. Bonus: if you like this one, you’ll be glad to know that Chloe’s sister gets her own novel out in June, Take a Hint, Dani Brown. 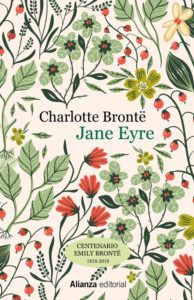 Sometimes you just need a reliable classic, and this is an excellent love story with twists, turns, and maybe the most famous happy ending last line in literature. 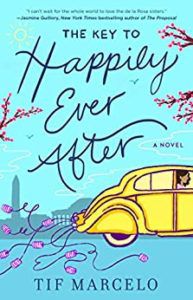 The Key to Happily Ever After by Tif Marcelo

This novel is about a trio of sisters who take over the family wedding planning business and soon discover it isn’t all puppies and rainbows. Luckily, they’ll always have each other. 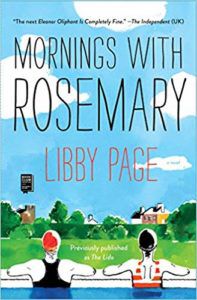 Mornings with Rosemary by Libby Page

When someone came into the bookstore where I work asking for “a book in which people are lovely to each other”, I handed her this one. It’s about a young woman and an older widow who team up to save their local swimming pool, and bring their community together in doing so. A balm for the soul! 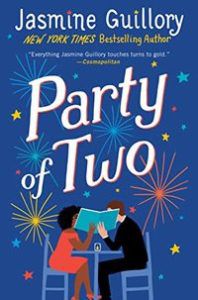 Jasmine Guillory fans will be glad to know there’s a new book coming this June. As will people like me who’ve never quite got over The West Wing and like their love stories with a dash of politics. In L.A., Olivia Monroe meets a hotshot senator who sets out to woo her – despite the media being less than positive about her and putting her and her past through the ringer. I trust Jasmine Guillory to lead them, and us, to a happy ending, though. 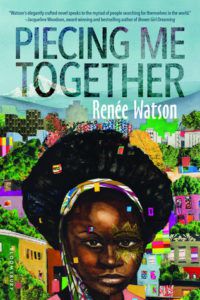 In this award-winning YA novel, we follow Jade’s story as she gains a scholarship to a mostly white private school and takes up the opportunities afforded her there. Along the way, she challenges stereotypes and assumptions about her and her background and identity. Jason Reynolds has called it “a book you’ll want to hug”. 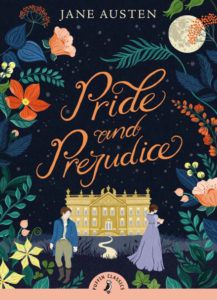 Whether it’s your first time or a millionth reread, Pride and Prejudice is a great comfort read, making subtle digs at the establishment and showcasing a strong woman in a time when that was seen as Not Desirable. And of course there’s a pretty great romantic ending… 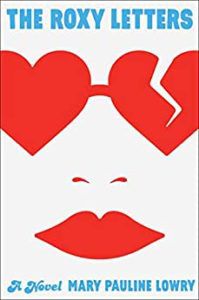 It’s 2012, and Roxy is determined to single-handedly stop the gentrification of her beloved city of Austin, Texas. She’s a great character – spunky, hilarious, a bit ridiculous – and I was rooting for her to find her happy ending. 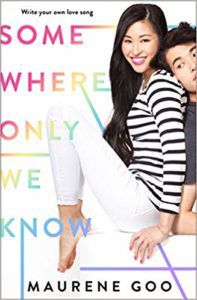 Somewhere Only We Know by Maureen Goo

In this delightful YA novel with a happy ending, young reporter Jack bumps into a huge K-pop star named Lucky in a fancy hotel – and it changes everything for both of them 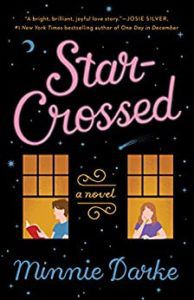 This one was my favourite read of last year. It’s a beautifully written story of second-chance love, intertwined lives, and unintended consequences. 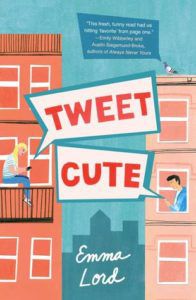 If you’ve been baking a lot lately, you might relate to Pepper, who dreams of opening her own bakery. In this YA novel, she and Jack are both in charge of their respective families’ Twitter accounts…when a social media wars erupts between them. A You’ve Got Mail for the modern age. 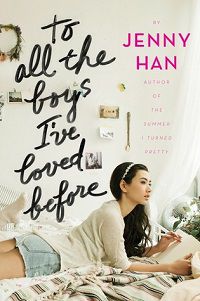 Imagine if all your deepest thoughts about the boys you’d had crushes on got mailed to them in letters they were never meant to see. Mortifying, right? But thankfully, this delightful novel has a happy ending – and there are two more in the series if you want to keep following Lara Jean’s adventures. 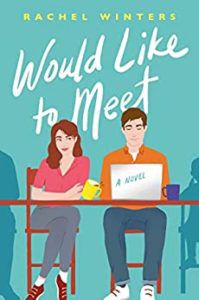 Evie Summers works for a film agency, and has to prove to an irritating screenwriter that love can exist like in the movies – by recreating meet cutes from all the iconic romcoms. Like Bridget Jones, she also has a group of long-suffering friends to help her navigate life. It’s a lot of fun. 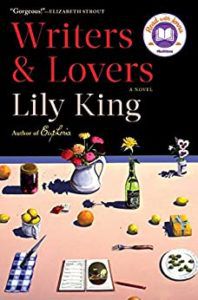 Writers and Lovers by Lily King

I didn’t expect this one to resolve as happily as it did, because a lot of this literary novel is a bit sad and hopeless: Casey is grieving her mother and despairing about whether she’ll ever be a writer while working hard and thanklessly at a restaurant and living in a damp basement, when into her life walk two very different men. 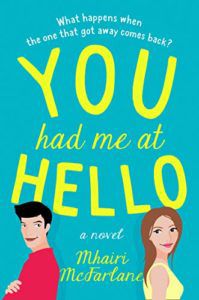 You Had Me At Hello by Mhairi McFarlane

This was my first Mhairi McFarlane novel. Out of nowhere, Rachel meets Ben, her long-ago boyfriend, and life has moved on for both of them. I read it when I was in bed with the ‘flu, and it was the perfect book to take my mind off things.

Need more books with happy endings? Check these out:

And, if you want books specially curated for you – happy ending or not – sign up for Book Riot’s TBR service, where your very own bibliologist will give you your very own, personalised, tailor-made book recommendations.