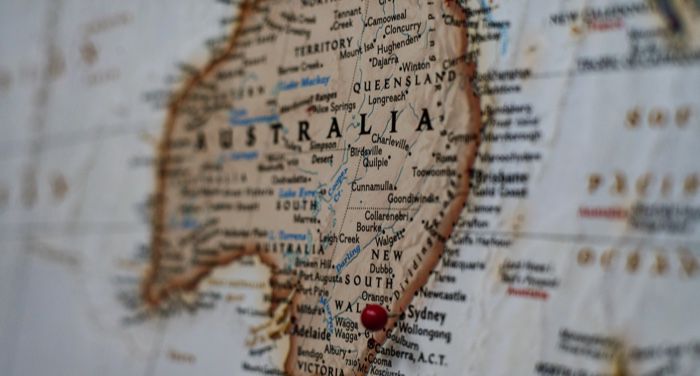 I love Australia. We are a weird bunch “Down Under,” an uneven mix of the oldest continuing living culture in the world and still relatively young victims of British colonialism. Our storytellers come from the earth, connected to both the land and the people. It’s rare to find books set in Australia that don’t include beautiful descriptions of our landscape. That’s the complete package. The best books set in Australia embrace this, making the country as much a character as the colourful larrikins telling the story. In all honesty, some of these books do a better job than most travel guides and tourism brochures! The only mistake you can make is thinking that it’s all the same thing. Australia is a big country with even bigger contrasts across the land. You’ll need an even bigger list of diverse reading to really get a sense of the place. Or, you know, come and visit. We don’t bite. #straya

Author’s Note: I acknowledge and pay my respects to the Traditional Custodians of the lands and waters on which I stand; the Cammeraygal People of the Guringai Tribe of the Eora Nation. I pay my respects to all Aboriginal Elders, past, present, and emerging, and extend that respect to all Aboriginal and Torres Strait Islander people who read this article. I acknowledge and respect the vital contribution Indigenous people and cultures have made and still make to the nation we share, Australia, and the literary community.

Best Books Set in Australia with a Touch of Truth (Autobiographical) 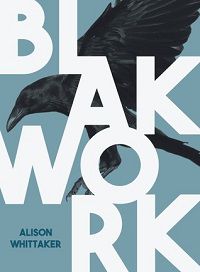 This autobiography is built with poetry and prose, turning a lot of my previous literary knowledge on its head. It’s a mix of satire and critique, set squarely in every corner of Australia. When Whittaker plays on the famous words of Dorothea Mackellar in My Country, you really feel the dichotomy of our relationship with the land. “I loved a sunburnt country — won’t it please come back to me? Won’t it show me why my spirit wanders but is never free?” After reading Blakwork, I have a strong compulsion to hit the road and see Australia with fresh eyes. A gorgeous collection of poetic beauty and insights. 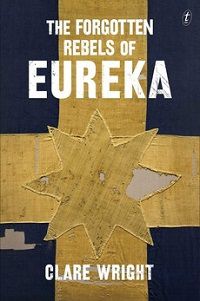 The Forgotten Rebels of Eureka by Clare Wright

Every Australian kid learns about the Gold Rush and the Eureka Stockade, the most celebrated rebellion in our nation’s history. In 1854, the gold miners from Ballarat (Victoria) challenged what they saw as unfair laws and policing of their work, paving the path for union movements in Australia and our development as a democratic nation. But the majority of history books make it look like it was solely a male community and a rather rambunctious one at that. Not true. Wright has exhaustively researched this historical event and finally gives us the story of the women and families who were there. “The women of Eureka have always been there.” And you can’t really visit the gold mines of Ballarat without acknowledging everyone there, right? 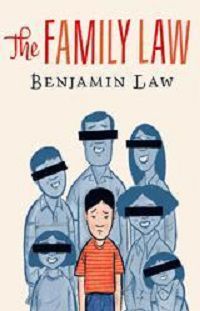 The Family Law by Benjamin Law

Don’t believe the brochures: Australia’s best beaches are not found in Sydney. Take a weekend escape to Queensland’s Sunshine Coast and enjoy the light atmosphere with a mango smoothie on the Esplanade. Today’s Sunshine Coast is a far cry from the small country-town vibes of the 1980s and 1990s, but you can compare it yourself with Law’s honest and hilarious memoir. Law is the middle child in a family of five children, the son of immigrants from Hong Kong, and a gay teenager with dreams of stardom living in a small country town. I can’t imagine how it would feel to see your family story published in a book, but Law captures both his personal experience and the collective family experience with sincere feeling and humour. 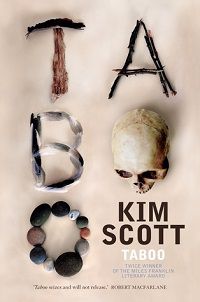 The land is taboo because the white settlers massacred the Noongar Aboriginal people on their ancestral land. Years later, the descendants of both families have come together with the hope of cleansing the land and making amends for the historic atrocities. While Taboo is historical fiction, Scott has researched the real events that occurred in his ancestral country on the southeast coast of Western Australia. He writes with vibrant descriptions of bougainvillea erupting on the fence, lunging at the house, and making an archway. The same emotions are painted across the characters and the painful history they share. The natural to-and-fro flow between historical events and contemporary actions builds a natural connection between the story and the land on which it is told. 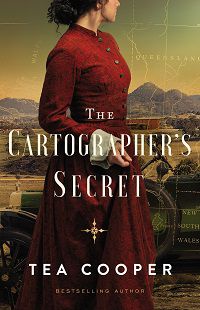 The Cartographer’s Secret by Tea Cooper

Cooper doesn’t need a map for the Hunter Valley; she lives here and knows all the sweet spots to bring to her stories. The Cartographer’s Secret is a bridge between two timelines: the first set in 1880, following Evie Ludgrove and her determination to solve the mysterious disappearance of Dr Ludwig Leichhardt. Thirty years later, Letitia Rawlings discovers a beautifully illustrated map that might hold the key to Evie’s own disappearance. As the story travels across the Australian landscape, family secrets are revealed amongst the clues to one of Australia’s great historical puzzles. And yes, there is an illustration of the map included in the book, and it is lovely. 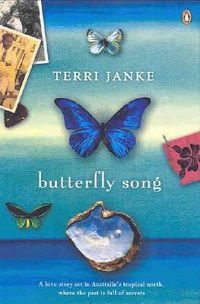 In 1992, the Australian High Court made a landmark decision for Indigenous land rights in Australia: no more Terra Nullius. But it wasn’t just about land or native title; it was recognition of culture, history, and significant artifacts. Butterfly Song explores the shift in Australian society through the eyes of a Torres Strait Island family in far north Queensland. It’s a fictional novel, but you will be forgiven for believing otherwise. Janke is of Wuthathi and Meriam heritage and knows the area well. Janek is also a lawyer herself, creating the main character (Tarena Palson), who struggles with the life of being a Black lawyer in a white legal system. Tarena’s family is challenging the ownership of a valuable pearl shell for sale as part of a deceased estate of a white doctor and connected with the cultural heritage of the Torres Strait. As the story weaves through the relationships between land and identity, Tarena must face her own relationship with her family’s past and her professional future. 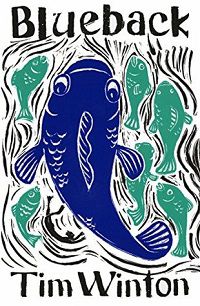 Forget the Great Barrier Reef and head to the coast of Western Australia. Winton is an Australian writer known for weaving so much of this country into his storytelling. Blueback is exactly that; you will feel like you are swimming in the water with the giant Blue Groper. It’s a coming-of-age story for a young boy who essentially lives in the ocean. It’s also a coming-of-age for Australians in general, learning how to do better in our relationship with the environment. Winton includes a story about respect for the ocean, education for kids, and protection against illegal fishing and property developers. There’s a movie coming later in 2022 but read the book first for a truly deep dive. 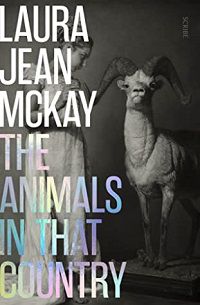 The Animals in That Country by Laura Jean McKay

Please note: This book was written before the global COVID-19 pandemic. It was published on 11 June 2020. It has since won a bunch of awards, including the Arthur C. Clarke Award (2021) and then received a bunch of freaking out because of its timeliness. That’s because it is a story about a pandemic sweeping the country, unlike any ordinary flu or virus. This “zooflu” makes its victims understand the language of animals (see? NOT COVID-19). As the virus progresses, the voices become overwhelming, and many victims begin to lose their minds. You can understand now why this book was so popular over the last couple of years. To be honest, the story is more than that. It’s a speculative fiction set in outback Australia, drawing a direct line in our relationship with Australian animals. Do you think the Australian fauna is scary now? Wait until you hear what they think of the Outback. 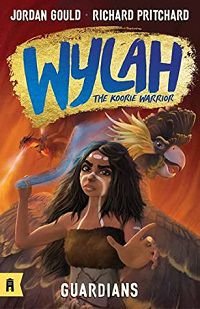 I was so excited to read this book I raced my kids to it and refused to share it until I had finished it. This new series is centred on Wylah (say Wheel-la), a brave Koorie girl who lives in the time of Australia’s megafauna 40,000 years ago. When her family is stolen by the dragon army, Wylah needs to summon her courage to journey across the land and rescue them. Her grandmother was one of the bravest warriors in her family, but Wylah is not so sure she has the same strength as her grandmother. The story is fun and magical, the illustrations are exciting, and it is all inspired by Gould’s personal experience within his own indigenous heritage and storytelling. More of this please! 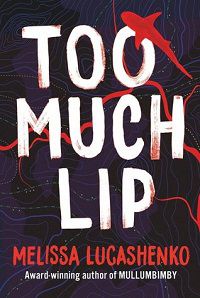 Too Much Lip by Melissa Lucashenko

Strap yourself in. We’re going for a ride — from Brisbane to Bundjalung country on the mid-north coast of New South Wales. This is the hard-hitting yet funny story of Kerry Salter, our Harley-riding (and stealing) gal with a penchant for trouble. The opening chapter alone lands you right in the middle of a regional Aussie town, with talking crows and stinking heat. It’s Kerry’s home, and it’s in the middle of a huge land grab with developers. We have social history, systemic racism, cultural heritage, and a handful of family dysfunction, because don’t we all? I love how Lucashenko has made the landscape as much a part of the book as the characters themselves. You’ll laugh, you’ll cry, and you’ll hit the road with King Stingray blasting your speakers. Top pic for this list. 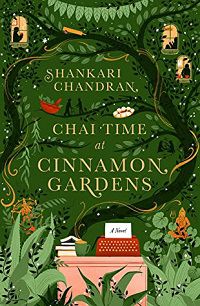 You can’t truly tell a story set in Australia without blending the multitude of cultures and history. Chai Time at Cinnamon Gardens captures this well, setting the scene in a quiet suburb of Western Sydney. The residents of Cinnamon Gardens Nursing Home have colourful histories filled with secrets, triumphs, and failings. However, despite the refuge and safe space created, it is not enough to protect the residents from racial prejudices and judgement throughout the wider community. Chandran, a former social justice lawyer, has brought many of her personal experiences to this novel, crafting a story that is essentially about storytelling itself. It’s about family and memories, how we identify ourselves through our history and connect through our stories. It’s not an easy book to read, but, like much of the Western suburbs, it is one that should not be discarded for the risk of missing the greater tapestry of Australian culture. 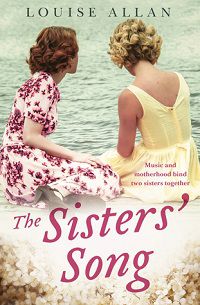 The Sister’s Song by Louise Allan

This story is absolutely heartbreaking but so worth the read. Set in regional Tasmania from the 1920s through to the 1980s, it follows the lives of two sisters: Ida and Nora. One is determined to follow her dreams in performing arts and music, and the other dreams of family life. Many Tasmanians often feel isolated in “the state down the bottom;” living in the regional areas reinforces that feeling, creating communities and a sense of dependency within families that is often hard to describe. Allan has done this perfectly, giving voice to characters who resonate as real people and somehow personify the Australian landscape. (No disrespect for Tasmanians. It’s a beautiful State that deserves far more respect and recognition from the mainland #TeamJacquiLambie)

Australia is a country that needs to be experienced, but if you find the right book and the storyteller, you can save yourself the airfare and live vicariously. Plus, you won’t have to worry about drop bears. I’m kidding!…maybe.

For more books set in Australia, check out our list of the Best Australian Children’s Books here.