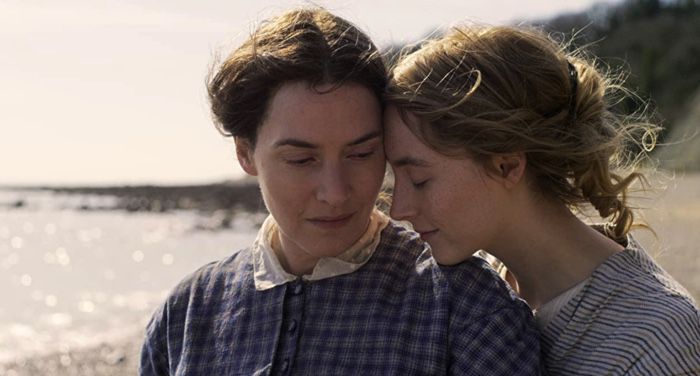 On August 25, the trailer for Francis Lee’s film Ammonite was uploaded to YouTube. The romantic drama fictionalizes the life of Mary Anning, a self-taught, groundbreaking paleontologist in 1840s Lyme Regis, England. Ammonite, which stars Kate Winslet and Saoirse Ronan, premiered at the Toronto International Film Festival on September 11. Without knowing much about the movie yet, the premise reminded me of several fascinating books.

As with the 2020 movie Shirley about Shirley Jackson, movies that fictionalize and speculate on real people’s private lives can be controversial. Although Ammonite is not based on a book, there are many books that would pair well with it. 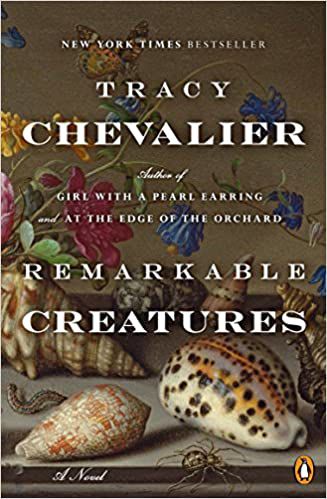 This historical novel from 2009 fictionalizes the friendship between Mary Anning and Elizabeth Philpot, two real fossil hunters on the coast of England in the early 1800s. Mary is poor and uneducated, and her discoveries revolutionize science and scandalize her small, traditional community.

A cryptic creature known as The Essex Serpent menaces a small, coastal English town in the 19th century. The mysterious creature, which may or may not actually exist, is peripheral to the characters’ lives. The protagonist, Cora, is a widow, mother, and amateur fossil hunter before words like dinosaur or paleontologist are common knowledge.

In 2019, I wrote about Remarkable Creatures and The Essex Serpent. In both of these novels, the discovery of prehistoric fossils shakes some people’s religious beliefs. Some characters also consider women searching for fossils doubly inappropriate. 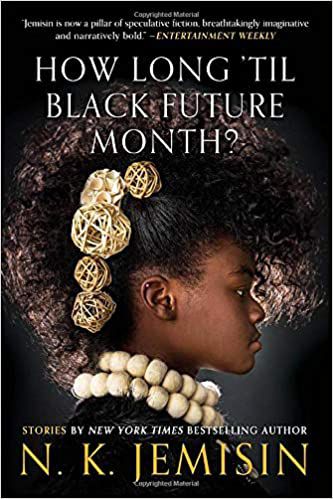 How Long ’Til Black Future Month? By N.K. Jemisin

Each story in this SFF collection is a must-read, from a tribute to Ursula K. Le Guin’s “The Ones Who Walk Away from Omelas” to brilliant reimaginings of many other SFF themes. One story in particular, “The Effluent Engine,” should appeal to anyone intrigued by the Ammonite trailer. In an alternate history version of 19th century New Orleans, the protagonist, Jessaline, is a Haitian inventor and spy who forms a partnership with Eugenie, a fellow revolutionary, scientist, and woman of color. 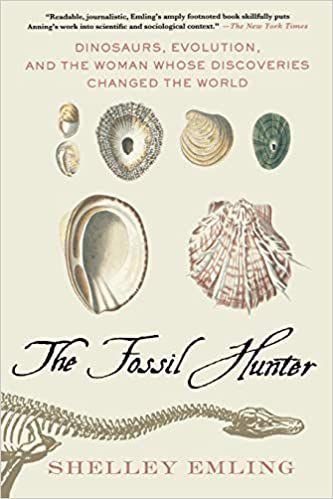 The Fossil Hunter by Shelley Emling

This 2010 biography of Anning reveals that she was only 12 years old when she first discovered a fossil on the beach in Lyme Regis. This was from the first dinosaur skeleton ever found, an ichthyosaur. Anning’s discoveries inspired the nursery rhyme and tongue twister “She sells seashells by the seashore”—and influenced Darwin’s theories of evolution. This is one of the most comprehensive biographies of Anning. 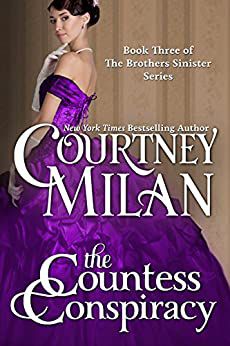 This is the third book in Milan’s Brothers Sinister historical romance series, not counting prequels and sequels. Its heroine, Violet Waterfield, is a widowed, 19th century countess—and secretly a scientist. Most of these books involve men taking credit for women’s work or people of color and white women defying social barriers and conventions. 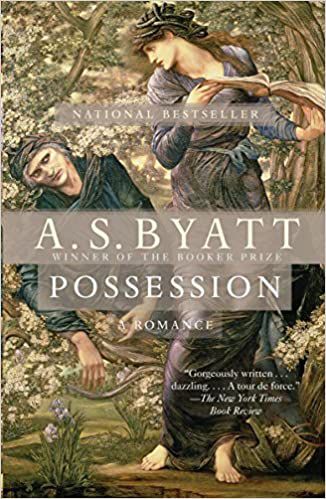 In 2012, Guardian writer John Mullan reminded us that in keeping with the fads of their class and era, LaMotte and Ash go on a fossil hunting expedition together. Ash writes in a letter to his wife that “ancient ammonite worms find new lives as polished brooches.”

Are you curious about trailers for movies like Ammonite? If romance—especially period and LGBT romance movies like Portrait of a Lady on Fire—or female scientist and trailblazer characters appeal to you, you may enjoy these six books.