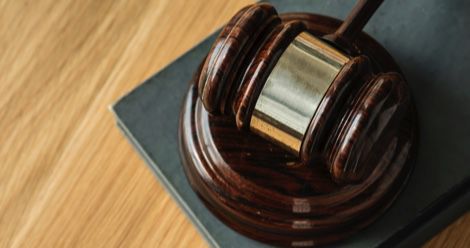 One hundred twenty-five women took their seats in the House of Representatives on January 3rd, 2019. Alexandra Ocasio-Cortez is the youngest woman ever to be sworn in and she did so in a suffragette white pants suit (the legend lives). Ilhan Omar, wearing a hijab, forced the body to change their policy on headwear, and Rashida Tlaib, shaking the patriarchy by reminding them ladies do, indeed know how to use the word motherfucker, are the first two Muslim women to be elected to the House. Deb Haaland and Sharice Davids, the first two Native American Congress women in history, hugged after taking their oaths. Some of these women swore to serve the nation on the Bible, as is traditional. Omar and Tlaib did so on the Qur’an. Krysten Sinema, only the second out LGBTQIA+ congressperson in history, made Mike Pence, a known advocate for conversion therapy, hold a big old law book for her and, friends, it was something to behold.

As was the smile on seventy-eight year old Nancy Pelosi’s face as she took the gavel back from someone who wasn’t Paul Ryan because, oh, right…he isn’t a Congressman anymore. 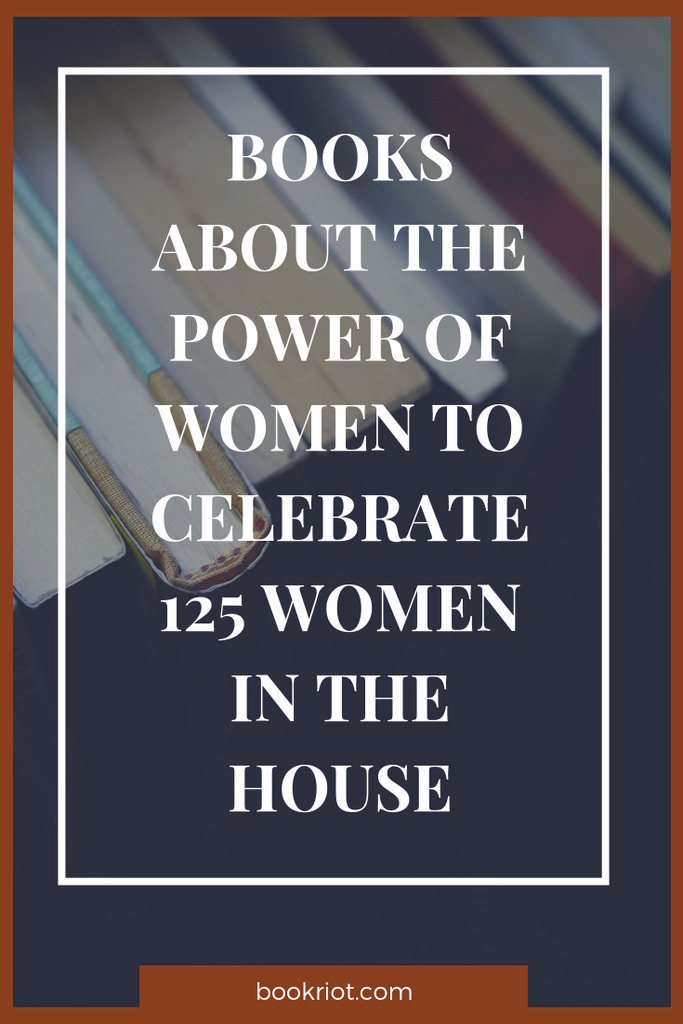 The expression on Speaker Pelosi’s face was a study in emotion. There was pride. Wonder. Joy. Relief. Determination. Some anger around the eyes. A dash of contempt for those who had allowed what she had worked so hard to build, for so long, to fall so close to ruin.

And there was, throughout, a hint of a smirk. A smirk that said, to all who have felt afraid, “we’re here now,” and to all who had tried to tear our country apart with hate, “we’re back, you bastards, and we’re bringing Hell with us.”

You know what Shakespeare said about women scorned, right? Over the centuries, it’s been used as an insult. A commentary on our supposed lack of emotional and psychological fortitude. Well, the Bard’s reasoning was all sorts of off, but his conclusions? Not so much. And after two years of a president who brags about grabbing us by our private parts and treats us like dolls to dress up and parade in front of other men, a president who thinks he has the right to legislate our bodies and our minds…I’m pretty sure hell hath no fury like the Honorable Speaker Pelosi with a gavel.

Remember, when Thor fell from worthiness, it was Jane Foster who wielded Mjolnir. And Frigga brought an army of female heroes to aid in the defense of Asgard.

Who says comics can’t teach you anything.

Who runs the world? Girls. (Well, women, but I didn’t write the song, so…) And here are some books to help you celebrate the ascension that proves what we’ve always known. 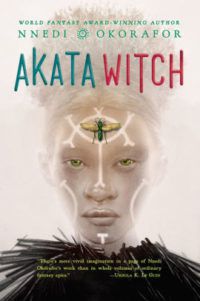 Sunny is a girl of two worlds: born in America to Nigerian parents, her family returns to their homeland when she’s old enough to remember the former and to have difficulty finding her place in Nigeria. Because she was born with albinism, those around her aren’t certain how to interpret her appearance and, in Africa, some consider her cursed.

What’s more, just as she’s finding her balance, Sunny discovers she’s a “leopard person,” in possession of magical skills that are a complete surprise to her but which she must learn how to use quickly so that she and her friends, a rare four person coven, can take down a magical serial killer, before he damages the world irreparably.

Power is not always wielded by the most well trained, the eldest, or the wisest. Sometimes, it’s found where it’s needed most.

Esme is sent away from her family as an infant in the hopes of protecting all of them from a coup. Hidden for years as a servant at another court, trained as a warrior but expected to remain hidden away until called upon, Esme enters a competition hoping to win the most technological advanced ship ever built, a ship which also happens to be sentient. She plans to offer it, and her assistance, to her brother in his fight for the throne.

Esme wins the competition and the ship. Her brother is willing to accept the prize but not her.

Esme is not, as the kids say, down with that. And she will not be hidden away again.

A Spark of White Fire flew a bit under the radar and I’m not sure why but I urge you all to get on it. Based on The Mahabarata, it’s sure to be epic all the way through and I can’t wait for the next installment. 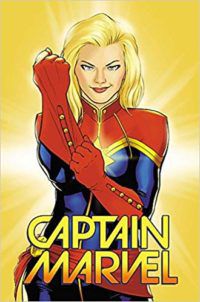 What, you thought you were getting a kick-butt lady list without some Carol? You should know me better than that by now. I particularly like this volume because it’s the one in which Carol has to make the decision to leave Earth, and that arc gives her a chance to be more than just the commander of Alpha Flight. Part of that decision is Carol Danvers the human discussing with a certain Colonel Rhodes—with whom she has one of the only mature, healthy, adult relationships in comics history, by the way—the reality of leaving him behind on Earth. And asking him to feed her cat while she’s gone. This is comic scripting at its best: real emotion, tempered with a little humor, epic stakes interspersed with humanity. This is what made DeConnick’s run a classic and the conflict in her Carol something all of us, even those of us who wear scrubs or jeans and t-shirts, or lab coats instead of super suits, can identify with. Being a woman in this world is hard. But Carol does it, her writer does it. We can do it too.

Back in the olden days of 1987, Tina Turner wrote a memoir with Kurt Loder. Loder, for those of you who don’t remember, was what we would probably now call a “pop culture” writer at magazines like Esquire, Details, and Time. He was also an editor at Rolling Stone and was the news dude on MTV. I read I, Tina last year for a piece on women in the Rock and Roll Hall of Fame and it was an interesting memoir/biography with a fascinating structure: Turner and Loder would alternate chapters with her telling the more intimate, personal aspects of a particular period while he laid out more specific chronologies and transcribed interviews with family members, managers, colleagues, etc.

Turner has written this new book on her own, however, and I’m curious to see how it’s different. Certainly, there is an additional 30 years to her history at this point, in which her career has experienced a major resurgence and during which she has remarried and moved to Switzerland. Regardless, this is a woman who became a singer when she wasn’t allowed to eat or stay in many of the places she performed, and who walked away from an abusive relationship in a time when that wasn’t “done,” at the risk of not only her career but her life and the lives of her children. Who refused to let threats or social conventions destroy her and who rebuilt, on her own, from scratch, everything that had been taken away.

We have work to do.

This is a good place to find inspiration.

Sometimes, the bravest thing we can do is survive. Sometimes, it’s the only thing we can do. Professor Anita Hill has complied the stories of African American women who have done just that, starting with her own great-great-grandmother, playwright Lorraine Hansberry, and continuing into the modern era with Baltimore beauty shop owner and housing-crisis survivor Anjanette Booker. In the Trump era, sometimes remaining here, in our homes, in our nation, is the greatest act of rebellion.

Where has England’s magic gone? No one is certain, though its disappearance is likely the fault of the once highly proper Royal Society of Unnatural Philosophers’ not so gentlemanly Sorcerer Royal.

The solution may be easier than the aforementioned believes though it would involve the utterly unthinkable: admitting a woman might be more capable in the mystic arts than any man…

No one defies expectations like the honorable RBG. Not in life, not in career, not in the utter destruction of social expectations and conventions. There is no public figure, no member of this government, more determined to make certain what’s left of this ship stays on course. She’s 85 years old and was back working two days after lung cancer surgery, people. Want to know how she came by that grit? Read this book. Because yes, we need this incoming class. But we need a couple of elder stateswomen too. I think Pelosi and Ginsburg fit the bill pretty damn perfectly.

Have kids. But when are you coming back to work? Take care of yourself. But don’t post too many selfies. Focus on your job. But when are you getting married? Girls can rule the world. But don’t be a bitch. Smile more. You were leading him on. You look like a nun. Did you see what she was wearing? She was asking for it.

Women live in a universe of perpetual double standards. All of it is social construct. Every last bit. But that doesn’t make it any less powerful. Has it gotten better as feminism has progressed? Maybe. Sometimes. But in my experience, women are often harder on other women than men are on women. Unless it’s related to sex, and then men think they own women’s appearance, bodies, and opinions. Sex and comic books.

So what do we do?

The first step is acknowledging the conflict, as the essays in Romm’s book do. Only once we do so can we start to construct a new reality, one in which we can more objectively examine not only the double standards others apply to us but those we apply to ourselves and, horrors, those we apply to others.