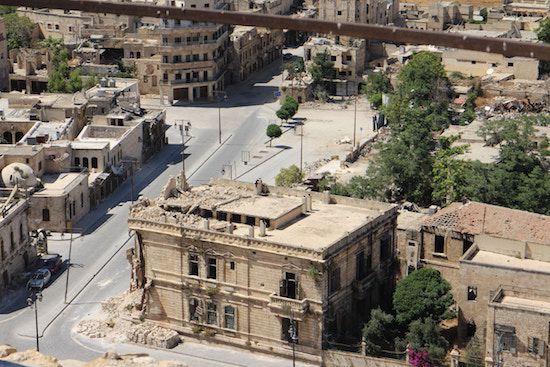 Syria is in the news again. Reports emerged last week of yet another chemical attack that appears to have used a mix of nerve agent and chlorine against civilians in a besieged part of the country, and the evidence once again seems to point to the culprits being the government of Syria’s dictator, Bashar al-Assad.

It’s not the first time chemical weapons have been used. A sarin gas attack by the government in 2013 killed over 1,000 people and nearly prompted an American intervention in the war. I visited the site of a sarin gas attack in Syria last year as a foreign correspondent for the Guardian newspaper. The latest attack has once again raised the prospect of America intervening in the war against Assad (America has been fighting in Syria for years now, but it has focused its attacks on the terrorist group ISIS).

So it’s high time we all learn more about Syria. The war has just entered its eighth year, a conflict that morphed from peaceful demonstrations for change into an armed insurrection that was also hijacked by extremists, and a brutal regime that has used all manner of weapons against civilians. Syria is the worst humanitarian tragedy of our time, with half the country’s population displaced. Some have fled to Europe, but the vast majority live in countries neighboring Syria (3.5 million in Turkey, a million in Lebanon, and 600,000 in Jordan). Regional and international powers are waging war by proxy in a country where 500,000 people have been killed since 2011.


So here are some recommended books about Syria to get you up to speed. 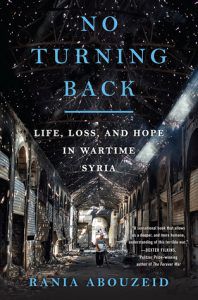 1. NO TURNING BACK BY RANIA ABOUZEID

Probably one of the best books about Syria written on the uprising-turned–civil war so far. Abouzeid’s book is based on countless visits to various parts of Syria as a journalist where she records the evolution of the conflict from its early days as a protest movement through its militarization, weaving in fault lines of displacement, sectarian conflict, extremism, and totalitarian brutality. It is told through the eyes of compelling and fascinating characters including a refugee child and her family, a jihadist, a young man tortured and disappeared for joining the opposition, a man whose family was kidnapped by foreign jihadists, and rebel fighters. The prose is evocative and beautiful, the reporting powerful and thorough.

2. WE CROSSED A BRIDGE AND IT TREMBLED BY WENDY PEARLMAN

This book is unusual in its format. In its entirety, it is composed of the raw and unfiltered accounts of refugees who fled Syria, from the early hopes of the peaceful revolution to the distraught homesickness of exile. Pearlman gives voice to Syrians to tell their own stories, and the result is a powerful narrative that will break your heart numerous times, then mend it, only to break it again. 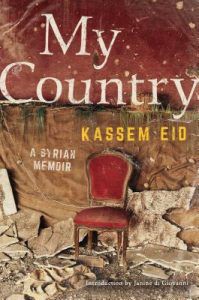 3. MY COUNTRY BY KASSEM EID

A young media activist at the time of the uprising, Eid chronicles in this book his experience growing up in Assad’s Syria, surviving a sarin gas attack on his home town, picking up arms against the government, and the starvation siege that he endured in the town of Moadhamiyah where he grew up. It is a powerful account of the brutality of the war, and the tortures that drove Syrians out of their country.

4. THE HOME THAT WAS OUR COUNTRY BY ALIA MALEK

This is a beautiful memoir and story of rediscovering one’s roots, as Alia Malek chronicles the story of her family’s origins in Syria and life in the Tahaan building where her family and their neighbors lived in Damascus. In the course of returning to her home and reclaiming it, Malek takes us along for the ride, examining how identity shifts and takes on new shapes for communities in crisis. It’s a tender, loving book, and the strong and determined women of her family are a sight to behold. 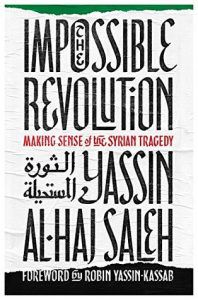 Saleh is one of the foremost intellectuals on Syria, a thinker with extraordinary gifts. He fled Syria in 2013, and his wife, the respected human rights activist Samira Khalil, was abducted by a Salafist rebel group and has not been seen since 2013. The book is a collection of essays, and can be quite academic in some places, but it’s an excellent chronicle of the evolution of the Syrian uprising as well as a deep analysis of how the totalitarian governments of Syria exerted control and dominance over its people (a message that is quite relevant and potent today, everywhere).

6. THE SHELL BY MUSTAFA KHALIFA

A disclaimer: I read the Arabic version of this book, but if the English translation is one-tenth as good it’ll be worth your money. It lays out the story of a Christian man who was wrongfully imprisoned as a member of an Islamist organization in the Assad regime’s notorious prison and torture chamber in Palmyra, and veers wildly from hysterical, black comedy and absurdism to desperation, hope, depression, and the crushing of the human will that is central to Syria’s totalitarian and labyrinthine security apparatus. The writer himself was imprisoned for years, and the book is an amalgamation of what he saw and experienced. It’s a fantastic introduction to prison literature, and will give you a sense of why Syrians rebelled in the first place. 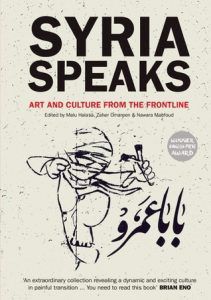 Do me a favor and get a hard copy of this one. It’s a beautiful collection showcasing the work of dozens of Syrian artists, writers, cartoonists and revolutionaries challenging the narrative of violence that has gripped the country. One of the most heartbreaking is a cartoon of a little girl scrawling on the wall the words “Never Again” in Arabic, next to an image of the wheel of Hama, a city where thousands were killed by Bashar al-Assad’s father, Hafez, in the 1980s. It’s gorgeous. You should pick it up.

8. THE CROSSING BY SAMAR YAZBEK

Having fled Syria in 2011 when the uprising began over her opposition to the Assad regime, Yazbek returned and crossed illegally into Syria from Turkey, the first of multiple visits back to her homeland to chronicle life in areas that had fallen out of regime control. She now lives in exile in Paris, the hope of the early days of the uprising giving way to darker times. 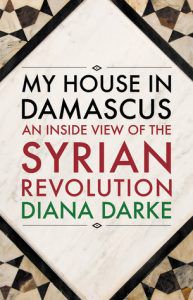 9. MY HOUSE IN DAMASCUS BY DIANA DARKE

One of the best books on Syria in recent years, it is the loving story of a British expat who falls in love with Syria and buys a home in the old city of Damascus. Through the struggles of keeping her home as the crisis progresses, Darke takes us through an exquisite but melancholic meditation on Syria as she knew it. It’s an incredible travelogue, political history book, and loving dive into a human fabric that has been decimated by war.

How did the modern states of Syria and Lebanon come to be, and what machinations orchestrated by Britain and France, the colonial powers in the Levant and the broader Middle East, carve out the region and lay the groundwork for the future conflicts that we see today? This book answers those questions, and it’s a fascinating insight into the old power rivalries that shaped the region. 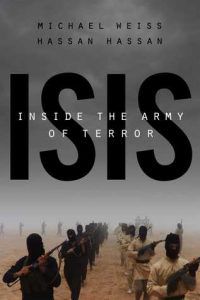 11. ISIS: INSIDE THE ARMY OF TERROR BY MICHAEL WEISS AND HASSAN HASSAN

This is the best book on the evolution of the world’s most notorious terrorist group. ISIS has become less relevant in Syria as the group lost territory to American-backed militias in the country, but the risks of its return are still there and the chronicle of its rise is crucial if we are to stop it from emerging again.

A beautifully written and concise, sharp book by Syrian writers Robin Yassin-Kassab and Leila Shami, it traces Syria’s recent history and the inequalities and oppression that ultimately sparked the uprising in Syria. It skilfully weaves the different threads of the conflict, from the rise of extremist groups and brutality of the government to the efforts of ordinary Syrians to build a democratic society, and life in exile.

What books about Syria do you recommend?

Looking for more books on Syria?

5 Books About Syria, the Greatest Humanitarian Tragedy of Our Time

10 Bookish Gifts for and from Syria