But every time I ask myself this question—every time I get sick to death of my own voice—I am reminded of how much people still do not know. The things they still assume.

In an era of #MeToo, those who are loath to believe victims continue to ask the same old questions. “But why did they wait so long to come forward?” I hear again and again and again.

There are so many answers to this question, it’s a miracle anyone is ever brave enough to open their mouth. I’ll let the books below do the talking. 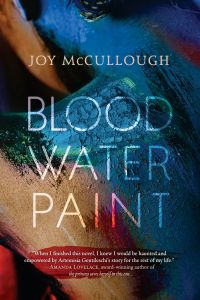 In this YA novel—written in gorgeous, affecting verse—McCullough gives us a protagonist we can’t help but root for. Seventeen-year-old Artemesia Gentileschi is one of the most talented painters in Rome but, because it is 1610, she lives in obscurity, her father passing off her work as her own. These constraints on their own are unbearable, but when she is raped, she comes to know even more deeply the futility of being a woman who wants to live her life out loud. 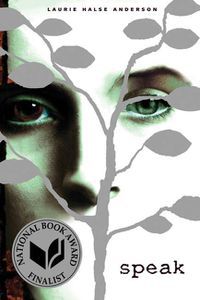 Another YA novel, set in a more contemporary setting, this book is about a year in the life of a teenage girl who is sinking under the weight of a big, terrible secret: her rape at the hands of a high school senior the summer before. Throughout the course of this story, the protagonist remains silent, confounding her parents, her teachers, her former friends. But if she did choose to speak, would anyone believe her?

This lyrical memoir is billed as Gurba’s coming-of-age journey as a queer, mixed-race Chicana. But more than that, it is an exploration of sexual violence, guilt, culpability, race, misogyny, and homophobia. Most relevant to this post is the way in which Gurba explores the question of what we owe to the world versus what we owe to ourselves. She is unapologetically honest about why she has chosen to remain silent at various points in her life, and readers can’t help but admire the choices she’s made to protect herself from additional harm. 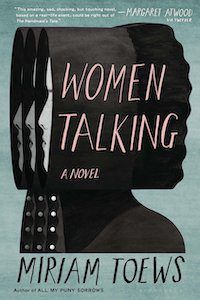 This recent novel, based on real-life events, is about a group of women who discover that the nighttime violations they have been undergoing repeatedly have not, in fact, been the work of demons. Rather, they are being drugged and attacked by men within their own community. Through the minutes of a symposium they convene on what they should do next, readers become privy to the decision-making process that must occur when women are torn between the enticing comfort of the familiar and the struggle of finally taking action. 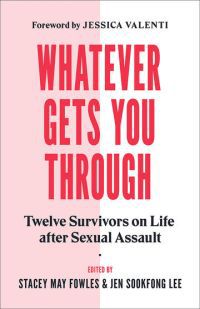 When I picked up an ARC of this book—which just came out—I expected essays on the inspiring and transformative power of kickboxing classes, trauma-informed yoga, and the like. And there is a bit of that, with some writers sharing how certain activities have allowed them to muscle through their trauma. But what makes this book essential reading are pieces from writers such as Kai Cheng Thom and Gwen Benaway that interrogate the limitations of our language around sexual violence and our assumptions about how a victim should be, and that provide convincing arguments for silence and anger as the best ways to protect and love oneself. 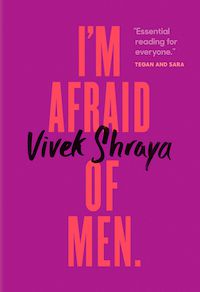 What interests me most about Shraya’s memoir is the way in which she has resisted focusing in on isolated, horrific events, instead choosing to show readers how small hurts can accumulate over the years in a way that erodes the spirit. In this #MeToo movement, we hear many stories of outsized monsters, but we are only just beginning to explore the gray areas of internalized misogyny. How do we talk about those gray areas in a way that feels productive? This book is an attempt to discover the answer. 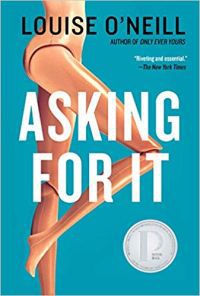 Another YA novel, Asking for It is about a young girl’s rape, the public shaming she has to endure afterward, and the effects this has on her as a woman. The story is a perfect illustration of how, when someone is assaulted, it is their character—versus that of their attacker—that comes into question. 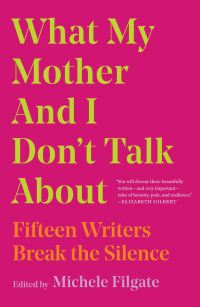 There are a ton of things we keep from our mothers. But the essay this particular anthology grew out of is about Filgate’s childhood years with an abusive stepfather, and about how this dynamic affected her relationship with her mother. In her case, even when she broke her silences, Filgate’s mother didn’t seem to believe her—or didn’t seem to care. 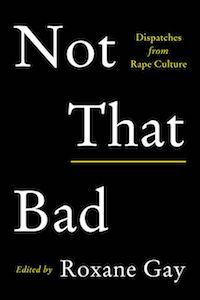 Not That Bad edited by Roxane Gay

As I’ve been promoting my own book these past six months, I’ve found myself referencing Gay’s anthology again and again. The title alone perfectly encapsulates the way in which various forms of sexual violence have been normalized over the years, leading many of us to remain silent because we have classified our experiences as “not that bad.” When victims are called hysterical or overly emotional, when we are told we are overreacting, when we are told that what we have faced is normal, we eventually come to believe that we have nothing much worth talking about.