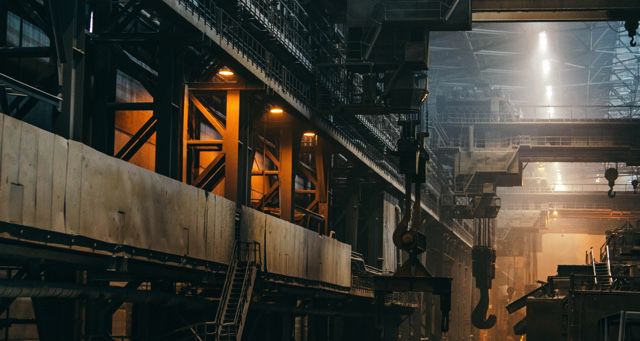 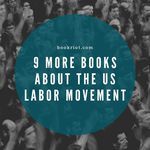 For the last hundred years, books, films, folk songs, and plays have used the U.S. Labor movement as an inexhaustible source for some of their best stories. These past few years have seen an emergence of brilliant new books to illuminate the struggles of ordinary people undertaking extraordinary challenges to better their working lives and conditions.

In honor of every working person, whether you belong to a union or not, here is a U.S. Labor booklist that refutes any claim that the U.S. labor movement is no longer of any interest or benefit to the country’s workers. Included on this list are books that tell the story of the  New Jersey factory women who fought their employer when the radium they worked with made them “shine and glow in the dark”; a recently published history on the contributions of African American workers in the U.S. labor movement; a look at how Chinese immigrants built the railroad; and the first book on the history of the LGBTQ workers within the U.S. labor movement.

Reading labor fiction and nonfiction is an effective way to learn history using the tools of literary drama (bad, dangerous changes at the workplace) and suspense and more drama as the characters envision their destiny (what happens next? will the factory/office be closed out of malice by the boss, or will goodwill and harmony return?). Labor stories contain astounding characters who, even if they lose their strike or their cause, are recognized as the winners for their transformation into warriors with a newly discovered voice. 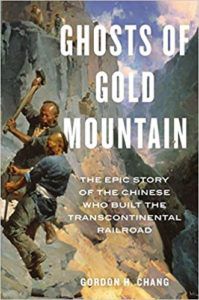 Ghosts of Gold Mountain: The Epic Story of the Chinese Who Built the Transcontinental Railroad by Gordon H. Chang

An excellent history of the 20,000 Chinese immigrants who built the Western half of the Transcontinental Railroad. Twelve hundred Chinese men lost their lives, and those who remained after the railroad was completed witnessed their contributions being erased as they were pushed back to society’s fringes. Award-winning historian Gordon H. Chang has used extensive archaeological resources to return these Chinese men to their rightful place in our country’s history.

Dishing It Out: Waitresses and Their Unions by Dorothy Sue Cobble

Yes, it’s true: waitresses joined unions in large numbers and transformed their unions into a strong political force. (Some restaurants still remain unionized; in San Francisco, six restaurants remain union). This great history by renowned labor writer Dorothy Sue Cobble takes us through the changes of America’s eating habits and tells the stories of the unknown strength deployed by these unknown union workers.

Out in America: A Labor History by Miriam Frank

The first comprehensive history of queer American workers from the mid-1960s through 2013. Miriam Frank skillfully weaves together the intersection of gay rights and workers’ right, and how the necessities of a strong LGBTQ workplace and labor presence benefits all workers. Miriam Frank interviewed over 250 LGBTQ labor activists to write this essential queer history; highly recommended. 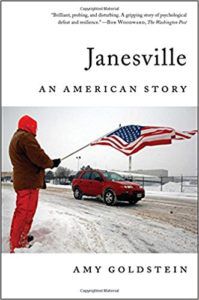 In 2008, General Motors shut their factory as the beginnings of the great recession began to take hold. Pulitzer Prize–winning journalist Amy Goldstein remained in Janesville, Wisconsin, and recorded the town’s shock at the tremendous job loss with insight, sympathy, and intelligence. Goldstein’s reporting takes the reader into the lives of the autoworkers, bankers, educators, politicians and job re-trainers to explain the 21st century labor market and the hollowing of the working class.

A History of America in Ten Strikes by Eric Loomis

This book breaks the myths and assumptions of the U.S. labor movement. By studying these ten critical strikes, from the 1830s to the Justice for Janitors organizing drive in 1990, Loomis shows the reader that these labor challenges are not stuck in the time that they occurred, but these strikes speak to the present times (think of the unexpected teachers’ strikes in 2018).

A hundred years ago, as World War I raged on and into the 1920s as the Jazz Age was in rage, young women in their New Jersey factories painted clock faces with a mysterious new substance called radium. Despite assurances by their bosses that the luminous radium was safe, the young women nevertheless began to glow, to shine brightly in the dark just like the faces of the clocks they painted: the radium had penetrated every portion of their being. Kate Moore writes a brilliant book on one of America’s biggest industrial scandals and the newly woke young factory women who fought back and built an astounding legacy of workers’ health and safety. 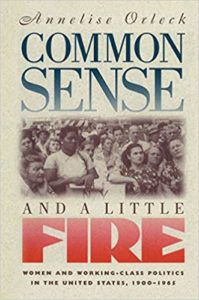 Common Sense and a Little Fire: Women and Working Class Politics in the United States, 1900–1965, 2nd ed. by Annelise Orleck

Through the personal and public lives of four immigrant women—Rose Schneiderman, Fannia Cohn, Clara Lemlich Shavelson, and Pauline Newman—who rose from the floors of the garment shops to positions of power and influence in the U.S. labor movement. These four women left a legacy of progressive legislative change; a fascinating read and highly recommended.

Workers on Arrival: Black Labor in the Making of America by Joe William Trotter Jr.

Workers on Arrival restores and presents the vast contributions of African American workers from the earliest days of the country, the 1600s, until the present. This is a beautifully illustrated book, just published months ago by Joe William Trotter Jr., who is the esteemed professor for Afroamerican Urban Studies and the Economy at Carnegie Mellon University. Professor Trotter gives us a highly readable and accessible history that will be a classic in the field.

As the title states, this book, written by three prominent U.S. labor historians, tells the tales of the Ludlow, Colorado, Miners Massacre in 1914, the winning strike strike by the retail clerks at Woolworths, and the 1936 strike by the American Federation of Musicians when the musicians found out they were to be replaced by a recorded score and the live music would be gone—the Musicians took action and won.