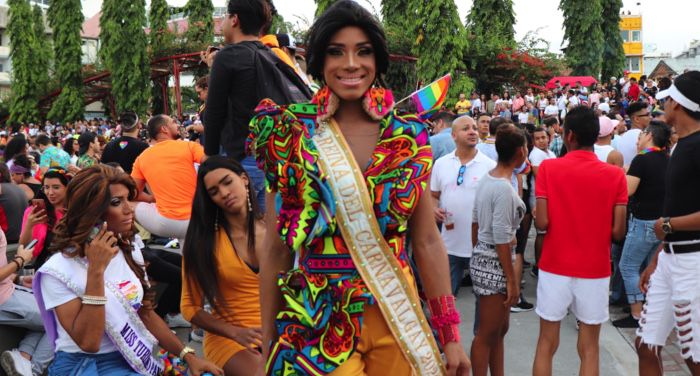 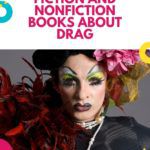 Drag has been firmly in the public eye since the launch of RuPaul’s Drag Race, and with All Stars 5 on Netflix, it’s time for some fabulous books on drag!

It was a drag queen who started the Stonewall riots, a crucial turning point in the fight for LGBTQIA+ equality. Her name was Marsha P. Johnson. In June 1969, a gay club known as the Stonewall Inn was raided by New York City police. In response, the club-goers rioted, sparking gay rights–related riots all over the world. This is how the famous LGBTQIA+ charity Stonewall got its name. Stonewall is now a leading gay rights organization in the UK, supporting queer people, young and old, and the organizations that work with them. It was founded in 1989.

As a fledgling bio queen, I am obsessed with drag, and I thought I’d share my reading list. What makes drag so universal is that we all love expressing ourselves through what we wear. Drag takes this to the max! The art of drag is also an excellent advocate for body positivity, self-acceptance, and confidence. That’s something everyone can benefit from. And who doesn’t love sequins?

So, if you’re looking for books by drag queens, there are some great books on this list. There are also books by women and books about being a drag king. There’s an unfortunate sway towards male authors here. Still, most of them are gay or have an alternative definition of gender. Many drag queens prefer she/her pronouns while in drag, and there are plenty of queens who have written books. The following list includes novels, nonfiction, memoir, children’s books, YA, and more. Something for everyone, no matter what you like to read! Celebrate queerness at home this year, with one of these fabulous books about drag. Let me know what you pick, over on Twitter! 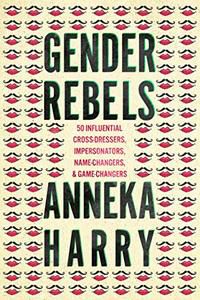 A nonfiction book to start off with, Gender Rebels is about 50 different cross-dressers. Gender Rebels includes just about everything you can think of; whether it’s female pirates pretending to be men or a woman living as a man during the slave trade, this book has them all. It does focus exclusively on women dressing as men, but if you’re looking for a book on drag kings, this one’s for you.

A complete history of the drag world. It also covers gender fluidity and takes a deep dive into the culture of drag. It goes back as far as the 1900s and is full of stunning photographs. If you ever wanted a beautiful, yet rich in information, coffee table book on drag, try this.

Any self-respecting list about drag isn’t complete without a book by RuPaul! GuRu is less of a book on drag and more of a universe-based philosophy book on identity. RuPaul explores the ego and how to release yourself from your inner walls in GuRu. Still, it does contain themes of drag and how that ties into identity issues. 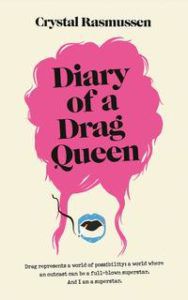 Diary of a Drag Queen by Crystal and Tom Rasmussen

Crystal Rasmussen, known for her iconic hairstyle, writes about everything drag you could ever want to know, in Diary of a Drag Queen. It includes all the backstage secrets, the funny anecdotes, and the dates you’ve always wondered about. Diary of a Drag Queen will show you what it’s really like to be a drag queen.

A hilarious parody of Bram Stoker’s classic, Dracula. Dragula is the story of a man who finds something suspicious in the neighborhood – a drag queen! I laughed out loud when I discovered this, especially with the author’s name. If you need a laugh right now, Dragula is definitely a good choice.

Unicorn: The Memoir of a Muslim Drag Queen by Amrou Al-Kadhi

I preordered this one after reading an article in the newspaper. I haven’t read it yet, but it has a gorgeous cover. It’s very aptly titled, and I can’t wait to discover Amrou and Glamrou’s story. Unicorn is a very positive memoir, but that doesn’t mean there aren’t tough parts. If you’re after a drag book that’s a little bit different, check this one out. 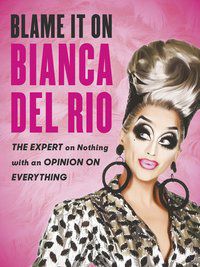 The ever funny Bianca Del Rio, winner of Season 6, has written a book. It’s essentially a whole book full of classic Del Rio insults and humor and will lift even the gloomiest day. Blame It On Bianca Del Rio is the perfect antidote to the quarantine blues

Boy Queen is a debut novel by a drag queen. The main character is a drama school reject who finds himself watching a drag show. Inspired, Robin starts doing drag himself, and soon, he’s sissying that walk. Boy Queen is YA.

Why Drag? By Magnus Hastings

A photography book full of stunning drag queens! It will look gorgeous on your coffee table, and provide a bucketload of inspiration for your own style. There are also discussions from queens about drag, what it means to them and why they love it.

The House of Paris Le Grand by Nicholas Robinson

Another novel, The House of Paris Le Grand, is a romcom full of drag queens, hilarious old ladies, and a bucket list. Throwing all those together sounds like a fantastic idea, so I’m here for this book. The story is about an older woman who finds new meaning in life, with the help of a drag queen. 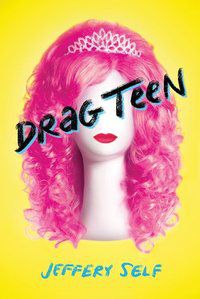 Drag Teen by Jeffrey Self

A YA novel by YouTube sensation Jeffrey Self. Drag Teen is a road trip book! If you’re desperate to get away but coronavirus has rained on your parade, try some armchair traveling with this colorful drag pageant novel. The cover alone is cheering me up, I love that wig!

How To Be A Drag Queen by Brandi Amara Skyy

The ultimate guide to being a faux-queen, or in other words, a female drag queen. Brandi Amara Skyy gives us no tea, no shade, no pink lemonade as she takes us on an expert tour of her time in the drag industry. As someone who has been doing drag for 25 years, Skyy is definitely someone worth reading.

Faux Queens – Fauxing the Real: Biological Women, The Art of Drag, and Why the Real is Drag by Brandi Amara Skyy

Another book by Brandi Amara Skyy, this one is more about the politics and the theoretics of female drag. At only 118 pages, it’s a little appetizer of drag theory, perfect for lazy afternoons in the sun. 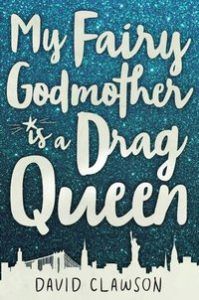 My Fairy Godmother is a Drag Queen by David Clawson

If you need some classic glamour in your life, My Fairy Godmother Is a Drag Queen is the book you need. I mean, with a drag queen dressed like Diana Ross in it, what more could you want? There’s also the general vibe of America’s rich and fabulous. This is a book for daydreaming.

A coming-of-age story about a gay man who finds his calling as a drag artist at university. This one’s about a mixed-race man, and includes a lot of pink feathers. The Black Flamingo covers some hard topics, but it’s still a light-hearted book.

Looking for more awesome books about drag? Check out The Library Is Open: 10 Books for RuPaul’s Drag Race Fans.