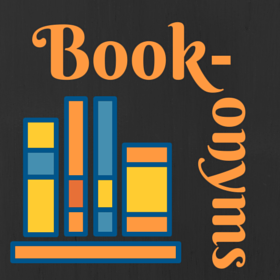 If working for three years as a bookseller taught me anything, it’s probably that a ton of books have frighteningly similar (if not exactly the same) titles. Customer queries can get sticky if you don’t go in with this knowledge. Handing someone Mark Helprin’s Winter’s Tale when they wanted Shakespeare’s The Winter’s Tale will not make them happy (even if it is an excellent… and dense… book). It could be even more confusing if what they actually meant to ask for was Italo Calvino’s If on a Winter’s Night a Traveler. I like to call these bookonyms, because, you know, homonym + book = bookonym. 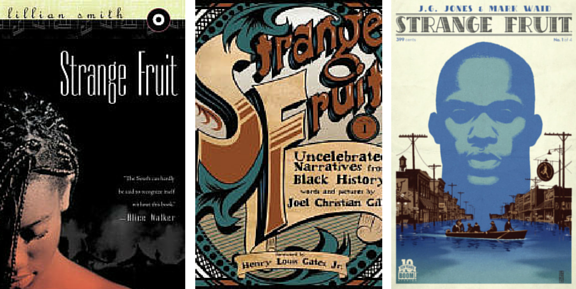 The books that sparked this post, and the most painful bookonym situation I’ve encountered recently, are two graphic novels, both titled Strange Fruit. They both deal with race and both take their name from the Billie Holiday song. One is an amazingly well-done anthology of African American history by Joel Christian Gill, a black man, called Strange Fruit, Volume I: Uncelebrated Narratives from Black History, and the other is a highly anticipated, yet already problematic (hello white gaze!), comic by J. G. Jones and Mark Waid, two white men, called Strange Fruit #1. (I’m going to just bite my tongue right now about all the overt sexism in Jones’ artwork). Go read J. A. Micheline’s review of Strange Fruit #1. It explains exactly why I am cringing about this new bookonym situation. What’s going to happen when someone wants Gill’s book, one I displayed proudly each February for Black History Month and hand-sold year round, and ends up with the much more hyped, black-people-as-aliens, white apologist Strange Fruit #1?

This isn’t the first time the title Strange Fruit has been appropriated, either. Lillian Smith’s 1944 bestseller, Strange Fruit, about interracial romance, was originally titled Jordan is so Chilly. She refused to acknowledge that the title change was due to the popularity of Holiday’s song. I should mention that Smith is a white lady who made a lot of money off of her romanticized and sexually explicit novel and she still refused to give credit for the phrase to either Holiday or the poem’s original author, Abel Meeropol (who was Jewish). Smith’s book is good, and has literary merit, but it still rankles me that she didn’t give credit where credit was clearly due. Smith’s novel also smacks of jungle fever to a degree, even if the characters within were genuinely in love. The book’s sales were most likely driven by the more salacious nature of the relationship and not by the (ambiguously) moral theme.

Sometimes, and I plan to write about these as well, bookonyms are just humorous situations. A little frustrating during the search, but completely harmless in the long run. This particular situation isn’t quite so innocuous. I’m all for everyone reading books, even problematic works, before coming to their own conclusions. I just can’t shake my apprehension over the possibility that this time a racist, yeah I said it, work by two white dudes is going to get way more attention and press, and therefore sales, while the more meritable work by a black man will continue to slide under the radar. I hope with all that I can hope that booksellers and librarians across the country and around the world do their research and don’t just hand out the newest and shiniest of the choices.

If you really want to plumb the bookonym depths of Strange Fruit, here are some more options to try. Just proceed with caution, I’m not actually vouching for any of them: