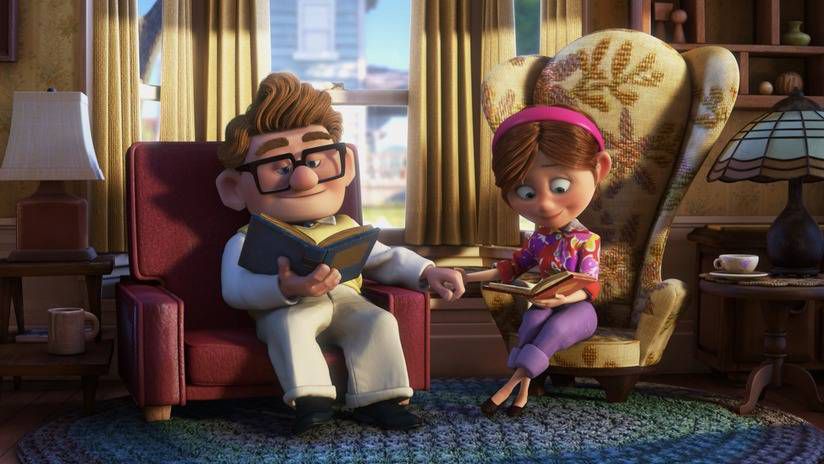 Recently my wife and I mucked out our basement so I could have a refuge from our growing number of pets, who will all remain upstairs and accursed.

Making space required us to vacuum a ton of cobwebs, buy some rugs, install lamps, hang up my Blood Meridian poster, and move a bunch of boxes. The boxes had been down there for a couple of years and we were both surprised to realize that we couldn’t remember what was in most of the sealed ones, which were taped up with such conviction that they were like those DVD box-set cases at Costco that you can only open with flamethrowers or table saws.

Most of the boxes were predictable and boring. Musty mass market paperbacks. Sheet music. Photo albums. Then there were only two left. One of mine, one of hers.

“Should we open them?” said Angela. 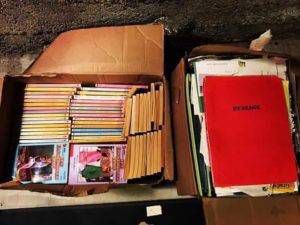 Here’s what we found:

What you’re looking at over other there on the right is, as near as I can tell, is my full run of The Babysitters Club. Apparently I could not part with them as a middle age man. So far, so good. It was a joyous reunion.

Then Angela opened her box. Right on top was a blood-red folder with jagged black letters spelling REVENGE on the cover. 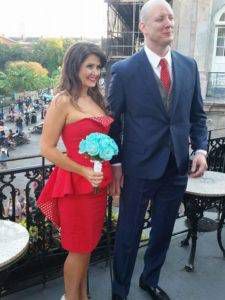 Right after the haunted wedding. Before I knew about the revenge folder.

“Good grief,” I said. “Is that really your list? Like, everyone who’s got it coming?” It was just like her. We got married a few months ago in the obvious place: she wanted to go to New Orleans the night before Halloween and get married at Muriel’s, the “most haunted” place in the city. Our ceremony began with the pastor inviting the ghost of a famous suicide to join us.

“I’m not sure either. Am I in that folder?” I hoped not. She loves deep. Now it look like she hated deep as well. Deep enough to make a folder of vengeance, anyhow.

“I think it’s older than that. Have you done anything I don’t know about that means you should be in that folder?”

“No. I don’t think so.” I went upstairs while she opened it. A few minutes later she told me that it was a play she had written. The plot of the play was more unnerving than an actual revenge list would have been.

That night while we fell asleep, I wondered if she was reciting the names in her head like Arya Stark.

My darkest secret was that I could still remember how sad I was when Mary Anne dumped Logan in Mary Anne vs Logan, volume #41 of The Babysitters Club.

He had it coming, though, the sap.