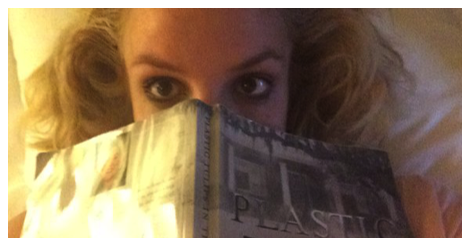 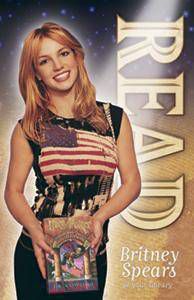 If there’s one celebrity who we could look to as someone who has hit rock bottom and built themselves a sturdy ladder to climb out, it’s none other than Britney Spears.

There’s a meme that’s been floating around for a long time that if Britney Spears could survive 2007, then you can survive your day. And there’s a lot to chew on with that, if for no reason other than understanding that Spears isn’t the butt of a joke — she’s a powerful woman who showed the world her illnesses and her vulnerability and still fought her way back to her career as a musician.

One of the best things about social media is how it lets us have a look into the things they’re into in ways that we may otherwise only ever know about through interviews or tabloids. And in this case, social media has made it clear that Britney Spears is a book lover. She’s said in numerous interviews that her idea of a perfect day involves not doing much more than reading, and she’s never shied away from sharing some of her favorite books and authors with her loyal and dedicated fan base.

And this isn’t a new thing for her. As seen above, Spears starred in a 2001 (!) with a copy of Harry Potter and The Sorcerer’s Stone.

In honor of Britney’s upcoming ninth album Glory, slated for August 26, here’s a look at the bookish life of Britney Spears. Because snagging and talking about paparazzi photos makes me uncomfortable and since it’s challenging to authenticate their sources or motives, I’m sticking to just the things Spears herself has highlighted in her social presence. Some of these are book recommendations, some are photos of her with books, and some are straight-up images relating to books she’s shared because she’s liked ’em.

Oh, and there’s video of her doing a story time, too.

Upon seeing her post about this book, I couldn’t stop thinking about how I hope Spears herself writes a memoir of her last few years.

The best author in the world! I'm sooo shocked!

Is it bad that I want to find a book to read so I can say that I'm reading it on Path?

If you click that tweet, a few comments down is a fan response about how spears should read Giffin . . . and Giffin being flattered. 2012 meet 2016.

And fans love asking Britney her favorite books or authors. She’s always changing it up, too. Because Book Nerd.

Yeah I know I've got a big forehead… but it was a really great book! pic.twitter.com/sa9GS7wHPx

And here she is reading a sweet story to her niece Lexie. She didn’t know she was being filmed for this.

Once upon a time, I was reading Lexie a pretty story…