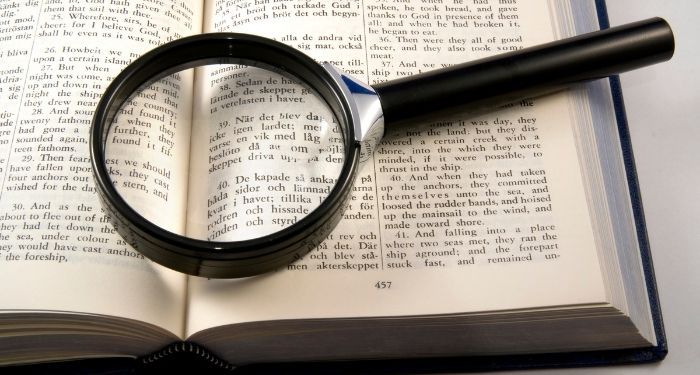 Stephen Blumberg, 41, wasn’t anticipating a greeting from his friend and roommate Kenny when he arrived at his home in Ottumwa, Iowa. It was 2 a.m. on March 20, 1990. Blumberg just returned from a trip to St. Paul/Minneapolis, Minnesota.

With Kenny were a number of strangers, and when Blumberg asked who they were and what they were doing at his house, they announced themselves as the FBI and that, upon finishing their warranted search of his home, Blumberg would be arrested.

Behind the doors of 116 N. Jefferson Street, an old, red-bricked home sitting atop a hill, was an entire floor packed with antiques, including records, paintings, laps, and rugs. A second floor of the house — nine rooms total — was stacked ceiling to ground with nearly 24,000 books and manuscripts valued at the time for $20 million dollars.

Among the 24,000 books inside the Ottumwa residence were 100 incunabula, a first edition of Uncle Tom’s Cabin, the 1493 Nuremberg Chronicles bound in calfskin, two dozen boxes of rare material about the early history and settling of Oregon, and much more.

Blumberg, active in the antiques buying and trading communities across the central US, wasn’t acquiring these books to sell. Instead, his theft was used to satisfy his desire to own as many invaluable books as possible. Where the word bibliomaniac is often used casually to describe anyone who loves books, the word applied to Blumberg is textbook definition.

From the time he was young, Blumberg was eccentric. His father was a wealthy doctor, and the family had inherited wealth from a great-grandfather. Blumberg was an only child and one who didn’t take much to a social life. He preferred to be on his own, and he carried on this way of life through adulthood. His signature style as he grew up was to don a wool overcoat and long underwear year round. He purchased all of his clothing from places like Goodwill, and made an effort to take as many meals as possible through soup kitchens, despite having financial means above and beyond the average person.

The middle of the 20th century was a time of growth in Minneapolis and St. Paul, and Blumberg quickly grew fascinated with the construction happening around him. There are a lot of legends about the how of Blumberg’s start in collecting doorknobs and other antique pieces from homes. He said once that after weeks of watching a building being demolished, one of the construction workers gifted him a stained glass window.

Blumberg’s odd behavior didn’t stop as he grew into adolescence. His parents sought answers for some of his unconventional behaviors through therapy and medical doctors, and he spent time in a number of institutions. But upon escaping one of those institutions in Chicago, he began entering abandoned buildings and pilfering doorknobs, stained glass, and other physical items across the city. He was arrested numerous times for entering private property.

The One That Got Away

Those who knew Blumberg also saw him as brilliant, which may be why he was so drawn to old, rare books. He had never indicated an interest in selling them or in trading them. In fact, his twin interests in collecting doorknobs and stained glass, as well as rare books, were impetus for his purchase of the home in Ottumwa, as well as taking out leases in storage facilities in a number of cities. Ottumwa is conveniently located, as many of Blumberg’s trips took place between his former home in the Twin Cities and down through Texas.

Rare books and antiques sellers up and down the I-35 corridor knew Blumberg. He had made a name for himself with the doorknobs, but he stood out because of his appearance and because he drove a Cadillac or Oldsmobile with a trailer behind it. Beside his odd sense of dress, antique store owners said his hands were always messy and that Blumberg always bought, but he never sold.

The first book-related arrest came in 1974, when he was arrested in Fort Lupton, Colorado. His car was stuffed with books from universities in Iowa, Colorado, and Nebraska, and Blumberg was charged with theft.

The charges were dropped just a few months later, though, as both of the officers who’d made the arrest moved on to different jobs. It’s unclear whether those books were returned to the institutions or remained part of Blumberg’s collection.

Richard Hanley, a custodian at the University of California in Riverside, noticed a strange man inside the special collections department the night of April 18, 1988. The man, who introduced himself as Mathew McGue, a psychology professor at the University of Michigan, was in the department at 11:45 p.m., well after its 5 p.m. closing. Hanley took McGue down to the circulation desk, where he introduced himself once again as McGue to the employee on duty.

The name immediately rang a bell.

McGue was the person named in a security alert sent out by the J. Paul Getty museum that same day. McGue was in a special collection area at the University of California Los Angeles where he had not been permitted to visit.

Campus police were called and Hanley, who returned to his work, found a briefcase left behind by “McGue.” Inside were picks, antique doorknobs, and articles from the school newspaper about loose campus security, as well as the hours of the library. Blumberg-cum-McGue planned his trip to ensure the least supervision and highest opportunity to break into the rare materials collection.

Only months earlier, librarian Hillary Cummings at the University of Oregon in Eugene discovered that numerous rare books, documents, and manuscripts related to the early settling of Oregon and the west coast were missing. Cummings and the chief librarian, George Shipman, alerted the FBI and let other libraries know about their missing special collections. Washington State University in Pullman reported they, too, had documents related to the history of the northwest stolen as well.

After his arrest in Riverside, “McGue” was identified as Stephen C. Blumberg, given three years probation and a modest fine of about $1000 on the charges of trespassing and possession of items that could be used for burglary. He hadn’t, as far as anyone knew at the time, been successful in stealing anything from Riverside.

News of Blumberg’s arrest reached the librarians in Washington and Oregon, and though information about the time between the Riverside arrest and the investigations happening at the other two schools was never released, the pieces fell into place. Blumberg was likely the person of interest in those cases, as well as dozens more that began to pop up across the U.S.

Blumberg would be taken by the FBI in March 1990, nearly two years later. His friend and roommate Kenny would negotiate a bounty with the Justice Department to turn him in to authorities.

Despite his history of mental illness, as well as testimony meant to bolster Blumberg’s insanity and reduce charges and subsequent jail time, a jury declined the plea. Blumberg’s testimony included the belief that he himself was meant to be a custodian of rare books and materials, and more, that he’d never sell the items because he envisioned they would return to their rightful owners after he died.

Blumberg spent four and a half years in jail and paid a $200,000 fine. He wasn’t rehabilitated, though, and upon release, returned to his practice of theft. He was arrested in 1997 with charges pertaining to burglary of antiques, and he was arrested numerous times throughout the 2000s as well.

According to Blumberg’s father, at times after his release from jail, Stephen would sleep inside his abandoned Ottumwa home. He was also still in the antiques business and “making money […] I’m always getting calls [from] antique dealers for Stephen.” The structure was damaged by fire in May 1999, and it was torn down in December that same year.

Finding information about Blumberg’s whereabouts or engagement with the antique or rare books business since the early ’00s is not readily available.

The Blumberg Effect on Libraries and Archives

One of the biggest realizations in the wake of the Blumberg thefts was how little security or guidance for security existed for rare materials, especially in academic collections. Blumberg had been able to sneak into dozens of special collections and archives to build his bounty, and he did so through research of the institutions alongside minimal formal security. This was a time when information was harder to track, as digital collections and record management wasn’t yet widespread.

Though the libraries, especially those along the west coast, had a robust communication system which helped slot the pieces of this theft together, they never anticipated getting their materials back. They did, though it took time as the FBI sorted through the millions of dollars of items in Blumberg’s possession.

Some libraries didn’t know they’d had material stolen until it was returned by the FBI. A survey sent to 170 institutions that had had items returned noted that only 14 knew when Blumberg had visited and taken items from them. That same survey asked if institutions had regular inventories of their materials prior to Blumberg, and only 42 of the 143 that responded did.

It wasn’t only large institutions. Blumberg hit small libraries as well, including one that served a population of under 350. Size of institution didn’t matter to Blumberg. If the items were valuable, he wanted to them, even if only to be their caretaker.

Security became a major topic of conversation within the rare materials community thereafter, and more standards were implemented where they hadn’t been before. As technology made communication among institutions even easier, as well as made security and digitization more accessible, acceptable, and expected, professional organizations have worked to ensure that the safety of priceless goods in such repositories stay available for research, study, and secure use for generations to come. More cameras, more security cards, and better inventory practices don’t limit scholars or library users from utilizing the materials — that’s what institutions want to happen — but they are there to cut down on the possibility of those like Blumberg making them altogether inaccessible.

It’s impossible to assert that we will never see a book theft like this again, but thanks to the Blumberg case, special collections have engaged in stronger measures to catch suspicious behaviors more quickly.

Notes on Sources and Further Reading

I was reminded of Blumberg thanks to the recent story of Filippo Bernardini and his years-long theft of pre-published manuscripts that left more questions than answers.

Much of the information is synthesized from news articles, including this piece at The Washington Post and this one at The Chicago Tribune. Bits of this story come from what I was told and learned when I took part in analyzing responses from the Blumberg surveys used to develop guidelines in Everett Wilkie’s book Guide to Security Considerations and Practices for Rare Book, Manuscript and Special Collection Libraries.

You can also read more about Blumberg and others driven to book obsession in A Gentle Madness: Bibliophiles, Bibliomanes, and the Eternal Passion for Books. The recently-released The Last Bookseller: A Life in the Rare Book Trade also includes a portion dedicated to author Gary Goodman’s encounter with Blumberg.