This content contains affiliate links. When you buy through these links, we may earn an affiliate commission.
Ace of Spades by Faridah Àbíké-Íyímídé with Fierce Reads 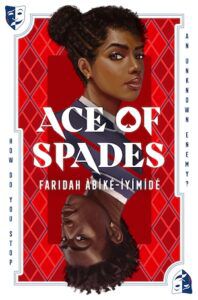 Today's edition of Daily Deals is sponsored by Ace of Spades by Faridah Àbíké-Íyímídé with Fierce Reads.

$1.99 The Undocumented Americans by Karla Cornejo Villavicencio
Get This Deal
$2.99 Girls Made of Snow and Glass by Melissa Bashardoust
Get This Deal