Riot Headline Who Can Get Your Book Grades Accessibility in the Age of Exclusives, Restrictive Licensing
Flatiron Books, publisher of Being Lolita by Alisson Wood 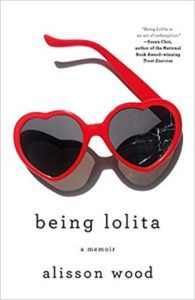 Today's edition of Daily Deals is sponsored by Flatiron Books, publisher of Being Lolita by Alisson Wood.

$1.99The Deep by Rivers Solomon, Daveed Diggs, William Hutson, Jonathan Snipes
Get This Deal
$1.99American Royals by Katharine McGee
Get This Deal

The Price Guide to the Occult by Leslye Walton for $4.99

Ayesha At Last by Uzma Jalauddin for $4.99

The Paragon Hotel by Lyndsay Faye for $4.99

The Ballad of Black Tom by Victor LaValle for $3.99

How to Find Love in a Bookshop by Veronica Henry for $1.99

Yaqui Delgado Wants to Kick Your Ass by Meg Medina for $2.99

The Rosie Project by Graeme Simsion for $2.99

The Saturday Night Ghost Club by Craig Davidson for $1.99

The Distant Hours by Kate Morton for $2.99

Blue Monday by Nicci French for $1.99

Other Minds by Peter Godfrey-Smith for $2.99

River of Teeth by Sarah Gailey for $3.99

X: A Novel by Kekla Magoon and Ilyasa Shabazz for $0.99

Younger by Pamela Redmond for $1.99

Monstress Vol. One by Marjorie Liu, Sana Takeda for $4.99

Not So Pure and Simple by Lamar Giles for $1.99

Tell the Truth & Shame the Devil by Lezley McSpaddena for $0.99

The Mermaid, the Witch, and the Sea by Maggie Tokuda-Hall for $4.99

Brown Girl in the Ring by Nalo Hopkinson for $2.99

This Book is Anti-Racist by Tiffany Jewell and Aurelia Durand for $2.99

And Sometimes I Wonder About You by Walter Mosely for $4.99