Reading is Fundamental, Riot children, and no one knows that better than a drag queen! This week the seven sisters of RuPaul’s Drag Race became six, and the remaining queens are battling their way to the top with charisma, uniqueness, nerve, and talent.

We at Riot headquarters are standing by with the best secret weapon of all: personalized reading recommendations to help each queen make her bid for that glamorous rhinestone tiara. So grab an Absolut cocktail, slip into your sexiest librarian drag, and crack open one of these books in the Interior Illusions Lounge: 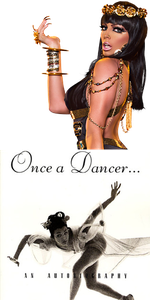 Alyssa was probably a freight-hopping crust punk in her former life, but now she’s a beautiful fairy princess who stole guest judge Leslie Jordan’s heart. Alyssa will never snatch the crown on her intellect alone. She’s a dancer at heart, and she’d better play to her strengths if she’s going to claw her way to the top.

ONCE A DANCER by Allegra Kent 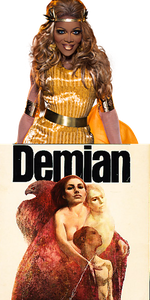 Coco’s a flawless pageant queen with magically color-changing eyes, but her bitter feud with Alyssa Edwards has cost her several major missteps. Girl loves to play the victim, and RuPaul ain’t buying what she’s selling. If Coco’s going to win the crown, she’d better pack her best sequin gown for her spiritual journey. Otherwise she’ll be sashaying away.

For Coco, we have some heavy-handed German Bildungsroman! DEMIAN is secretly all about Hesse’s own mental anguish and spiritual awakening after spending two years in intensive psychotherapy with a Jungian analyst. Coco doesn’t have two years to spare, but hopefully she can make it through the book a little quicker than that.

Underneath Roxxxy’s flinty pageant exterior, she’s just a thick and juicy queen who’s still dealing with the emotional fallout of getting left at a bus stop by her mom when she was three years old. For Roxxxy to go the distance, she needs to stay naked and vulnerable.

Sedaris fans are often divided on NAKED, but I think it’s his very best work. In it he achieves the perfect balance of bitchy snark and tragicomic family realness. Roxxxy would do well to take a page out of the Master of Mean Girl’s book and embrace her own vulnerability while lip syncing FOR HER LIIIIFE in a slinky sequins dress. 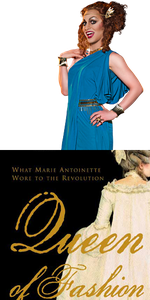 Jinkx-y is a brilliant camp queen, which means she’s got a giant bulls-eye strapped to her forehead. Ru, Michelle, and Santino have been known to blast previous comediennes. For Jinkx to win, she’s going to have to tone down the Grey Gardens and crank up the Marilyn Monroe.

QUEEN OF FASHION: WHAT MARIE ANTOINETTE WORE TO THE REVOLUTION by Caroline Weber

Because she’s so brainy, Jinkx is sure to eat up this high-fashion political exposé of the most glamorous diva of all time. Sandwiched between the juicy historical bits, Jinkx will find TONS of inspiration for sky-high hairdos, flawless makeup, and glamorous crimes against fashion. 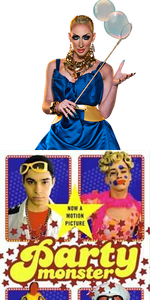 Detox admits to being more silicon than not, and it shows. She’s called herself “edgy and editorial mixed with Jem and the Holograms and Patrick Nagel on crack.” I can’t resist a good Jem reference any more than the next girl, but really? Detox needs to put her money where her mouth is. Lightning earrings and frumpy jellyfish dresses do not a drag superstar make.

PARTY MONSTER: THE FABULOUS BUT TRUE TALE OF MURDER IN CLUBLAND by James St. James

Detox needs to read something as outrageous as she claims to be, and PARTY MONSTER might just fit the bill. With club kids, divas, drugs, and blunt objects, PARTY MONSTER is about as gonzo as drag gets. So don’t get all true crime on us, Detox, but do serve a little more Misfits realness, please. 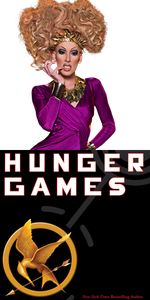 Alaska has slowly been molting her Sharon Needles cocoon, and finally became a beautiful butterfly when she severed ties with Ro-Laska-Tox. The crown can be Alaska’s if she stays true to herself and doesn’t step back into anyone’s shadow.

THE HUNGER GAMES by Suzanne Collins

I think Alaska has a real shot at the crown, which is why I want her to sit down and read THE HUNGER GAMES right this very minute. Katniss Everdeen has all the ingredients of a fierce drag diva: reality TV fame, sickening wardrobe, a fighter’s spirit, and a heroine’s heart. Just follow the Girl on Fire’s lead, Alaska, and may the odds be ever in your favor.

Did we get it right? What books do you recommend for your favorite RuPaul’s Drag Race contestant?