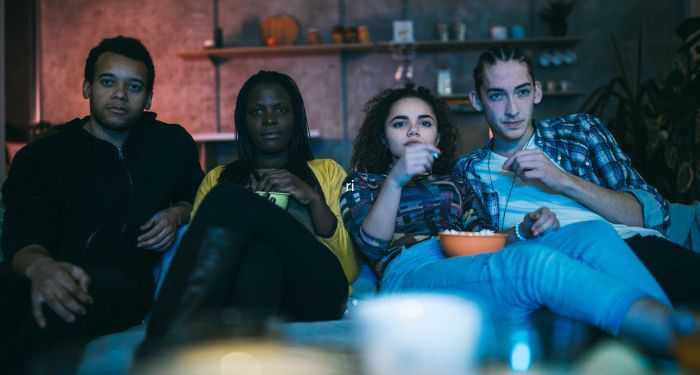 People approach books and their adaptations in different ways.

I guess that most book lovers will want to read the book first, and then watch whatever adaptation comes out. Still, I’m sure that there are also people who actually prefer to watch the movie first for several reasons, the most prominent being the fact that on-screen adaptations are quicker to absorb, potentially making it easier to understand what we are being told, since the use of video and their length tend to put aside the need for the whole worldbuilding books sometimes require.

Although I am partial to the read-the-book-first-and-watch-the-movie-later approach — which often ends up with me being too late to watch the movie in theatres by the time I get around to finishing the book — there have been instances in which I have gone for the exception.

In the case of the new Little Women, for example, I watched the movie first. I absolutely love Saoirse Ronan and I couldn’t risk missing it in cinemas, but my relationship with classics is tricky, so I had to choose the option which suited me best. I haven’t gotten around to reading the book yet, but I am truly happy I did get to see the movie.

For Neil Gaiman and Terry Pratchett’s Good Omens, I also listened to the BBC radio adaptation — which is freaking fantastic — before reading the book. When I got to the book, I realised that listening to the radio drama first was actually the right thing to do, because I for sure would have been confused had I picked up the book alone.

The adaptation helped me understand the book, characters, and plot well enough to let me appreciate the book a lot more. Despite these exceptions, I am still, at my core, very much a book-first kinda gal.

The problem with this book-first approach, though, is that books don’t really abide by the time limit most other mediums do. This allows for them to include much more detail than any movie, or series, is able to offer. And this, unfortunately, leads to a lot of disappointment once it gets translated to such mediums.

This is where my own experience with this disappointment, and how to deal with it, may come in handy for you.

A few years ago the news came out that The Book Of Chameleons by José Eduardo Agualusa was going to be turned into a movie adaptation. This movie, with Lázaro Ramos and Aline Moraes in the cast, was a Brazilian production.

I was ecstatic; it isn’t every day that you get an adaptation of a book you love, even more so from a non-English writer, and I was really looking forward to seeing it.

Of course, as it always happens when I hear news of a book adaptation, along with the excitement came the fear: this was one of my favourite books by one of my favourite writers. What if they ruined it for me? Then a social media post from Agualusa himself gave me a perspective I had never considered before.

Expecting some retaliation from fans of the book towards the movie — which turned out to be loosely based on the book rather than a more or less faithful adaptation —  Agualusa advised readers to look at the movie for what it was: first, a movie; second, a movie based on the book, but independent from it. The story on the screen would have elements that readers would recognise, but it should be regarded as a separate thing.

He asked us to (re)view it as such: not as an intricate and detailed account of the book — maybe not even related to the book at all — but as a movie in and of itself.

This advice opened my eyes. I went into the movie to appreciate it as a movie, rather than as something belonging to the book I read and loved. And it worked. Although, as I pointed out above, a lot of the particulars of the book didn’t make it into the feature, it was still a pretty well-made, interesting, and engaging story, with a fantastic cast of actors. And I could still recognise many of the elements in the book in it.

Of course, if readers (including myself) were given the choice, we would have very detailed and long adaptations of our favourite stories. But it is worth going into an adaptation with an open mind and, when not entirely faithful to the original, still learn to appreciate it for it is, to take a step back from what we have read, considering the adaptation as a solo adventure.

This is not to say readers can’t — or shouldn’t — feel betrayed by adaptations, especially when there is so much focus on the original books: some movies really get the core of the book completely wrong, and will even go as far as completely twisting it, and that is always a shame. As consumers of literature and all its adaptations, we have all the right to demand better.

But, just as a way to soothe ourselves, and still find something of worth in the adaptation we are offered, it is indeed a clever approach to go in with an open mind, accepting that things might be different. And to still enjoy it. A little bit of preparation to avoid too big a disappointment.

Books will almost always offer us a panoply of narrative devices any other adaptation — be that movies, theatre plays, radio dramas, or podcasts, to name a few — simply may not have the capacity to convey. This doesn’t necessarily need to diminish their independent value.

By learning and internalising this, we will have plenty to gain from adaptations all around, be these very close to the original, or with (the usually unwanted) deviations.