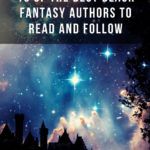 As voracious a book dragon as I am, there have been a few genres I could never sink my teeth into. One is true crime; the world is ugly enough and I don’t like reading about the rehashing of real bad stuff that happened. My sister, on the other hand, has a fixation with it. Another is historical nonfiction, although I firmly believe in learning history to avoid repeating. I have read books in both of these genres but they’re ultimately not for me. Then there’s fantasy. And I’m honestly not sure why. I am a gal who enjoys renaissance fairs and role-playing games. One would think fantasy would be right up my alley. Still, these books never caught my attention the way other genres did.

A few years ago, I realized why. A majority of the more ‘popular’ books in these genres were written by old white men. The stories written by these old white men had more than slightly racist overtones. They also had more than slightly misogynistic overtones. And they came from a time of creative writing where you had to describe every single blade of grass that the main character walked upon. When you factor in that writing style with the in-depth world building that fantasy entails? Yeaaaah…the word tedious doesn’t even begin to describe it.

However, in recent years this has changed and I find myself drawn to these genres more. Fantasy is no longer restricted to far away kingdoms with a group of people who do nothing but walk, and Black authors have come in and demanded their rightful place. They are flourishing in a field that originally didn’t want them. And honestly? They. Are. Killing It. Below you will also find a list of some of the more prolific and hard-hitting Black fantasy authors that have firmly staked their place, not only for now, but for years to come.

13 of The Best Black Fantasy Authors

As an aside before we begin, there tends to be an overlap between Fantasy and Science Fiction. A few of these Black fantasy authors below may straddle that line. As such, the shorthand SFF will be found a few times in this article. They are still worth picking up and giving a read even if you feel you prefer one over the other, because you never know what you’ll find out when you give a new book a chance! 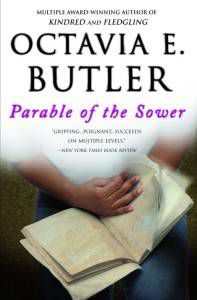 There is a reason Butler’s name always appears on these types of lists. She helped to plant the seeds for other Black authors to flourish in this field by demanding a spot of her own. Her ideas were innovative and unique weaving together aspects from various folklore and religions into masterful tapestries. I have personally only read Wild Seed, which I didn’t enjoy because (slight spoilers), no matter who is behind the pen you can’t make eugenics work for me. Even with that being a factor, I still recognized the beauty in the book, and acknowledge she has more than earned her crown. Parable of the Sower is also a good jumping off point for her works.

Okorafor is an author whose talent spreads in all areas of SFF. From Akata Witch to the Binti series, she has a strong presence in this field and isn’t going anywhere. She has also won awards from Hugo, Nebula, Lodestar Awards, Locus, and World Fantasy. Additionally, her debut novel Zarah the Windseeker was the winner of the prestigious Wole Sayinka Prize for Literature. She has written comics for Marvel in the Black Panther and Shuri series. She also co-wrote the adaptation of Butler’s Wild Seed with stage and screen powerhouse Viola Davis. You’ll likely be happy with any of her books that have been listed here.

Jemisin is the first Black author to have ever won the Hugo Award in the ‘Best Novel Category’, as well as the first to have done it three years in a row. I was recently gifted The City We Became and am super excited to read it. I’m taking my time with it though. After reading the first chapter, I realize that Jemisin is an author that you want to read slowly and savor the beauty in her words. Another good option is her collection of short stories, How Long ‘Til Black Future Month? This may be more science fiction, but it is still a good way to get introduced to her style of writing. 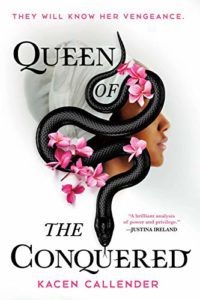 Callender is another author who has their hands in multiple genres. They also write for multiple age ranges. Their fantasy novels are found mainly in their middle grade and adult works. An advocate for the LGBTQ community, their books also do a great job of representing the multiple facets of sexuality and gender identity. It is very easy to find someone that you can identify with on some level in any of their books.  I recommend starting with Queen of the Conquered since that is one that is fully inspired by fantasy, and set in the the Caribbean. Plus, that cover is just gorgeous.

The late Leslie Esdaile Banks Peterson used this pen name for her paranormal novels. The Vampire Huntress series put a unique spin on vampire folklore in an urban setting. What sets this apart from others is that a Black female is the lead vampiric character. In the past, whenever there were Black vampire stories, it was a man who was the lead (see the Blackula movies or Eddie Murphy’s Vampire in Brooklyn). If you’re a stickler for reading in order like me, I would recommend Minion first. Be forewarned that a majority of this story is spent setting up the world and the vampire lore it uses. Admittedly, this makes it feel a bit disjointed in some places. However, there is still enough action and story to keep you coming back for more.

I met LaValle through the popular ‘Blind Date with a Book’ series at my library. That book was The Ballad of Black Tom. It is an homage to all things Lovecraft, a theme that can be found in his other works. He also wrote the introduction to The New Annotated H.P. Lovecraft: Beyond Arkham, discussing Lovecraft’s influence on the genre in the years since his death. One thing I appreciate about LaValle, as well as Jemisin, is that they take the lore of Lovecraft, someone who was notoriously racist, and put their own spin on it. It gives me all the giddy feels. I would recommend starting with either The Ballad of Black Tom or The Changeling. I am unsure if the parent in me will let me get through the latter, so I have enlisted the aid of fellow bookish friends to vet it for me. Don’t let my hang-ups keep you from a good tale, since I have heard nothing but good things about it.

Baptiste began her career as a teacher and then a textbook editor. One of the first books she wrote was Minecraft: The Crash which debuted on The New York Times Best Seller list in 2018. Her most well-known book is The Jumbies, which is now a middle school series. It takes place place on a Caribbean island and incorporates the folklore that the Caribbean is rich with. Full of supernatural creatures with a strong, plucky female protagonist, this one is sure to delight children and adults alike. 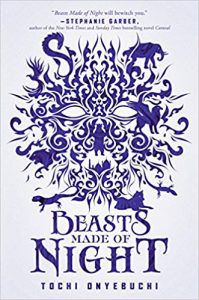 Reading over Onyebuchi’s website illustrates all the ways he’s a SFF nerd. And I love it. From the picture of him in an April O’Neil shirt to his wish for a new album from System of a Down (right there with you friend), everything about him shows his love for this genre. His short stories have been published in Omenana and Asimov’s Science Fiction. His longer works include War Girls, which takes place in the year 2172 and his first adult novel, Riot Baby which was published by Tor.com one of the biggest publishing names in the SF&F field.  It is also a good candidate for a first book to read by him or Beasts Made of Night.

Since his first book The Intuitionist in 1999, Whitehead has been a force to be reckoned with in the literary world. He is this year’s recipient for the Library of Congress Prize for American Fiction. This makes him the youngest winner for this accolade. All of his books have a mythical or magical feel to them. From the dystopian society of the aforementioned novel and Zone One to the magical alternative universe in The Underground Railroad, he has covered the expanse of SFF. In terms of where to start, I would recommend either The Underground Railroad or Zone One. The latter takes place in a post-apocalyptic New York. And while the former does deal with an actual historic thing, it puts a magical realism spin on it that is enjoyable as much as the subject matter allows it to be.

A twisted version of Wonderland with an urban setting and a Black butt-kicking Alice? Yes please. While McKinney is relatively new to publishing—although not for lack of trying—A Blade So Black slammed into the book world in 2018. It made readers eager to learn more not only about the author, but also her spin on Alice’s Adventures in Wonderland. The first two books are available now and the last in the trilogy is set to release next April. This may change depending on how the real world situation pans out by then, but I know that the world is eagerly awaiting the final installment in this series.  And she also has a graphic novel on the horizon titled Nubia: Real One, which is about Wonder Woman’s twin sister. 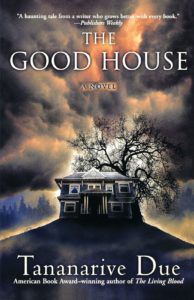 Due is a formidable presence in the SFF field and the horror genre. She is a teacher at UCLA, specializing in classes on Black Horror and Afrofuturism. She was also a producer and interviewee on the outstanding Shudder documentary Black Noire: A History of Black Horror. In short? She knows her shit. I’m a huge fan of the haunted house trope so I’m going to recommend starting with The Good House. It’s about a woman who returns to her haunted familial home to fight the demonic forces that have been attacking her family for years. Don’t all ancestral homes have this problem?

Ireland may be mostly known for Dread Nation, an alternative reality zombie filled novel that takes place after the Civil War. She has written other things in SFF, including books in the Star Wars franchise. Like Due, she also dabbles in horror. She penned a series of books for younger kids that take place in the why-would-you-even-live-there town Devil’s Pass. Zombies also run rampant there, so if that is your supernatural baddie of choice, you’ll be pleased.

Okay so this one is cheating just a little bit, since Legendborn won’t be out until September. But it is already generating quite a buzz with some of us Rioters. And, looking at the synopsis, who could blame us? A King Arthur and Merlin spin with a young, strong, and Black female protagonists? Sign me up!

Another recommendation is A Phoenix First Must Burn which is a collection of various stories Black female authors, some of which have been previously mentioned.

What do you think of our list? Did we overlook any of your favorites or entice you to discover a new-to-you author? Let us know over on social media.