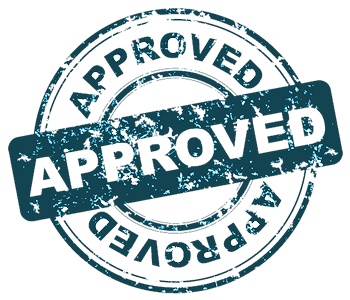 In Beyond the Books, Book Riot contributors recommend stuff that isn’t about books. From apps to zines, our recommendations are as wide-ranging and idiosyncratic as we are–and as we know you are too.

TV: A girl can only see so many supercuts of Claire Danes doing the ugly cry before she breaks down and on-demands the shit out of Homeland. I wish I could tell you I’ve been mainlining episodes back-to-back-to-back, but this stuff is intense! Spies! Intrigue! Infidelity! (And maybe infidels!) The woman from V, actually not looking like a reptile! It’s so awesome, I’m going to be a little sad when I get caught up with the live airings and have to wait a week between them.

App: Sleep Machine: I don’t know about you, but I need my bedroom to be as close to a sensory deprivation chamber as possible. Make it cold. Make it dark. Make it quiet. This is easy enough at home, but I’ve been traveling a lot lately, and I got tired of toting the huge (but awesome) white noise machine around with me. After downloading and trying out a handful of white noise apps, I’m totally in love with Sleep Machine. The white noise is perfect, and it goes all night (that’s what she said). I got the lite edition, which is free, but for $1.99 you can have 90 sounds, if you’d prefer to fall asleep to whale songs or a crackling fire or wind chimes or whatever.

TV: Finally catching up on Fringe from last season. Unclear as to why anyone acts with any kind of disbelief ever on that show any more. Yes, something weird is happening. WHY ARE YOU SURPRISED YOU HAVE BEEN DOING THIS FOR MANY YEARS. But Joshua Jackson? Still dreamy.

Music: Um, rdio.com is the best thing to happen to my life in a very long time. I can listen to really embarrassing music without having to buy it! Because once it’s in your iTunes library, you have to admit you really like it. (I understand you Americans have had these types of services for ages, but rdio.com is the first one for us in Communist Canuckistan and it is a delight.)

Food: If you are gluten-free and haven’t yet had Trader Joe’s gluten-free, dairy-free pancakes, GET THEE TO TJ’s. They are actually amazing and don’t have that weird ambiguously gritty texture about them. Win.

News: American election coverage — JUST KIDDING. Thanks for sorting that out, America, so that Canadian news can be about Canadian things again.

TV: Bones, which I’ve started watching obsessively on Netflix. Oddly, I’m on season seven and still can’t stand Bones (the character)- she’s rude, inflexible, arrogant and self-centered- but the secondary characters are so great that I can’t stop. And I love a good police procedural.

Cocktail: Apple brandy and maple soda. I first had this at a local restaurant called Acacia, and I have made it my life mission to recreate it.

TV: Upstairs/Downstairs, and preparing ALL the Christmas movies to watch in the gap between U/D season finale and Downton Abbey season premiere. Also, Up All Night, Revenge, and Nashville (there is no method to my madness)

Holidays: Trying to get over my fear of making grand messes to try to create some of the DIY holiday projects (and gifts) that I’ve pinned… have I mentioned I’ve been on Pinterest lately? 😉

TV: Paul Blackthorne! Did you know he is British? I did not know that until about a week ago. He’s currently playing a cop in the new sort-of-comic-show Arrow (and he is one of the few things I like about the show), but seeing him there as led to a resurgence of The Dresden Files in my apartment. He was my first Harry Dresden, and when I read the books it’s his voice I hear making the wisecracks.

More TV: As much as I enjoyed Sherlock, Elementary is my new homes (GET IT?!). Lucy Liu is absolutely killing it as the doctor/reluctant helper Joan Watson, and Jonny Lee Miller is bringing a brilliant balance of neuroses and occasional flashes of humanity to Holmes. Plus, the recent episode “Lesser Evils” reminded me of how much I used to love hospital dramas before Grey’s Anatomy went off the deep-end.

Stuff: I bought myself a Moleskine USB Booklight right before Hurricane Sandy hit, and I am completely in love with it. It uses LED lights instead of bulbs, so they’re indefinitely rechargeable, and it plugs into your computer to do so, which makes me feel like I live in the future. I was worried at first that it would be too bendy for using effectively with paperbacks, but I’ve used it on trades and mass markets and it’s just fine. Bonus: it comes in blue and orange as well as black!

Stuff: EOS lip balm. As a die-hard Burt’s Bee-er for many years I never thought I’d find another lip balm, but these little balls of fruity deliciousness by eos are divine. And? Even though the clever ball-shaped packaging lured me in, it turns out to have practical benefits too! They’re totally easy to find in the bottom of your bag. So far the green honeysuckle honeydew is my favorite.

TV: Nashville. All of Tami Taylor’s charm packaged up in the form of an aging country music star in love with her guitarist but loyal to her husband. Plus, a cutie-patootie up and coming singer songwriting duo, AND a diva-esque sexy Taylor Swift kind of singer. All I can say is OH HELL YES.

TV: If you haven’t tried Parks & Recreation starring Amy Poehler, then I’m not sure we should even be talking. Set in the Parks Department of a mid-sized town of Pawnee, Indiana, the show follows a perpetually optimistic government bureaucrat, Leslie Knope, trying to make a difference. The show is just into its fifth season, and I really think every season has gotten better. If you stopped after the first, I urge you to pick it up again — the show has balanced out Leslie’s dopiness and made her the kind of person you root for. Plus, her romance with accountant turned campaign manager Ben Wyatt is nerd love at its best. I totally love this show.

Drinks: I live in a small town, so it’s not often that I find a new variety of tea to fall in love with — our grocery store stocks the basics, and not much else. But during a recent trip to the Twin Cities, my sister introduced me to World Market (which I could be a thing I love by itself) where I found The Republic of Tea’s Blood Orange Cinnamon Tea. I’m not sure what it is about this black tea blend, but I haven’t drank anything else for like a month.

Food: It’s December  and that means it’s time to bust open some tiny doorways in search of chocolate! Last year, my sister surprised me with the ne plus ultra of advent calendars and this year, I’ll stop hoarding and share it with you: the Mazet advent calendar, which you can find online. Instead of the usual chalky molded chocolates, Mazet uses delicious chocolate-covered caramelized almonds and hazelnuts. The decorated front has detailed, adorable little scenes all over it, and I even learned a few French vocab words from the packaging. Joyeux fêtes, tous!

Do good and drink: Among all the much-needed charitable efforts to help Sandy victims, there’s one that makes my mouth water. Fort Defiance, a wonderful bar/restaurant in Red Hook, created “junk bonds”—buy a bond, and you get half your amount as a gift certificate to use when the Fort raises its flag again. And they’re fabulously illustrated with cocktail-world heros! If you haven’t been here before, trust me: The cocktails are a thing of beauty, and I wouldn’t be surprised if St. John Frizell creates a bittersweet new libation in honor of the superstorm. Art, commerce, doing good—do it!

Stuff: I love compliments. So it’s handy that the new Kate Spade satchel I’ve been toting around is generating lots of them. The bowtie pattern and doctor’s bag shape is both funky and traditional enough that it catches a variety of eyes – including an octogenarian in the grocery store checkout line and the ghetto fabulous teenage girl that was ringing me up. I love that it zips all the way down both sides so I can dig to the bottom for my keys, and that despite the smallish appearance, it can comfortably fit an 800-page paperback AND a 500-page hardcover, along with all the other crap I keep in my bag.

Website: Does anyone really enjoy the crush and stress of staring down the barrel of the holiday shopping gun? Okay, a rare few do. But most of us dread Black Friday and the month-long sprint into the holidays and the accompanying mall madness and/or the endless coupon emails bombarding our inboxes. Prepare to be astounded: Wantful.com is completely revamping my approach to gift-giving this year. Tell it who you’re shopping for, your price range, and a little bit about the tastes of the person to whom you’re gifting, and it spits back options for you to build a 12-gift bundle from which your giftee can select their present. And the choices are fantastic; ranging from the gourmet to the fashionable to the artistic, I struggled with narrowing down the choices to just 12 for each of my giftees. I promise, that is the most difficult part of the Wantful.com process.

TV: Newsroom. Trust me on this one. I hesitated when I was told to watch a show about the people telling the news, but boy is this good. I dislike TV where I have to turn off my brain so this is a treat since it feels real. They use real events as the backdrop for the news show, and there is plenty of drama. But be careful… you might learn something. As far as I’m concerned it’s the best thing on TV right now. But I still have Walking Dead season 3 to get to.

Music: The Deftones’ new album, Koi No Yokan. It means “that feeling you get when you meet a person you know you will eventually fall in love with.” It is heavy and yet smooth and soft. A sort of delicate heavy metal as only the Deftones can pull off.

Website: Dohop.com. The cleverest flight- hotel- and car search on the whole interwebs just got a facelift and is now prettier and faster than ever before. This is my day job so I may be biased, but go check it out and tell me I’m wrong. I dare you.