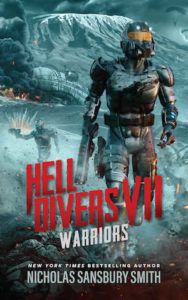 Gear up for the thrilling seventh installment of the New York Times bestselling Hell Divers series from Nicholas Sansbury Smith. Read by R.C. Bray. The mission to Rio de Janeiro ended in victory, but it came at a dire cost. Even worse, the skinwalkers’ leader, Horn, escaped with his demonic crew and is coming to take the throne. Back at the Vanguard Islands, as an injured King Xavier Rodriguez fights for survival, new intel from Rio de Janeiro gives humanity hope of destroying the biggest threat of all: the machines—if the machines don’t find the Vanguard Islands first. 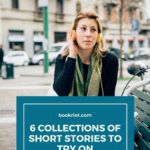 Back when I first wrote about short stories on audio, I had no idea we would be in a pandemic shortly thereafter and that all of our attention spans would be reduced to that of a goldfish. But all of these short story collections have come in handy as I find myself jumping from book to book, struggling to listen to anything for more than 20–30 minutes. These stories allow me to consume a book in short bites, receiving a whole narrative in one take. So if you’re struggling with reading as much as I am, here are a few more short story collections that are all perfect for those of us struggling to stay focused right now. 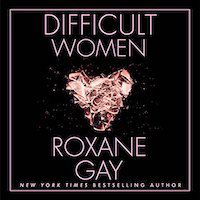 In one of my favorite short story collections of the last few years, Roxane Gay shares the stories of women who are deemed “difficult” by society or by the people around them. In stories ranging from a couple pages to a few dozen pages, these women tell how they are haunted by their pasts, trying to survive in a patriarchal work structure, or are faced with the manipulation of their husbands or lovers. Every story is a unique, perfectly polished gem, every word there for a reason. With Robin Miles narrating, this audiobook reaches near perfection. 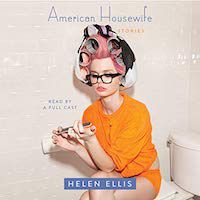 In this quirky collection, Helen Ellis writes about women in mundane circumstances that twist into something dark and thrilling. A jealous partner watches as women flock to her husband, the best bra fitter below the Mason-Dixon line. Two women living in the same apartment complex declare a feud that turns into an all out war. A book club conducts an initiation ritual like no other. And with the audiobook’s large cast, each story comes to life as the narrates take turns narrating the different stories. 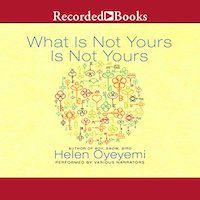 Helen Oyeyemi takes familiar stories and turns them into something fantastical. Each of these stories includes keys as part of its imagery or theme. While some authors might have stumbled over returning to a single idea or piece of imagery, Oyeyemi flourishes. Each story is more fantastical and jaw-dropping than the last, making this collection a page-turning read. This audiobook uses its multiple narrators to great effect, making it easy to follow from one short story to the next. 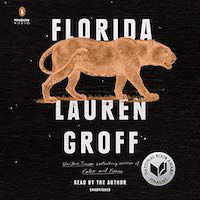 In her National Book Award finalist short story collection, Florida, Lauren Groff tells stories that always circle back to the Floridian landscape she calls home. There’s a story about snakes that had me checking around the creek before walking my Corgi, a story about a woman jogging around her neighborhood that I still think about when walking around mine, and a story set in France that still holds Floridian sensibilities. Groff also narrates these stories beautifully, giving voice to her characters in a way that only the author can. 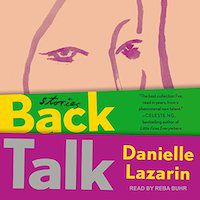 Back Talk by Danielle Lazarin, Narrated by Reba Buhr

In Back Talk, Danielle Lazarin examines women’s roles in society with a unique sense of her characters. She takes mundane situations and uses them as a platform to discuss larger issues around women’s lives. The women in these stories are afraid to name what they truly want as the world around them tries to force them back into the box of social acceptability. Reba Buhr narrates each story with such a rich quality to her voice that I went online and checked to see what else she’s narrated. (Spoiler: She narrated Victoria Schwab’s Cassidy Blake Series!) 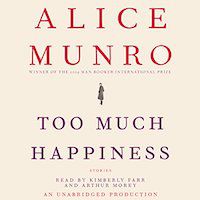 Too Much Happiness by Alice Munro, Narrated by Kimberly Farr and Arthur Morey

If you’re going to read short stories, eventually you have to read the master. Alice Munro won the Nobel for good reason. Munro writes entire stories with single sentences. There’s a timeless quality to her writing that surpasses whatever box I try to put her in. She fills each story with complex, well-rounded characters who are faced with difficult choices that at first seem mundane, but then as you read on, you realize this choice changed that character’s life forever. You can’t go wrong with whatever collection of Munro’s that you pick up, but one of my favorites is Too Much Happiness. There are two narrators who switch narration depending on who the viewpoint character is, giving an added layer of excellence to an already stellar collection.