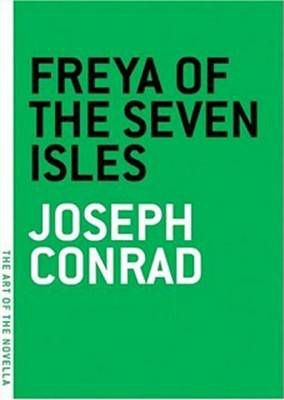 I have weaknesses for all too many things literary, and several of them coalesce into a loose grouping of “unimportant” works by “important” writers. It has led to a strange experience with many classic authors. For example, I recently read Willa Cather for the first time, but did I start with My Antonia or O Pioneers? No, I started with Alexander’s Bridge, a novella that doesn’t even take place in the West Cather is famous for writing about. I read Middlemarch as a teen, but when I returned to George Eliot ten years later, it wasn’t with Adam Bede or Silas Marner, but Amos Barton, the story of a mediocre English curate.

How does this happen? Length is often one culprit: I hardly ever met a novella I didn’t like, and many of these minor works are shorter than full-length novels. Design, and my reliance on editorial curation, is another, and with several presses currently at work reprinting “lost” or “ignored” classics, I do a lot of colophon-spotting.

Did I mention these books are also good? Not all of them, of course, but in my experience they are like unmined jewels, un-dived-for pearls, small, shiny, and often wonderful things that are all too easy to miss in a sea of better-known classics that you know you would love to read—if you had more time (or were less of an attention-deficient contrarian). And while it may sometimes be awkward to say, “Oh, yes, I’ve read Tolstoy…but not anything you’ve heard of, and certainly not War and Peace,” what book nerd doesn’t like knowing about books other people haven’t read?

Some of my favorites, encountered over the past several years: 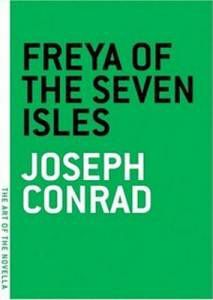 Freya of the Seven Isles by Joseph Conrad

Like the more commonly read Heart of Darkness, Freya of the Seven Isles is a novella, and it covers a general territory that will be familiar to most Conrad readers: taking place in the islands and waters around Southeast Asia, it tells the story of European traders settling among natives and navigating the complex political situation among several countries. Oh, and it’s a love story, about a woman named Freya and the two men who come to the middle of nowhere to woo her.

Conrad is not well known as a writer of good female characters, but Freya is magnificent. She has been raised on the sea, with her father, and she knows her mind—and when it will be to her advantage to hide it. She can also play piano as well as she can sail a ship, and the image of her pounding away at the keys in her father’s jungle bungalow is the one that stays with me still: a lush tropical island, a quiet, strong woman, and her upright grand, “thunder[ing] sweetly right over the sea.” 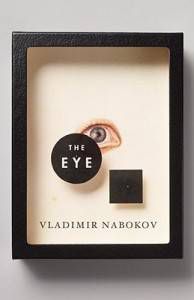 The Eye by Vladimir Nabokov

Light of my life, fire of my reading soul, Na-bo-kov…your pre-Lolita work seems so often neglected, and it just ain’t right. The Eye is not necessarily the greatest of these works, but it is short, and also extremely Nabokovian. The story of a young man in Berlin unsuccessfully ingratiating himself with a family (and, specifically, a young woman) has so many of the hallmarks: Russian expat in Berlin; confusing, difficult-to-follow narration by a less-than-sane man in a dreamlike state; a focus on memory, thoughts, and dreams; and, oh yes, quite an interesting reveal. It is absolutely of a piece with his later work to find a character who insists that “the only happiness in this world is to observe, to spy, to watch, to scrutinize oneself and others, to be nothing but a big, slightly vitreous, somewhat bloodshot, unblinking eye.” 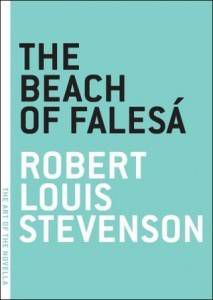 The Beach at Falesá by Robert Louis Stevenson

For those who know more about Dr. Jekyll and Mr. Hyde or Treasure Island than about Stevenson’s real life, it may be a surprise to find him writing about South Seas traders, but Polynesia is where he died and this novella set there is among his best work. The narrator, Wiltshire, is a white man with some ethics living and competing in a world of white men with pretty much none, and he arrives at Falesá to an almost immediate trade war. Also soon upon his arrival is his pretty much obligatory marriage to a native woman, Uma, who will, by the end of the tale, have made the issues of colonialism particularly personal and sticky for Wiltshire. I won’t say you’ll like him, but he makes for a fascinating storyteller. 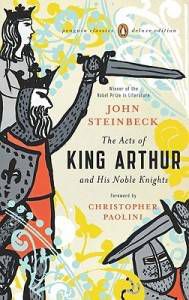 If you’re like most people, Steinbeck probably conjures notions of the Great Depression, if not of The Grapes of Wrath and the Dust Bowl then of agricultural or industrial workers in California and their own dusty, gritty lives. This is not that—this is just what it says it is, the story of King Arthur, originally conceived as a translation job, to put Thomas Malory’s stories “down in plain present-day speech for [his] own young sons.”

He didn’t manage to finish the job, which may have turned from a translation into something more like a retelling as it went on, but he did succeed in his overarching goal: to write in plain, readable, engaging English a series of delicious and time-worn romances. And Sir Marhalt reminds me of why not only this book, but this whole “genre” that is my kryptonite can be so rewarding: These lesser-known works are so often a quest in themselves, and “I had forgotten how good questing can be.”